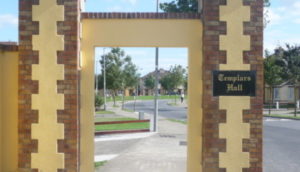 GARDAI raided a house in Templar’s Hall last night that was found to have over 50 people at a house party.

During the first lockdown, Templar’s Hall made national headlines after gardai broke up a house party with over 60 teenagers. Last night, at approximately 3am, while on mobile patrol in the estate, Gardaí observed a number of males around an address previously dispatched and cleared as a house party.

According to Gardai, the group entered the back garden and were observed attempting to gain access to the rear doors. Loud music and shouting could be heard from inside the house. Gardaí approached and observed a large crowd inside. They then entered the rear of the property under the Covid Regulations and directed people to vacate the house.

According to a Garda spokesperson there were 50+ persons present in the house. Names were taken of the tenants and landlord details. Matter is now being investigated as a Covid Breach and file will be forward to DPP.