Emer Ward-Powell on the satisfaction of success 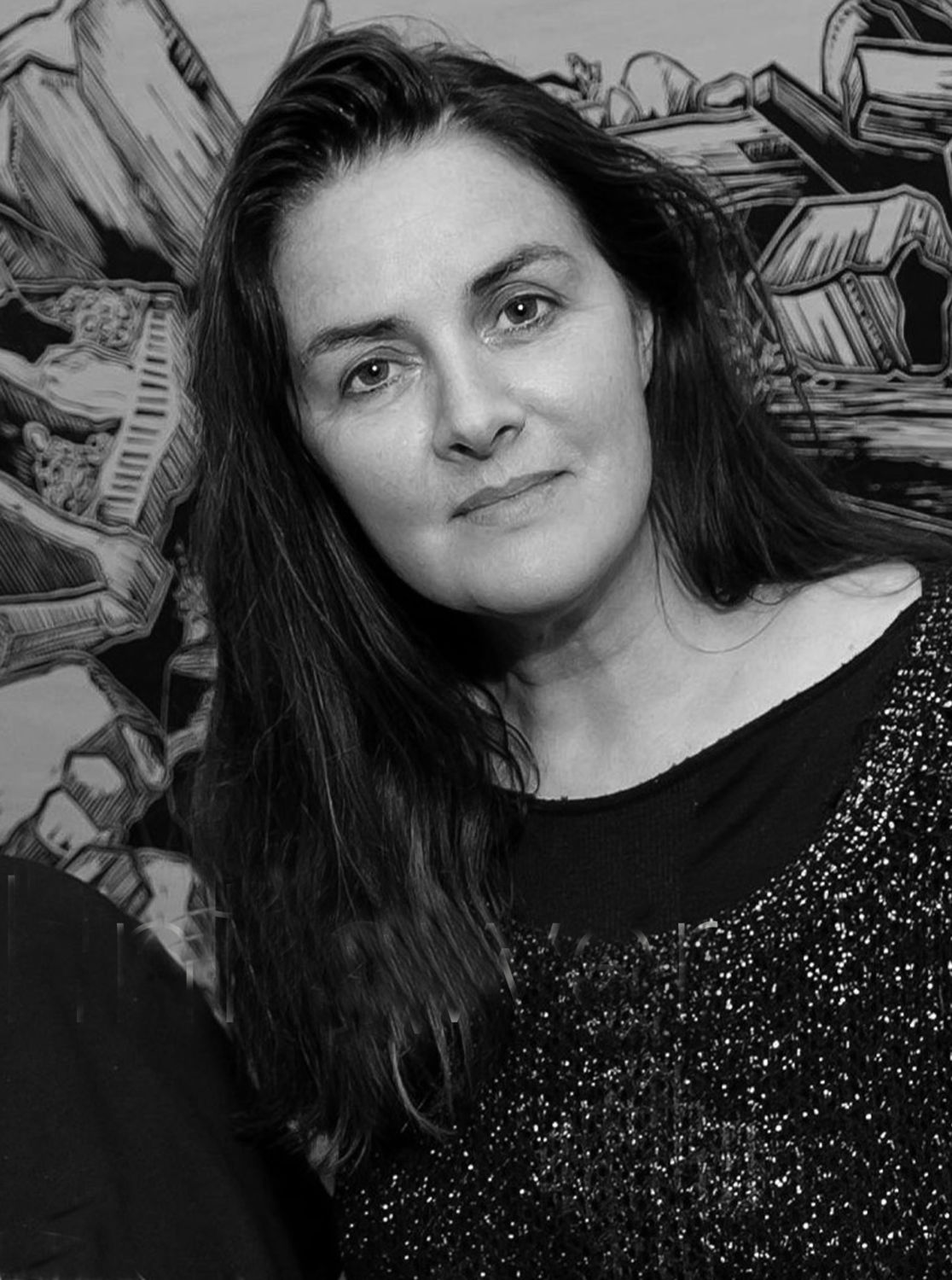 Pictured at Soma Contemporary Gallery for the opening of Dust Breeding, an exhibition of work by artist Fiona Kelly which runs from the Aug.11th. to Sept. 18th. were Jim”Flash” Gordan and Emer Powell.Photo: John Power

Emer Ward Powell attended the Loreto Convent private school in Clonmel from a young age, as soon as her father came home from sea. He was a Chief Engineer with the Merchant Navy and when he returned home, he bought a pub and became a businessman.

“A percentage of the nuns were so cruel, it was a stifling environment and I can honestly say that I didn’t learn an awful lot there, certainly not a lot to carry through life with me,” said Emer.

“We grew up in an area of Clonmel that was quite working class, and my father made the decision to stay there because he was representing that area as a politician. By day I was in a private school, and by evening I was at home in a working-class estate where most of the families worked in the boot factory. One half of the day I was killed, and the other half of the day, I killed.”

Emer grew up in a society and indeed an Ireland, which bred an employment culture of bank officials, civil servant and nurses. Outside of that, there was very little opportunity. Certainly, in school the expectation would have been that students would go on to succeed in some of these areas.

“Consequently, I spent most of my school days outside the classroom door or down in the Park on ‘the dag’ from school, lighting fires and smoking cigarettes, I had a ball. I didn’t see myself represented in any of these professions, none of it was for me.”

That interest in education came when Emer was around 45, having already been involved in the arts for a long time. In fact, it was the arts which brought Emer first to Waterford as a teenager, and it was the arts that kept her here. Yet, like many professions, a physical piece of paper is needed for any real money to be made, and she decided to pursue a degree.

“My timing was crap, really crap. They allowed me to complete a full BA in a year in WIT instead of four years. I then went ahead and completed a Masters in Arts and Heritage. I honestly found these so stressful because I had no academic background at all, I left school at 16 when I was finished school and that was it for me. When the Masters programme was over, I emerged into an Ireland in a massive economic recession. I completed my postgrad last year in Trinity and I came out of that into a lockdown. My timing overall was just awful, but my CV is huge. It was pure pig-headedness that kept me going.”

Attending college is daunting at any age, but making the decision to return to education as a mature student is arguably even more so. Yet, that pig-headedness that Emer refers to is her determination not to fail in her efforts at pursuing a degree.

“I couldn’t bear the thought of anyone saying, ‘Would you look at that Emer Powell one, she went back to college and fell out half way through it.’”

This work ethic is in no small part due to the values passed on from both of Emer’s parents. Coming from a family of engineers and designers, Emer was taught the importance of working in a profession that you love. These values, coupled with Emer’s self-professed ‘pig-headedness’ saw her lying to her parents at the age of 15, so that she could perform in the back of a van in Bellfield.

“I was often left back to school at 8am and I would get into my uniform in the ditches. I was eventually caught by my father and he wasn’t a bit pleased. I’ve been singing for most of my life but it really all started for me when I was 15.” 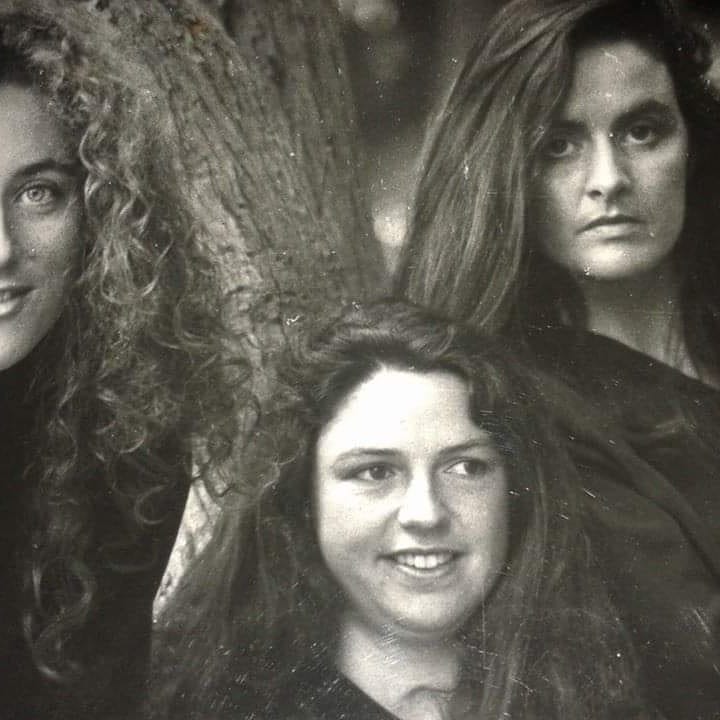 Emer joined many bands over the years but it was a very special trio who formed the band, ‘Miss Brown to You’ composed of Emer, Carrie Crowley and Jane O’Brien-Moran. Over a couple of years, they experienced enormous success touring the country, working with RTÉ and recording with various other artists.

“When Carrie and Jane left the group, I continued on with my sister and Paula Minchin from Kilkenny. We recorded in a studio in Limerick with Philip Donnelly who was well known as the Clontarf Cowboy. He worked with artists like Eric Clapton all around the world and I count myself as extraordinarily lucky to have had such an amazing experience.”

It’s only in the last few years that Emer moved away from music, having damaged her vocal cord following a burst blood vessel incurred during a stressful time in college. A traumatic time followed where Emer required the services of a speech therapist to teach her how to speak again.

“I needed this help for about a year and the whole thing just broke my heart. Everything I ever did was secondary to music, any job I ever had was always a way to fund my arts endeavours and my music. To lose your voice is like losing part of you, and who you are, it’s incredibly difficult to even put into words, I suppose I consciously try not to think about it. None of it rests easy with me.”

Despite this pain, Emer continues to work with her long-term friend Jim ‘Flash’ Gordon in Boxworks, where she facilitates the dreams of others.

“For me, even all those years ago when I started working in the arts, it has always been about helping someone else. Passing information and not being precious about it is important. What we have in Boxworks is an environment conducive to cross-pollination, where one company feeds off another and all help the other to grow. This idea of not sharing ideas and feeding out of the same war chest is nonsense, we all need each other. I helped Flash to design Boxworks, we both knew how we needed to approach a shared working space. When it was all done, I told Flash: ‘You need someone to run this place and I know how to do that so you aren’t giving the job to anyone else. I’m taking the job.’”

As good as her word, Emer took the job and she has poured her efforts into designing a living workspace which supports ideas and allows individuals to hear themselves and what they really want.

The turns full circle back to the values instilled in Emer by her parents, never to work in a profession which doesn’t make you happy. And it’s this lesson which she extols at Boxworks daily: that if this is what you want, the help is there; if this is not what you want, it is never a wasted journey.

“These are strange times, we are a space which encourages cross-pollination, encourages co-working and shared spaces. Yet, all of those events, all of the typical ways to cross-pollinate have all been stopped with Covid. Oddly enough, we are busier than ever because people don’t want to remote work at home on their own all the time, those who are in large offices want to move to smaller offices and we are seeing people adapting to new ways of supporting each other’s ideas and dreams.”

Every year, Emer looks forward to a traditional family Christmas, surrounded by a real tree adorned with decorations dating back to when her children were in Montessori school. These are surrounded by original Waterford Crystal ornaments from the 1970s, and most importantly, her children.

Although they are two adults now living their own successful lives, her children insist on waiting until Christmas morning for presents before loading the car up with treats and presents to share with their friends and housemates in Cork. In her words, “I flippin’ love Christmas.”

Having not seen her family since restrictions were imposed, Emer is looking ahead to Christmas this year with a sense of anticipation and hope.