“Your voice can travel to the forwards if you’re loud enough!” 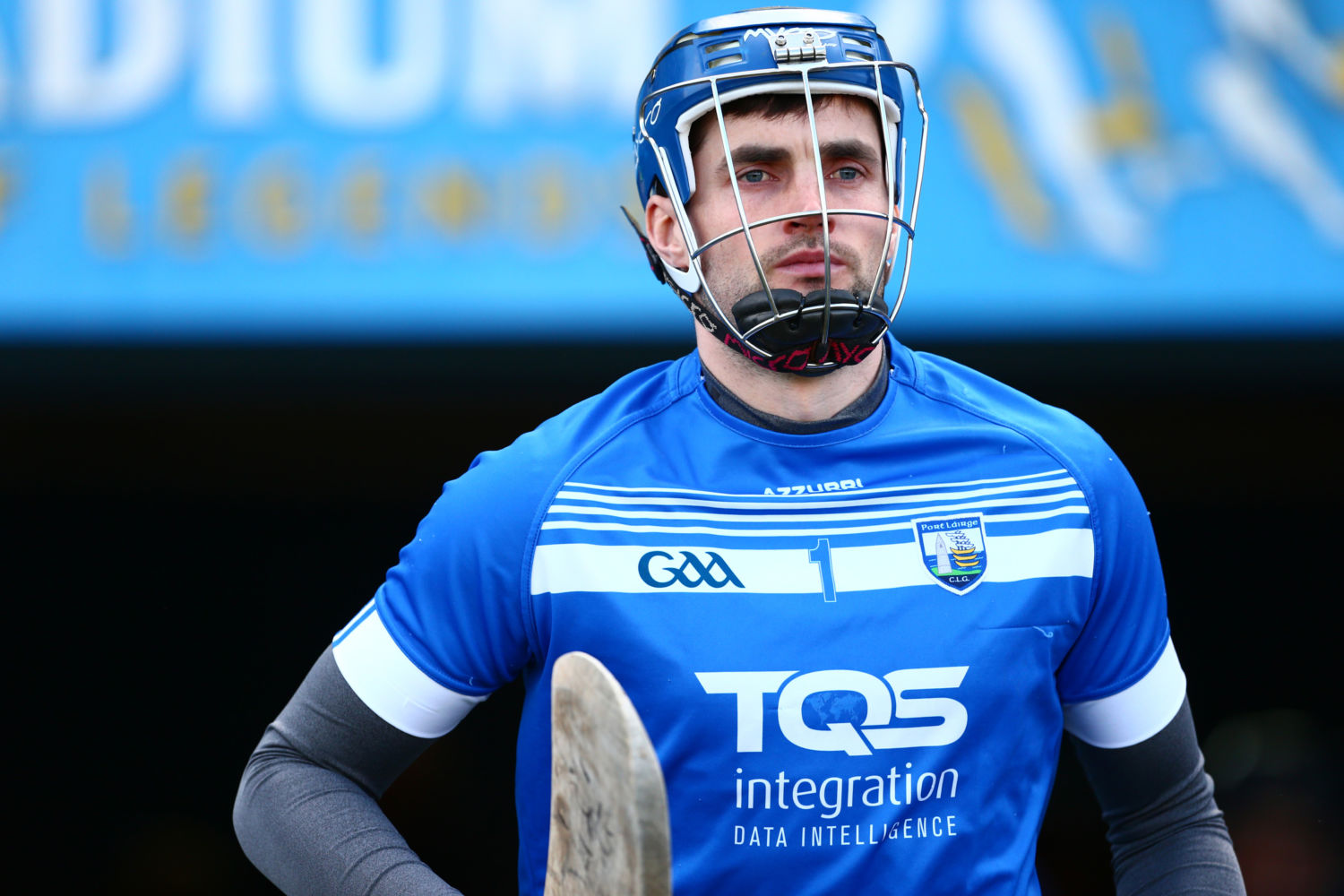 Waterford number one, Stephen O’Keeffe, will be in search of his first Munster SHC medal on Sunday against Limerick in Thurles. Photos: Inpho.

Waterford goalkeeper Stephen O’Keeffe will be barking out orders like Peter Schmeichel during Sunday’s Munster final.

Behind closed gates GAA means that players and management are making a racket on the field. “Communication is absolutely key for every team. We got a sneak peek of what it would be like in the club championship. What we found was that club teams were shouting at each other even more because you can actually hear each other from thirty or forty yards away. Usually, in a championship game, I could be roaring at the half back line and forget about it, they won’t hear a thing. You can only speak to someone very close to you on championship day with the crowds. What we’re finding now is that your voice can travel to the forwards if you’re loud enough which is totally unique and was never the case before. I think you’ll find every team trying to take advantage of it.”

Even without the crowd against Cork, it still felt like Munster championship for the 2017 All Star. “I can certainly say the feeling we had going out onto the pitch and the feeling we had during the game was a certainly a championship atmosphere and a championship tempo. Everyone was fighting for every ball. You could see it in our body language that we were very up for the game. I don’t think the empty stadium had that much of an impact that way. It didn’t feel anything close to a challenge match from where I was standing looking at all the tackles going in and stuff.”

Waterford went nine games without a championship win prior to that provincial semi final. It was a long time coming. “Relief is the first word that comes to mind. When the final whistle went, it was great to get a win. They have been few and far between. We have worked very hard all year. We were happy with how things were going. We were hungry for a win and maybe that was driven somewhat by having losses over the past year or so.”

The celebrations weren’t the same as all the players and backroom team drove up to Semple Stadium individually. “It was strange. We got some way used to it from the club championship so it wasn’t totally alien to us. In saying that, it was definitely a strange feeling having your pre-match meal in the kitchen at home and then getting in your car and driving to Thurles. It was an experience alright!”

He lost his clean sheet to a Patrick Horgan piledriver in the 73rd minute. “He has done that to a lot of goalkeepers! He has an awful belt on a ball and it just waivered as it came in and hit off the side of my hurley unfortunately and went in instead of the middle of my hurley and going out. It was one I was disappointed with alright at the time but as soon as the whistle went, I was happy to get the win.” 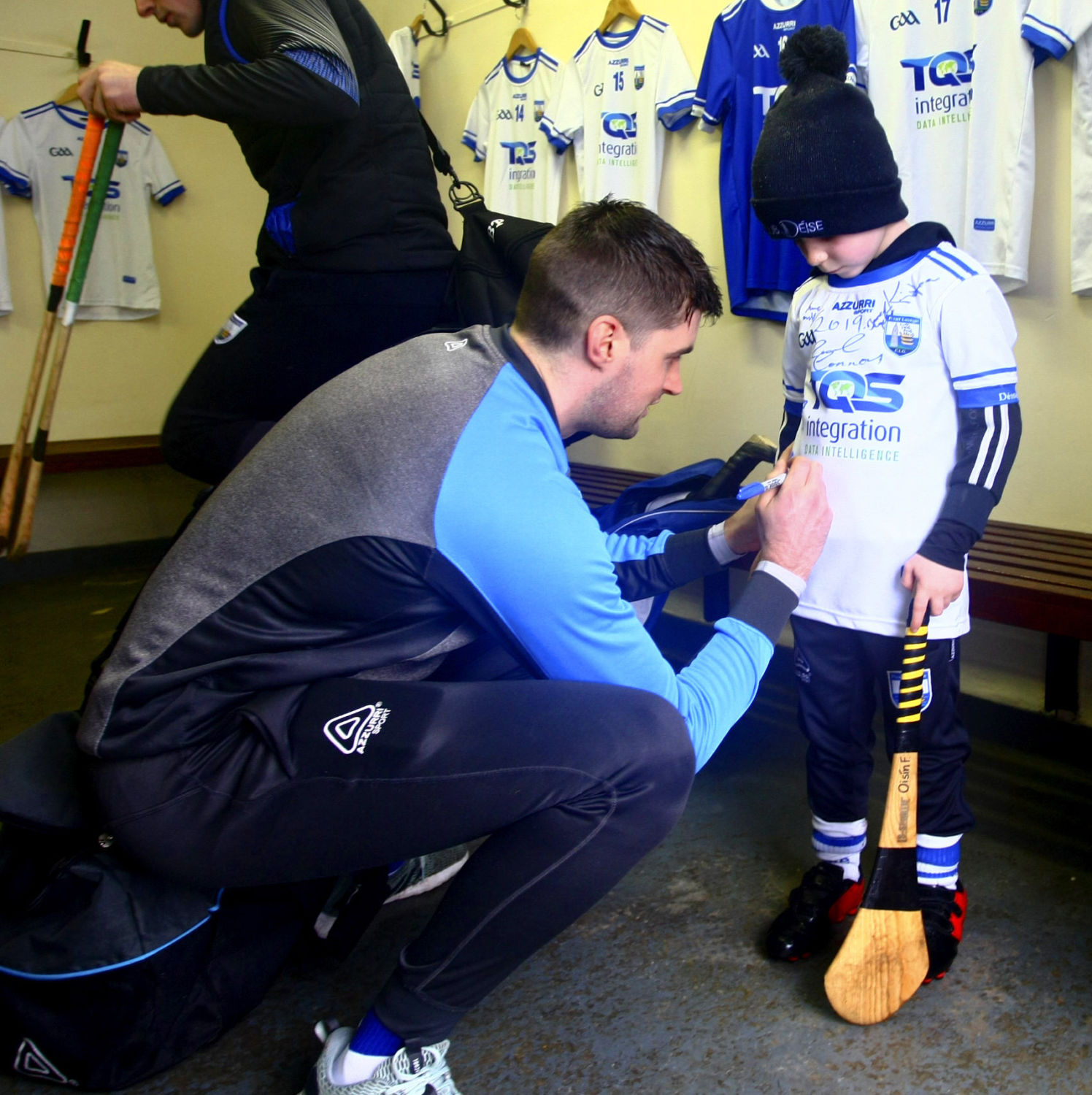 Injured captain Pauric Mahony was in Semple Stadium that Saturday evening and Socky sympathises with his stricken club mate. “It’s very tough for him. I’d hate to be in that position myself. You’re on the inside but you’re on the outside. It’s a very awkward place to be. I’ve been playing with Pauric for Waterford since under 14 or under 15. He’s been a constant with any team I’ve been in for club or county. Not having him there, even looking out for puckouts, it’s a bit different. Usually I can rely on him to make a move in the way I want someone to make a move! He’s someone you want out on the pitch; he brings everyone around him into the game and he demands standards and he drives the thing along. A huge loss, not just from a hurling point of view but from a leadership point of view as well.”

O’Keeffe and his colleagues looked after themselves during the lockdown. “At the start, like everyone, I attacked the presses and the cupboards! After a few weeks, a bit of reality hit that this was not going to go on forever and we were going to be back training at some stage. It was up to players individually to keep themselves fit and keep their touch in any way they can. I don’t exactly have a big back garden but I was hitting the ball off my house to keep my eye in. The last thing you want to do is come back into a situation like this, with thirty other lads, and you’re rusty or out of shape because you wouldn’t be long falling down the pecking order. Everyone realised that pretty quickly.”

He didn’t join the Ballygunner gang on the golf course. “I said I’d leave the golf until next year. I feel like I missed the boat in the first few weeks and missed the wave that took over a few of the Ballygunner lads! I’ll start playing a few games next year, it’s a big investment!”

In this unique championship, goalkeepers have two new elements to think about. The new ball for one. Is the yellow sliotar any easier to pick out? “I’ll put it to you this way, it’s no harder to pick out! I wouldn’t be a traditionalist and say keep it white for the sake of it. If it improves the game or if someone can see it clearer, fair enough. I don’t have a very strong opinion on it.”

There is the possibility of penalties as well but the Waterford number one won’t be swotting up. “You could look at penalty takers for Limerick in the past. I know Aaron Gillane hits a few and you could look at what side he has went but then he could hit it the other side and you feel like a fool for going the wrong way. I don’t know if there’s huge value in that to be honest with you. I’m sure lads will be practicing them during the week on the off chance that does happen. If it does go to that stage, there will be an element of who can stay calmer at the time as opposed to who has the higher skill level.”