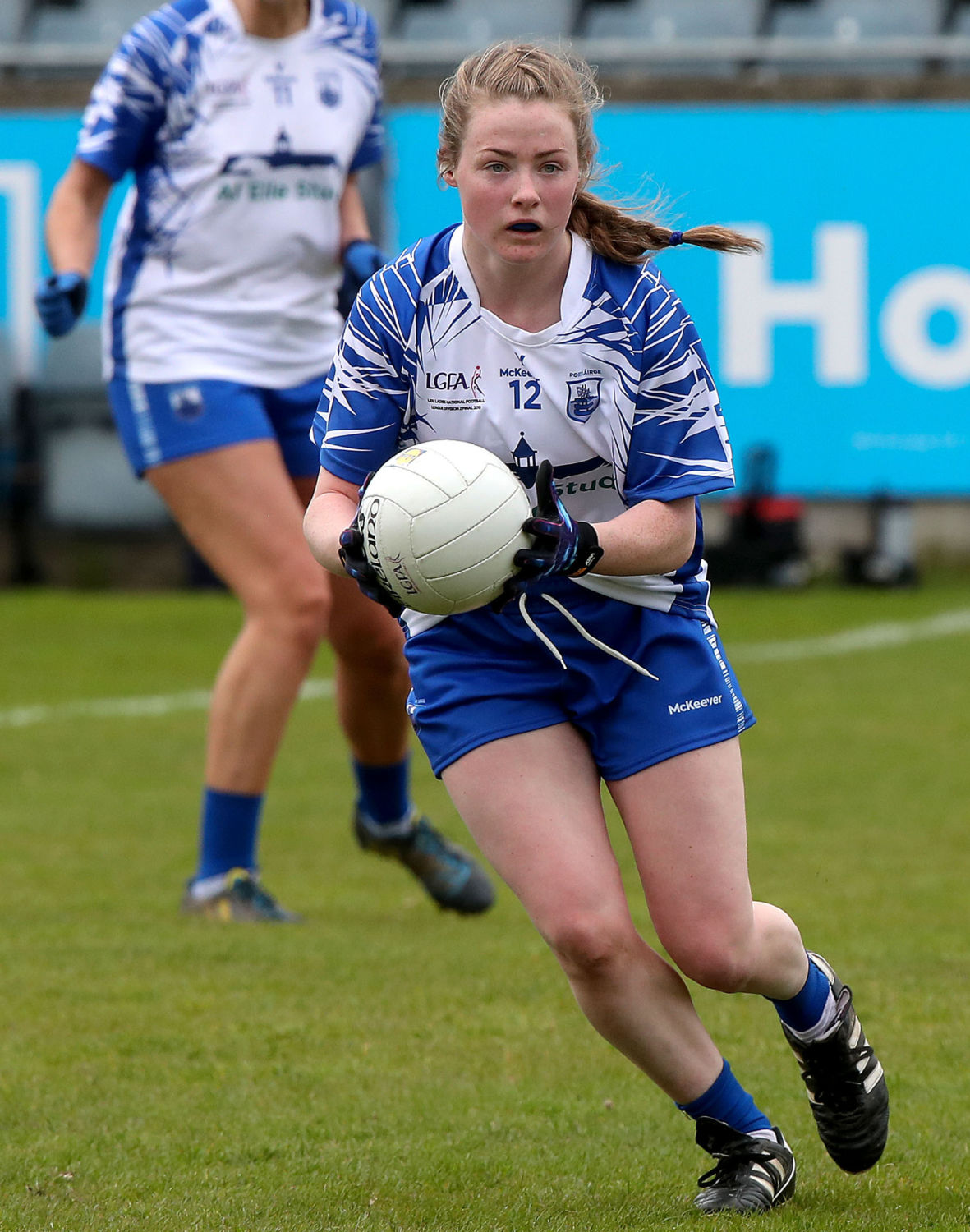 Not for the first time, Chloe Fennell was Waterford’s top scorer in today’s defeat to Donegal in Mullingar. Photo: Inpho.

Waterford bowed out of this year’s All-Ireland Senior Ladies Football Championship with a ten point loss to Donegal in Mullingar this afternoon.

Karen Guthrie and Geraldine McLaughlin hit a goal each inside the opening eight minutes as Maxi Curran’s Donegal signed off their TG4 All-Ireland SFC season with a convincing win.

With All-Ireland champions Dublin already having claimed the sole semi-final spot from Group 3, both teams faced into this game with the knowledge that their seasons would end at the full-time whistle, and Donegal blitzed the Munster side in the first half and eased their way to the win.

And while Donegal were sharp, determined and ferocious from the start, Waterford looked to be well off the pace and struggled to lay a hand on the Ulster side.

With Guthrie and Yvonne Bonner both drifting in and out of the full-forward line, Donegal had a couple of excellent targets inside, and Bonner kicked her side ahead after four minutes.

With many of Donegal’s first-half scores, their long foot passing into space caused havoc, and Guthrie benefited from one such pass from Geraldine McLaughlin to crack an unstoppable shot past Rosie Landers for the first goal after five minutes.

Points from Nicole Gordon and Bonner helped Donegal to a 1-3 to 0-0 lead, while they built on that cushion in the eighth minute when Amy Boyle Carr and Guthrie combined to send Geraldine McLaughlin in for their second goal.

Waterford’s defending was a long way short of the standard required in that opening quarter, but they gradually grew into the game. With Liz Devine working well from her full-forward berth they managed to win some decent possession, and they got off the mark when Aileen Wall scored following a long pass from Aoife Murray.

A Chloe Fennell free saw Waterford score two in a row, but with Guthrie and Katy Herron on target Donegal were 2-6 to 0-3 clear at the interval.

Playing with 14 players at the start of the second half following Aisling Mullaney’s sin binning, Waterford needed a bright start, but the first of two excellent saves from Aoife McColgan meant they couldn’t add to their tally.

Instead, Donegal piled on the lead with Geraldine McLaughlin, Guthrie and Herron all adding excellent points from play as their free-flowing football continued to reap rewards.

Another yellow card, this time for Aileen Wall, disrupted Waterford’s hopes, but a free from Fennell midway through the half finally got them on the board.

With both managers emptying their benches, the game lost some of its fluency, but Waterford finished brightly by scoring the last five points. And despite a yellow card for Amy Boyle Carr late on, there was no denying Donegal.