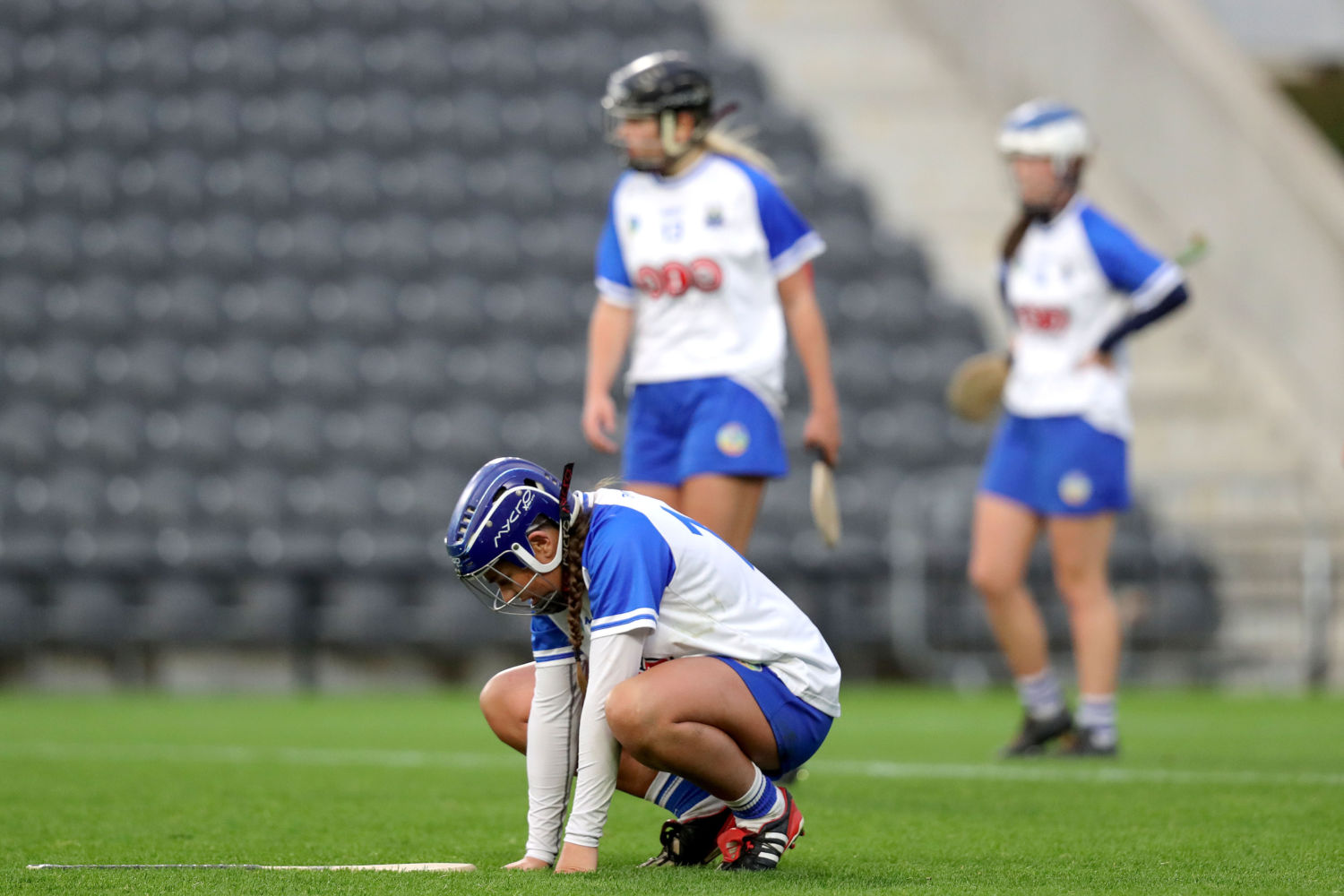 Waterford’s captain, Niamh Rockett, dejected at the end of the game as the Déise were dumped out of this year’s Liberty Insurance All-Ireland Senior Championship Quarter-Final by Tipperary in Cork. Photo: INPHO/Bryan Keane

Waterford’s hopes of reaching a first ever All-Ireland senior championship semi-final were dashed on Leeside this afternoon as they lost out to at the Quarter-final stage for the third year in a row, and for the second time to the Premier county.

A 42nd minute goal by Karen Kennedy gave Tipperary the vital breathing place and ensured a place in the last four of the Liberty Insurance All-Ireland Senior Camogie Championships for the third consecutive season, with champions Galway lying in wait.

It was a far cagier affair than the opening quarter-final, with both teams withdrawing players even when playing with the gale into the Blackrock End.

That was undoubtedly a nod of respect to the attacking threats of both sides, though the irony of the situation was that they each carried more threat into the elements.

Fergal O’Brien and Dan Shanahan moved Beth Carton to the edge of the square just as the minimum of five minutes of injury time was announced and the De La Salle scoring machine had a rasping shot brilliantly saved by Minor goalkeeper Áine Slattery.

A goal wouldn’t have been enough anyway as Tipp showed all their experience in the second half to impose their will.

It was a huge win for Bill Mullaney’s crew, particularly as they were without the considerable services of suspended Aisling Moloney and former skipper Orla O’Dwyer, who departed for Australia to take up AFLW duties.

But with Waterford having excelled in the first half in terms of workrate and craft and gone in at the break trailing by just 0-8 to 0-6, it was their Munster neighbours who found the necessary improvement, upping their intensity considerably to maintain and then increase their advantage.

Tipp got off to a fantastic start with a point after 10 seconds from Niamh Treacy, followed by a point from Cáit Devane, who provided seven points of her side’s tally.

But Waterford were showing plenty and it was notable that four of their forwards scored from play, Abby Flynn in particular looking very dangerous, well supported by Sarah Lacey, Carton and Niamh Rockett.

But they could not get into the game after the resumption, Tipp instead finding another level.

Devane launched a prodigious score from nearly 65m into the wind before Nicole Walsh and Rockett exchanged scores.

That had three between the sides when Kennedy, marking Carton throughout, somehow found herself in the opposition danger zone, and winning the race with Waterford goalkeeper Brianna O’Regan to force the sliotar home for a critical score.

Carton led the resistance but Walsh and Devane kept the scoreboard ticking over at the other end, and Aoife McGrath, Kennedy and Mary Ryan were in among those in no mood to yield.