Well Said: Brid Golden on the joy of a challenge 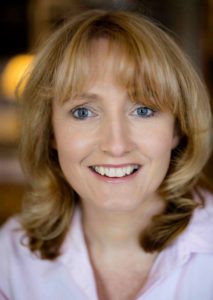 Brid Golden, who is settling into her new role as Principal of St John of God National School in the city.

“YOU’VE always struck me as a highly motivated, goal-driven individual,” I put it to Brid Golden as our 45-minute conversation entered the back straight, “Do you have trouble switching off?”

If it’s possible to sense a wry, knowing yet inaudible grin over the phone, I swore one was breaking across the face of Saint John of God National School’s recently appointed Principal there and then.

“Ahhhh…being honest, yes,” she replied “I don’t think I ever really switch off. I’ve a very active mind and I think it’s just the type of person that I am. I don’t take a huge amount of downtime for myself. For me, downtime is flicking through Facebook and Twitter in the evenings, catching up on the news of the day but I pretty much go from dawn to dusk every day and that’s just the type of person I am. That’s just me!”

Daughter of Andy and Pearl Hallissey, and reared in Rockenham in Ferrybank, Brid attended both the local Good Counsel National School and the Sacred Heart of Mary Secondary School, as then it was. Sibling to Jerry, Joan, John and Andrew (“I’m the middle child”), teaching wasn’t something that Brid had “always dreamt of doing, it was pretty much a last-minute decision after I’d sat my Leaving Cert”.

She explained: “I was going to do Science at UCD but I’d also made a separate application for Primary Education as well, and at the time that involved an interview so I did that and applied for Mary Immaculate College (in Limerick). I’d had a teacher in primary school, Máire Ní Eachthighern; she was really inspirational, a teacher that I always related back to and I often met up with her as I was going through secondary school. After I’d applied to ‘Mary I’, I touched base with Máire who was living in Newrath and she said to me: ‘Brid, you’d be a fantastic teacher’ and those words really resonated with me. And towards the end of my time in primary school, the principal at the time, Sister Madeline told me I’d be a fabulous teacher, that I should consider it and if I went down that route, that I should come back and teach in the school. So when I look back now, it’s pretty clear to me that a seed had been planted quite early on. And when I got the interview and was accepted into Mary I, off I went and that was it.”

Having graduated in 1989, Brid (aged 20) returned home and initially worked in the Boys’ School in Ferrybank (“I was only down the road from my home”) during which she also secured her Diploma. A year later, Brid moved to Mullinavat Boys’ School, which later amalgamated with the town’s Girls’ School to create Saint Beacon’s and would ultimately teach in the ‘Vat’ for seven happy years.

While there, Brid started an athletics club with Podge Aylward, thus combining two of her great passions, both of which Brid remains steadfastly committed to.

Within two years of establishing the club, over 30 cross country medals had been secured, including Brid’s first All-Ireland success as a coach with an Under-12 girls’ team.

An outstanding hurdler, jumper and heptathlete, Brid still holds the distinction of winning more national juvenile athletics titles than anyone else on this island – ever: 34 in total.

“I didn’t do a huge amount of sport in primary school but then my Dad – who was the local Garda Sergeant – got involved with a group who organised the Community Games in the Clover Fields – and I wasn’t particularly noticeable at the time. My sister Joan qualified (for the County Final) in the Under-12 600 metres but I went along training twice a week with those that did qualify – Dad was involved in training those who had qualified – and that led to me keeping up the athletics. Dad then started up Ferrybank Athletics Club and for me, from 1980 onwards, my interest in athletics grew from there.”

Throughout her teens, title after title came Brid’s way and unlike many juvenile athletes, she retained her competitive streak throughout her college education, harbouring significant Olympic ambitions well into her 20s.

But given the shifting sands of daily life, coupled with some significant injury setbacks, Brid’s athletics focus altered, with the coaching she’d begun in Mullinavat subsequently brought to title-winning success with Ferrybank AC.

A host of talented Ferrybank youngsters racked up significant juvenile, junior and senior successes, with Thomas and Jessie Barr along with Niamh Whelan and Kelly Proper all going on to compete for Ireland in major championships. 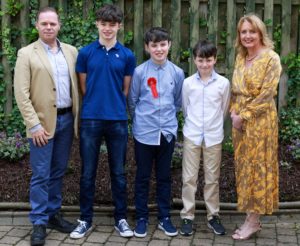 After marrying Alan Golden (whom she met through athletics in Nenagh) in 1998 and moving into Grantstown Village, and with pupil numbers dropping in Mullinavat, Brid began applying for jobs in Waterford City.

A year later, Brid’s second job application was for a position in St John of God NS and in January 1999, her working life at the Passage Road began. Brid and Alan both became involved in coaching with Ferrybank AC, with Brid becoming involved on one condition: “that we moved the club’s training base out to the RSC (in Kilbarry). It was a new concept for the club but it was the springboard that ultimately rejuvenated the club and we began attracting new members from across the city as well as from John of Gods. The one hour a week I’d promised Dad with the club didn’t last long; that grew into a six-day-a-week commitment for a good number of years but it was incredibly satisfying. We’ve had some phenomenal success with the club and it’s been lovely to share that experience with Alan.”

Mother of Conor (15), Jamie (13) and Thomas (11), assuming the principalship at St John of God represents a fresh challenge for Brid but it’s clearly one she’s already relishing.

“My top priority now is to be successful in this role,” she said. “I’m as focused on making a success of this as I was in my own competitive days in athletics and in my time as a high-performance coach. I feel like I’ve settled into the role pretty easily but there’s loads to do, that’s the nature of the job and I’m under no illusions about how much I have to learn in this role over the next year or so in particular. But there’s fabulous goodwill in here from everyone; I’ve been here for 21 years, the culture of this school is well known to me, it’s an incredibly positive workplace and please God, everything will continue to go well for the pupils, the staff and for myself. The support I’ve already received from both the staff and Principals throughout Waterford has been fantastic – very reassuring, in fact – and I’m extremely grateful for that.”

Legendary US colleges basketball coach John Wooden said a leader should consider their responsibility as “a sacred trust: helping to mould character, instill productive principles and values, and provide a positive example to those under (their) supervision. Furthermore, it is a privilege to have that responsibility, opportunity, and obligation, one that should never be taken lightly”.

I’ve known Brid Golden for almost 20 years. Take it from me: the school she now leads couldn’t be in better hands.