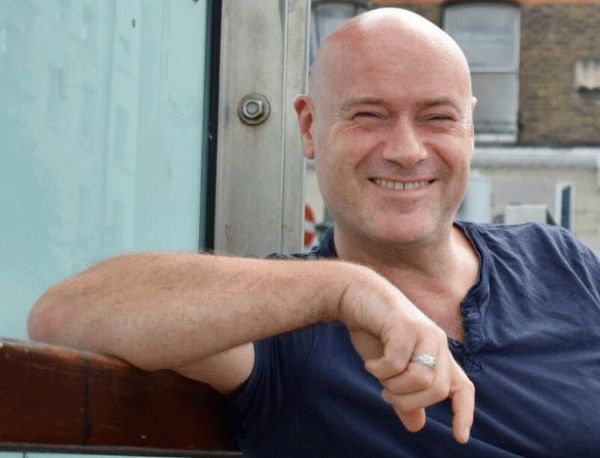 A Covid-19 survivor has set up Ireland’s first support group for people who have experienced long-term loss of taste and smell.

Declan Cassidy has set up the ‘Tasteless Cuisine‘ group as a support structure and also to try to gauge how many have been affected by this symptom across the country.

The 53-year-old Meath man has had no sense of taste or smell for almost eight months, since he contracted Covid-19 after a business trip to Berlin last March.

Since then, he has tried to look at food in a different way, merging ingredients such as chilies, sun-dried tomatoes and dark chocolate on nutty bread just to experience the different textures.

The Mornington resident has also nearly burnt his house down several times as he can no longer smell smoke or burning food.

“I went to Berlin for a week on business and I was so cautious about Covid-19,” he said

“I carried a bottle of hand sanitiser in my pocket, I hired a car to avoid using public transport and I ate breakfast in my hotel room to avoid sitting beside other people.

“My mum had gone into a home and it was my first time away from the daily visits to her, so I was anxious to get back and see her again.

“But I decided to give the nursing home a wide berth for a few days and I’m glad I did because just four days later, on March 14th, I developed a bad cough,” Mr Cassidy said.

I couldn’t remember the smell of roast potatoes and I got really emotional.

“I had ten really bad days. About seven days in, I got a high fever and I was gasping for breath. The following morning, the fever broke and I began improving steadily.

“A few days later I decided to make a vegetable stew and had to keep adding a lot of salt as it tasted bland.

“I started cleaning the bathroom and when I started gasping and wheezing, I realised that I couldn’t smell the fumes from the bleach.

So I went to the bedroom and sprayed some deodorant into the lid and I couldn’t smell anything. I had lost my taste and smell,” he added.

Mr Cassidy described losing the senses as “almost like a bereavement” and even comfort food was “like going to hug your mum and getting a slap on the face. It was all just tasteless mush”.

“I couldn’t remember the smell of roast potatoes and I got really emotional. I was just eating nothingness and even my emotional eating go-to comfort foods of lasagne and crisps were pointless.

“I had to look at food differently and look at colour and texture instead.

“A nutty bread sandwich of chilies, dark chocolate and sun-dried tomatoes gives me a bit of spice, a crunch from the bread, the chewiness of tomatoes and the velvety smoothness of chocolate as it melts in my mouth.

“Drinks are a little different. Red wine is still pleasant though I can’t taste it and I can differentiate between coffee and tea because of their textures.”

In recent weeks, he has started getting an unpleasant smell from food and hopes it is a good sign.

“Every now and again, I get the smell like petrol or nail varnish remover from garlic or certain coffees so my fingers are crossed that even if it’s an unpleasant smell, that it is a positive development.”

The group is gaining momentum since its establishment last week and some members say they have had no sense of taste or smell for years.

“Most people in the group have lost their senses due to Covid-19 but one lady lost them after the flu five years ago while another has had no sense of taste or smell since getting tonsillitis.

“I set up the group so others like me can talk and share their experiences because sometimes I think I’m moaning to people because there are so many others out there with real problems.

“I also set it up to see how prevalent the issue was in Ireland. I believe if we can demonstrate that there are enough of us, then it would become commercially viable to start research into this lasting side effect of Covid-19.”