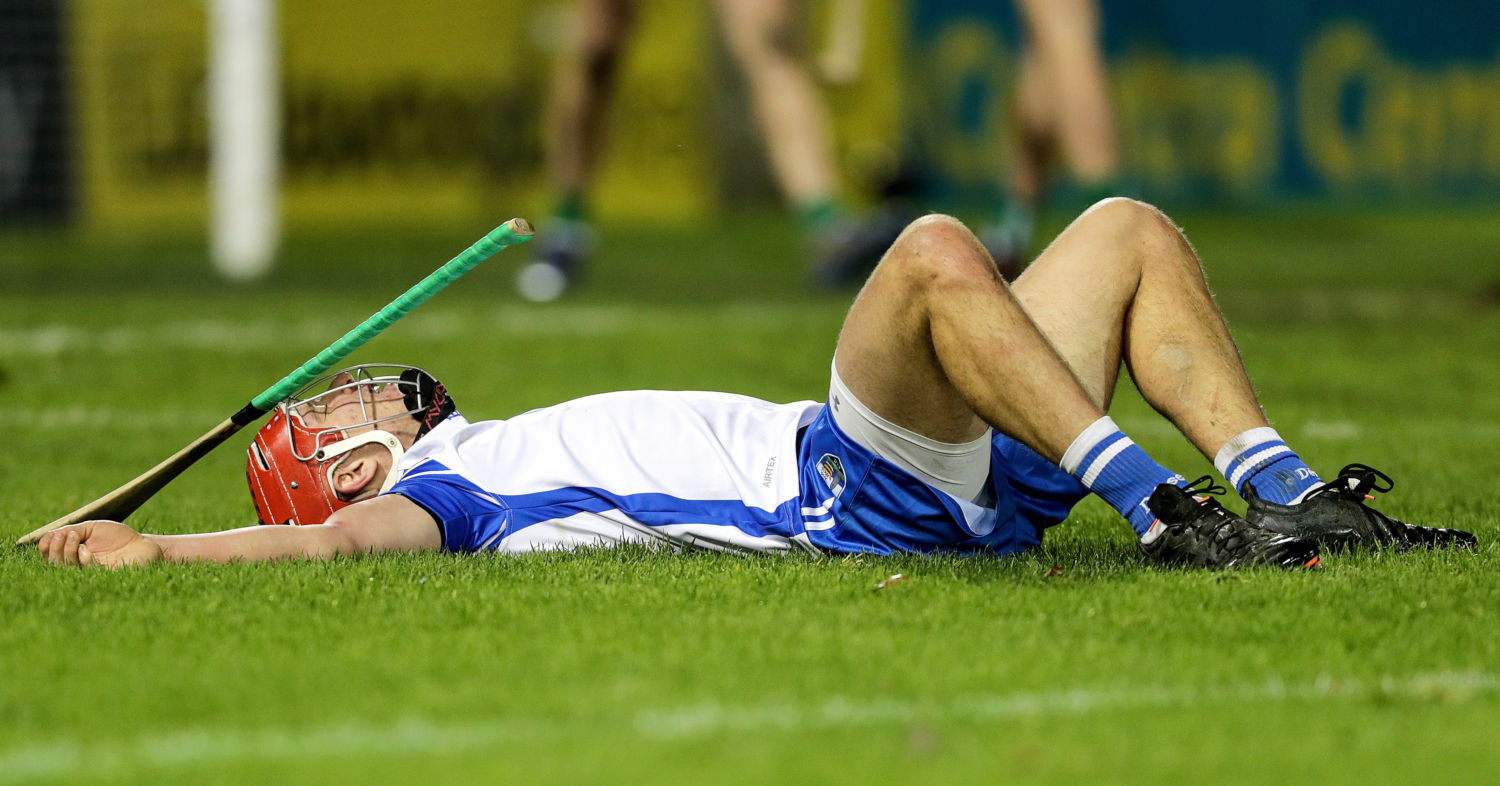 Basketball coach John Wooden rarely missed a beat in analysing what coaches and players alike learn in both victory and defeat.

“Having defined what I believe success truly is, I recognise there was an even greater task before me: to fully understand and then describe what was necessary to achieve this success, both individually and as a member of a basketball team or any other team in life,” he said.

“Without this second part, it would be like going on a trip in your car if you knew where you wanted to go but didn’t know how to get there. You might correctly be described as going nowhere.”

Waterford went toe to toe with All-Ireland favourites Limerick for 95 per cent of this afternoon’s novel November Munster Senior Hurling Final, with only a superb second half salvo by Graeme Mulcahy ultimately separating the sides.

A Déise side unrecognisable from the disastrous 2018 and 2019 campaigns tested Limerick in a manner which few pundits had predicted in the build-up to today’s provincial decider.

Indeed, the failure to make a few late passes stick inside the Limerick 21-metre-line denied us a grandstand finish, as Waterford sought to turn over their arrears.

That Limerick deserved their win is inarguable. With Nicky Quaid dealing with every ball that came his way, in addition to superb shifts by Diarmuid Byrnes, Cian Lynch, Graeme Mulcahy and Aaron Gillane, John Kiely’s men demonstrated that they remain the team to beat.

But Waterford forced Limerick to mix things up during the second half in a manner Tipperary never came remotely close to achieving when facing the Shannonsiders, which speaks volumes for the strides the Déisemen have taken on Cahill’s watch.

Waterford defended well, forcing Limerick to go diagonal to produce many of their scores, with De Búrca producing another masterclass at centre-back. They also disrupted Limerick’s slick puck-out policy by pressing deeper after the break, with a goal the only major absence from a full-blooded, lung emptying effort.

Rarely in recent times have Waterford impressed so much in defeat and we dared to dream when Stephen Bennett sent the challengers ahead with 19 minutes remaining.

But between then and Colm Lyons’ full-time whistle, the defending champions outscored Waterford by 0-7 to 0-3, bounding back off the ropes impressively to take the spoils. But at not stage did Waterford relent from the fight here; a team a little further along its growth curve made its quality count to march onto an All-Ireland semi-final.

Thankfully, taking the six-day turnaround into account, the issue was settled in 70 minutes, with only the withdrawn Shane Fives looking like an initial injury concern for Cahill and his management team.

There has been many a Munster Final over the years in which Waterford emerged thereafter with open wounds but this never looked like being one of them. In fact, this may well have been the best the Déise has ever produced in defeat at this stage of the Championship.

Back to John Wooden: “What does it take to achieve success, to get where I knew I wanted to go? I began a long search for the answers.”

Liam Cahill will certainly have a degree of searching to do between now and next weekend, but there’s no doubting that this Waterford team is going in the right direction. There’s life aplenty in them yet.