PHOENIX: The effort after the effort! 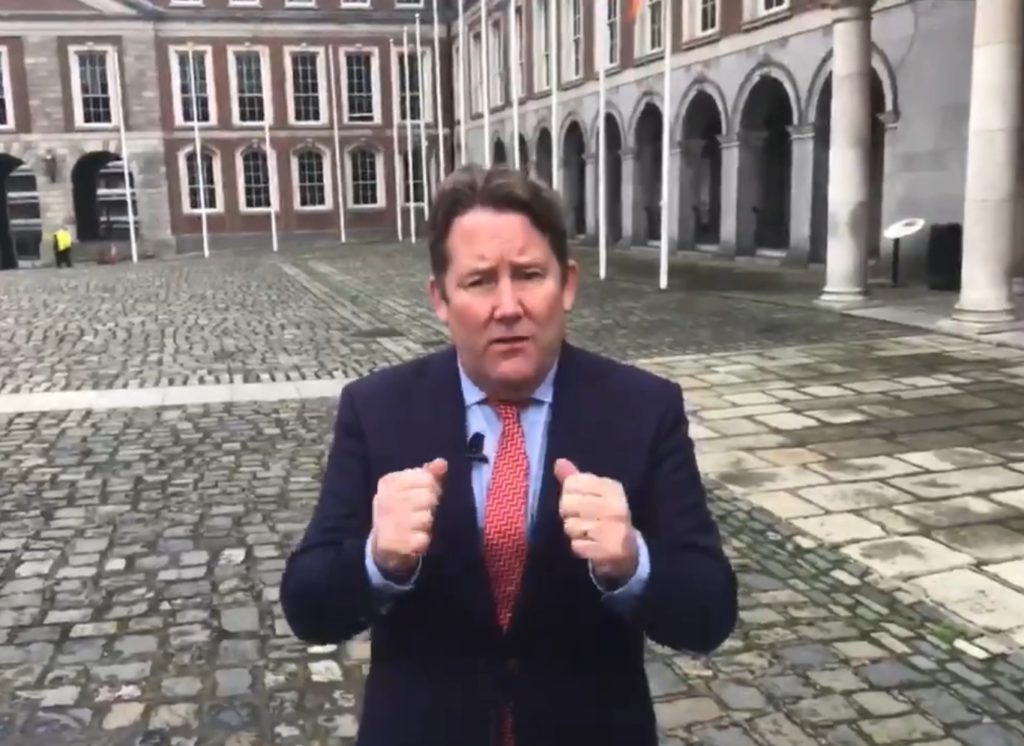 THIS little sentence appeared recently on one of the national sports pages. A rugby player I think describing how matches are won, by making that extra effort after all usual effort has been expended. Of the five official Irish cities none have had to make more effort to obtain state funding than Waterford. When government funding is being allocated the usual favoured coterie are always at the head of the queue. We end up as often as not fighting for scraps. The announcement last week of €100m or so for the North Quays project is long awaited and really necessary. It has been universally welcomed by Waterford politicians across the spectrum and given the amount of flak they take from week to week, especially on social media, our Oireachtas members, Marc O’Cathasaigh, Matt Shanahan, John Cummins, Mary Butler and David Cullinane are entitled to bask in a little bit of the reflected glory.

The seminal event was a meeting some weeks ago with the minister and his top officials with all the Waterford Oireachtas members in attendance. No single person can claim credit for the funding allocation, but some people should be mentioned. If anything, Labour’s Alan Kelly as Minister for the Environment and his Minister for State Paudie Coffey who pushed the North Quays Special Development Zone status, deserve huge credit for their work. Paudie Coffey was an especially hard working TD and was treated very badly by his own party before the last election for reasons difficult to comprehend. Running a third candidate from Dungarvan was particularly pointed. Anyway, Coffey and Kelly also put a boundary extension for the city on the order of business. They understood what the city needs. That the extension was recommended by a legally appointed boundary commission yet has not been enacted is interesting. But that’s for another day. Many also believe that the South East Economic Monitor (SEEM) investment record detailed by Dr Ray Griffin and others at WIT was particularly powerful in making the argument for North Quays funding.

‘I don’t know how Michael Walsh has kept the show on the road in the face of political delay and obfuscation from on high, but he did what sports men do, he made the effort, after the effort, to bring the project home’

Last week was a good news story for Waterford. The man who did most to keep the North Quay project alive is Michael Walsh, CEO of Waterford City and County Council. Our council does not have the human or financial resources of Dublin or Cork councils. The Dublin docklands renewal was driven by the special Dublin Docklands Development Agency, which had the resources to drive such a large project. I don’t know how Michael Walsh has kept the show on the road in the face of political delay and obfuscation from on high, but he did what sports men do, he made the effort, after the effort, to bring the project home.

Many people in the local business and retail community were not supportive of the North Quays project, fearing as people inevitably do the change this investment will bring. Much of the city’s business and retail community have been more than a little risk adverse when it comes to making any investment at all in the city. They expect the council to handhold on everything and be the developer and purchaser of last resort. Frank McDonald, one time environment correspondent of the Irish Times, wrote a book called the “Destruction of Dublin” in the 1980s. He wrote of retailers “pulling down rusty shutters on shabby shops in Capel Street” before driving home in the Mercedes to Foxrock. Waterford has seen more than a little bit of that with some very obvious and well-known exceptions, although the situation has improved in recent years. Still, the historic heart of our city has seen little private investment in decades to match the huge investment by the council in the public realm.

Some blame the toxic planning atmosphere of the first decade of this century when a one-man band delayed and derailed many investments, such as the Michael Street Shopping Centre and hotel in Newgate Street. Had they come to pass they would at least have helped the city recover in the years after the crash of 2008.

The North Quays funding will end the private investment famine in the city centre. Plans for a revised Michael Street shopping centre are an integral part of the project. All the visible money spent to date on the North Quays has been from public sources, government and council. The developers, albeit having spent on planning and design, have yet to put a visible cent on the ground. That will change rapidly with the new project funding. It will be exciting to see something happen on a site which has lain dormant for all of 25 years, as visible investment breeds confidence and Waterford city will get the reboot in confidence it needs.

In many ways, the North Quays funding is seminal for Waterford. Some say it marks a turning point? Maybe so! I prefer to think it means we can now at least see the corner to be turned. We can see the investment needed for UHW and especially for WIT to make the jump to university designation. The past decade has been difficult. Regardless of what anyone says, the government record has been poor. Every project that has been delivered, no matter how eventually welcome, has had the good taken out of it by long and deliberate delay. We end up scrapping for a fair share. The delay with the UHW mortuary would shame any government. The investment famine, which WIT has endured, has been little short of academic apartheid. A new engineering building is on the stocks for WIT since 2005. It was cancelled in 2011 and again in 2017 and is now in Bundle 2 of a PPP development project in Higher Education. That Bundle 2 project commenced last week with pre-qualification of contractors. This means a tender process proper will likely commence in March or April 2021. I doubt we will see any action on site in 2021, which means the project is unlikely to be delivered before 2024/5, 20 years after the last WIT (humanities) building was constructed. The third level buildings in the Bundle 1 PPP phase, currently going to actual construction tender, are all in Dublin, Cork, Limerick and Galway, places with existing universities. How fair is that? Even as we speak, a tender for a corporate HQ in Carlow IT, ostensibly to house the TUSE, is underway.

North Quays funding is hugely positive, but is only part of the economic, medical and educational jigsaw. The tender for the second cath lab still has not been resolved. Investment breeds confidence. State investment breeds certainty. We have seen that over the past two generations in Galway, the poster child of regional development. Does anyone recall a protest march in Galway, Limerick or Cork for anything? Ever? When the cutting is done these places always figure. They have had investment certainty.

There are only five cities in the country and Waterford is legally one of them. Could anyone really say that state investment has flowed to Waterford as a regional city in the way it has to Galway? Confidence! Certainty! Confidence has always been the parent of great actions.

At the 2014 amalgamation of city and county it was politically floated that the council HQ would be in Dungarvan. Remember the Garda Divisional HQ debacle when every fibre of local influence had to be employed to ensure that Waterford as the largest urban area by far in the South East would have the policing resources it needed? By comparison, a new €30m regional and local HQ appeared in Galway. Our Gardaí occupy a converted labour exchange. Last week came news that new Garda cyber-crime units were being set up all around the country. Was one announced for Waterford?

We are either the regional city for the South East or we are not. The North Quays as an infrastructural project goes some way towards underpinning that. Our Oireachtas members deserve credit for pushing the funding over the line, but the reality is that the big stone must still be pushed up the hill and that effort after the effort made as ever, will be required.