“We went hip to hip with one of the best teams” 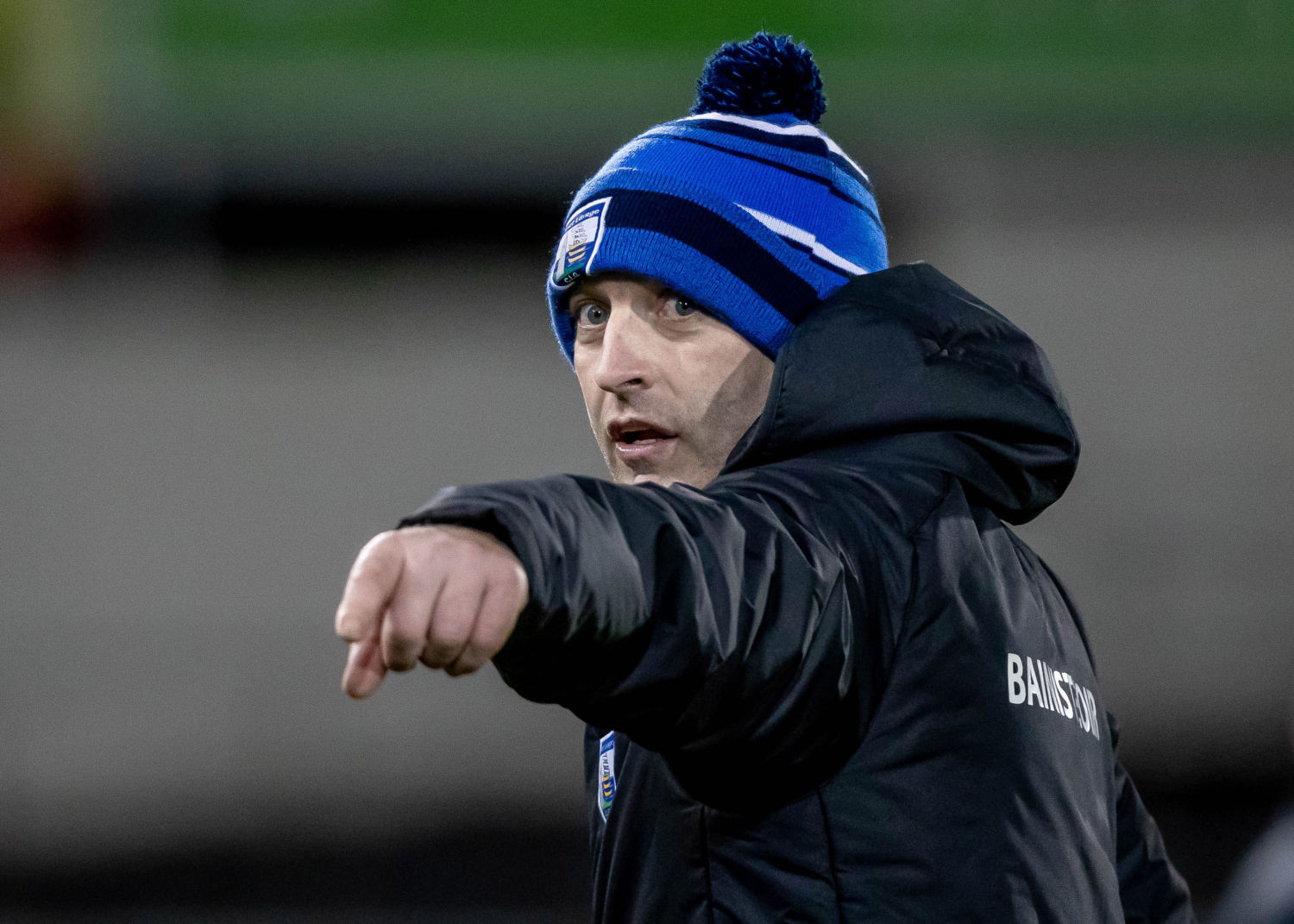 Waterford manager Liam Cahill took comfort from the fact that they went close to wrestling away Limerick’s Munster title on Sunday.

“From today, there are a lot of positives. We went hip to hip with one of the best teams, most of the country believe they’re the favourites for the All Ireland. Once you’re doing that, you’re good and competitive and you’re at the top table. The big challenge for us now is to recover, refocus and give ourselves a chance of getting to the last four of the championship. That’s the priority now. It’s all hands on deck from tonight on to refocus, energise the bodies and go again in six days’ time.”

He couldn’t ask for any more in terms of work rate. “I’m really proud of these players, they’re giving me everything and I love working with them. They’re the most honest bunch of players that any manager or coach could look for. I’m really proud of them and I’m delighted that they’ll gain experience from that match. We had a good bit of experience on the field but the finishing team had quite a number of good young fellas who are in their first or second year of inter county hurling, so a lot of positives to take. We just have to move on.”

It was Declan Hannon and not Conor Prunty that lifted the cup however. That was the prize they came for. “Disappointed, we came here with real belief that we were going to win the match, we had to. That’s the belief I have in this crop of players and, in fairness to them, they gave everything out on the field. We probably didn’t hurl as well as I expected us to, maybe we weren’t allowed, but I just thought there was a little bit more in us. Hopefully, we can recover now and bring out what we’re capable of a bit better in six days’ time.” 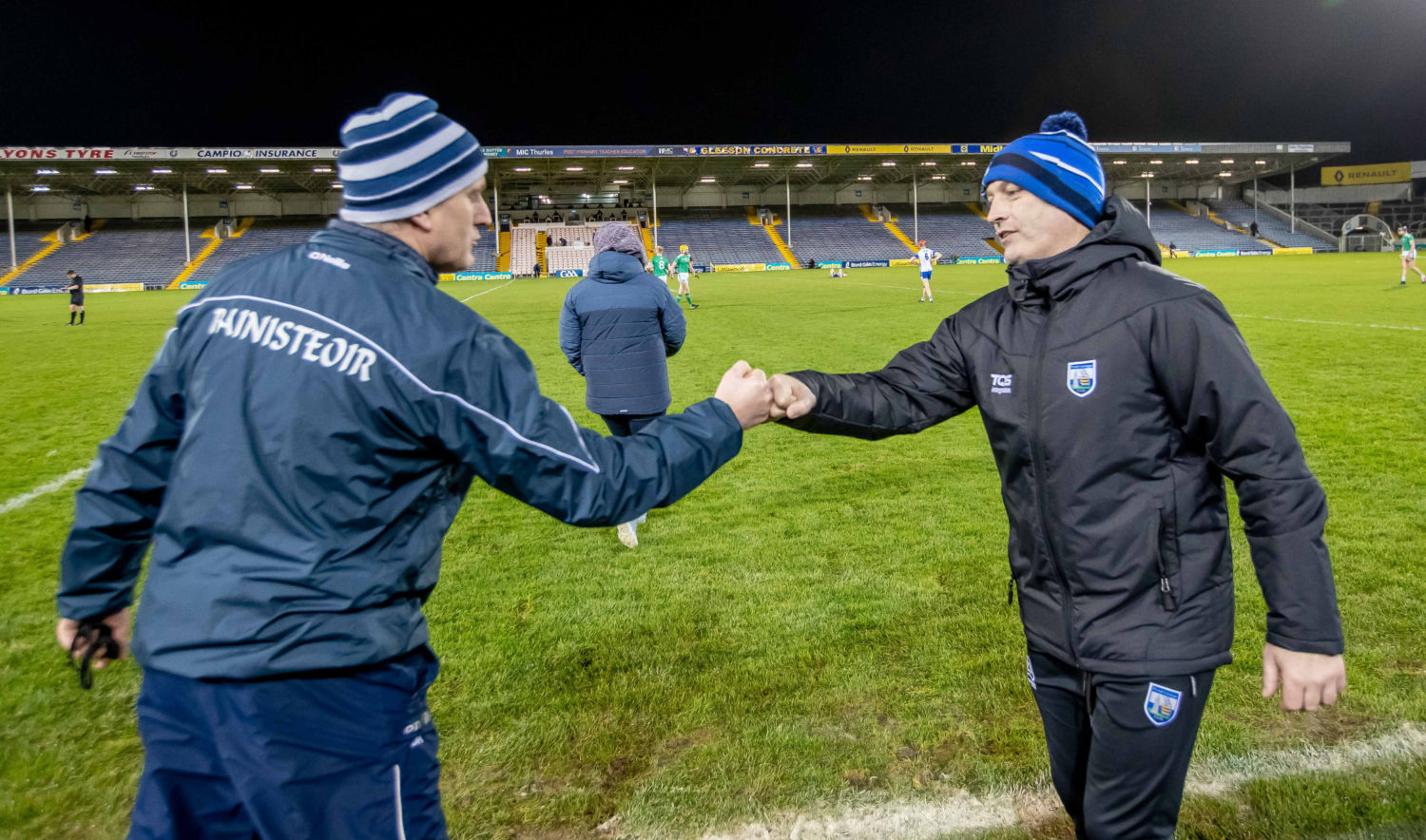 They didn’t win enough dirty ball in his view. “I just thought we got muscled out of a lot of ruck ball and just didn’t attack the breaking ball the way we’re capable of. Against formidable opposition like Limerick, you have to be winning your fair share of those areas.”

Kyle Hayes and Sean Finn snuffed out two late goal opportunities. “You need to take your chances, we didn’t create a really obvious goal chance today with the exception of that last pass to Austin going through – if he’d gotten on the end of that it might have been different. We needed a goal, maybe more than one, to win the match today and that didn’t happen.”

At eighteen all heading into the last quarter, he felt that they were in the hunt for provincial glory. “Yes, but that’s the danger of this Limerick team, they’re so composed, they’re so physically strong and they believe in the process they’re playing so much that you can never be sure. You need to be really on top to have any chance of putting away this Limerick side.”

Limerick subs Seamus Flanagan and Adrian Breen were involved in three of their seven points during that last quarter push. “That’s the quality they have and the experience and the power they have. I mentioned during the week that they’re at a very advanced stage of strength and conditioning with all their panel, even the younger players are up to a very aggressive S&C level. A lot of my younger players mightn’t be at that level yet, it’ll take them a little bit of time to do that. That’s the benchmark. Like it or lump it, they set the standard and it’s up to others to reach them.”

Corner back Shane Fives pulled up with ten minutes left. A concerning sight ahead of the quarter final. “It’s a quad muscle so it’s always worrying when it’s up there. It didn’t look good anyway from the initial reaction to the injury.”

Cahill and his charges only have six days to bounce back from this defeat. “It’s a big ask. It’s been a big ask for every team going this route. It’ll take a bit of work but we’ll get our heads around it. It’s the same for everybody, we look forward to it and we’re hoping to stay in this championship for as long as we can. We’ll get down to work on it straight away this evening, assess everything in morning and make sure we’re back on the field Tuesday night and plotting again.”