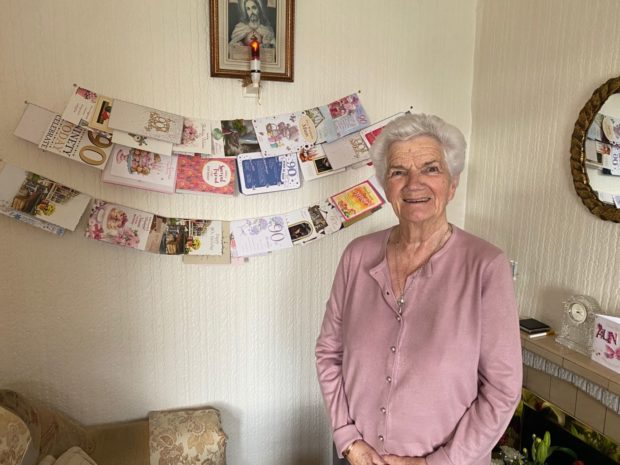 WHAT are local newspapers for if not to pay tribute to our local legends? Those people who embody exactly what it means to be a Waterford person. Annie Croke is one such legend, and on the occasion of her 90th birthday, she took time out to speak to the Waterford News & Star and wax lyrical on a very special life.

“I was born on 5 May Lane, a little lane off the Lower Yellow Road, on the 11th of November, 1930,” Annie said. “My mother told me I was born in 1931 but when I went to get my birth cert for my passport for the first time I discovered that I was 12 months older!”

Annie has an astonishing memory about how Waterford looked back in the 1930s and 40s.

“I can remember Ballybricken Fair,” she said. “My mother would give us a ‘sweet gallon’ and we’d head down and find cattle being drove in by the drovers and cows being milked. They’d often let the excess milk run out on the ground and if there was anyone there with a bucket, they’d fill it up and bring it home.”

Annie mapped out the fair, as if she had just come from it that morning.

“The pigs were over where Alfie Hales is now, Butlers had a pub where Billy Ryan is now, Walsh’s had a bakery and Grant’s used to make the wooden wheels for the cars that used to bring the pigs into the fair,” Annie said. “There were two houses there as well, I know the Cummins family lived there, and O’Keeffe’s had a fish shop. The big house, where Sue Ryder’s Charity Shop is now – that was the Grant family. Ballybricken used to be buzzing.”

Annie has lived in Ard Na Greine most of her life and just loves the area.
“The neighbours have always been so nice,” she said. “We had great sports men here such as the Hale family, the hurlers O’Brien’s, Larry Guinan, and the Byrne’s who all played for Waterford.”

Annie worked just around the corner, in Goodbody’s Jute Factory where she met her husband Micky. They would go on to have 60 happy years together before Micky died in 2011 with nine children together – Walter, Breda, Jimmy, Ann, Jean, Michael, Bunnie, Noeleen and Paul (RIP), 21 grandchildren, 26 great grand children and one great-great grandchild (pictured below). 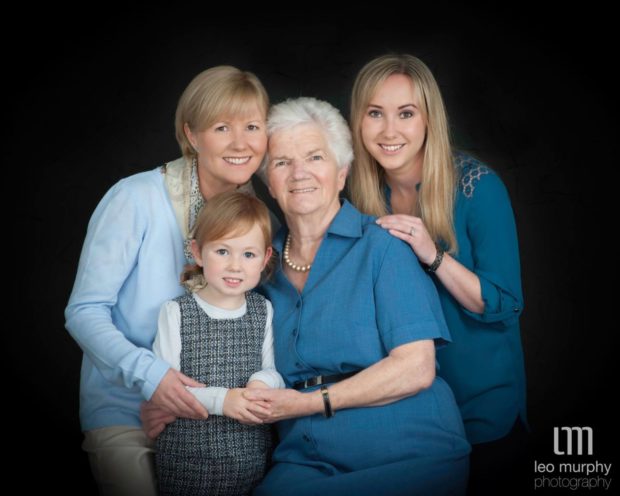 Annie is in almost perfect health, except for two things: she can’t hear as well as she used to and has vertigo, which she says is a horrible illness that comes on her least expected. Regardless, she is the most positive, bubbly person who buys the Waterford News & Star every week and sends a copy to her son who lives abroad. On the occasion of her 90th birthday, cards, flowers and presents flooded into Ard na Greine from all parts of the city, county and country!

“Oh I just don’t know how I can thank people,” Annie said. “With the time that’s in it and you can’t get to meet as many people as you usually would, people have been so kind, dropping up cards and flowers, it’s really been amazing and I can’t thank them all enough. People are so good!”