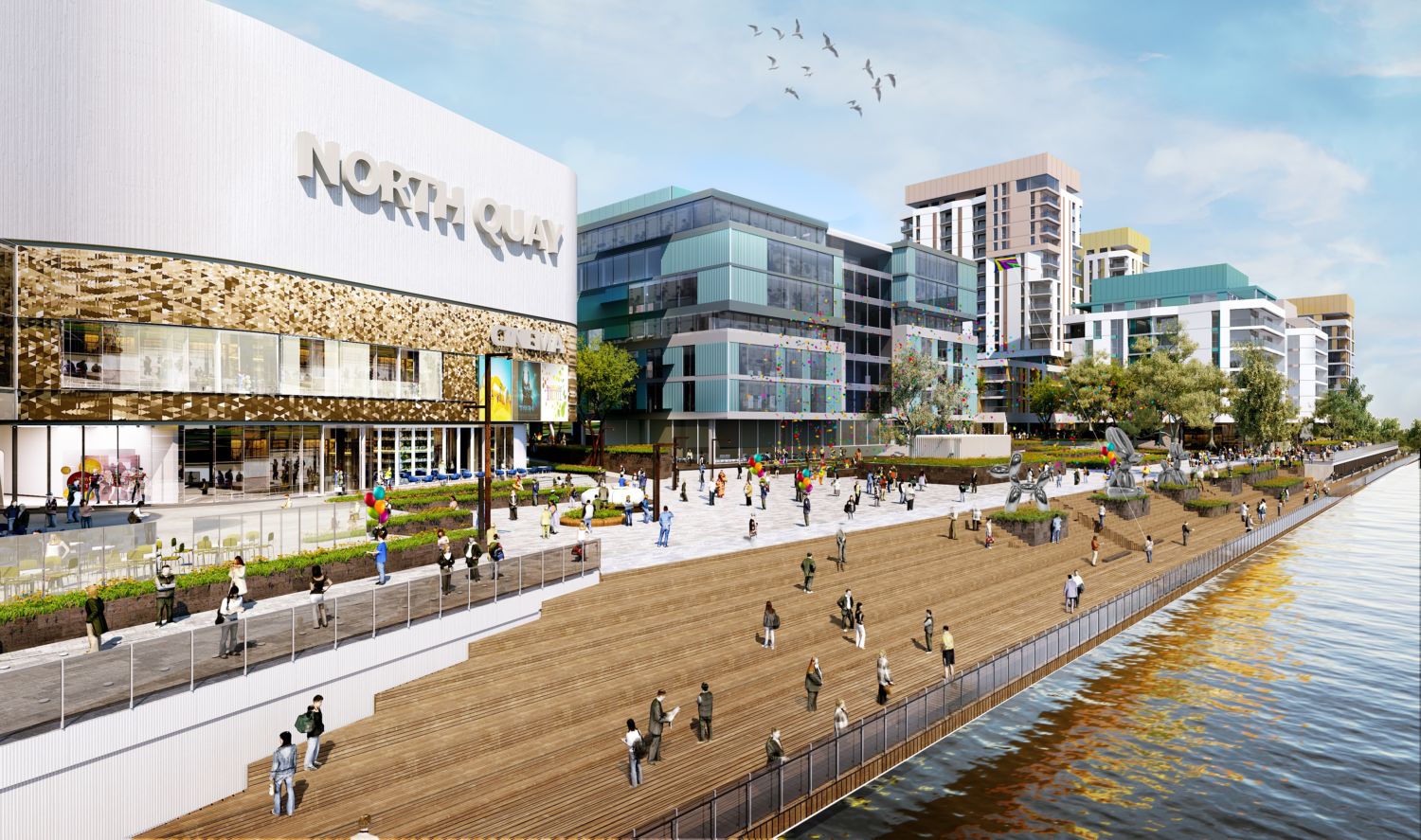 WITH the Cabinet’s momentous decision to give final sign off for a package of €110.6 million, the North Quays has to take its place as a key consideration in the preparation of a new Waterford City and County Development Plan (CCDP).

During the Plenary meeting on Thursday, November 12 the Chief Executive’s Report on the CCDP was presented to the members for their consideration.

Executive Planner, Hugh O’Brien said they are in essence “dipping their toes in the water” in writing the development plan. The development plan must state a clear vision and clear investment and other priorities, provide a framework to enable implementation of its principle strategies, and provide a clear and consistent policy framework. The pre-draft consultation stage was undertaken from July 20 until September 14, with a total of 284 written submissions received. Matters relating to ‘Sustainable Communities and Placemaking’, ‘Economy, Employment, Education’, ‘Transportation and Mobility’, and ‘Population and Settlement Hierarchy’, related to more than half of the submissions made. Issues were raised by statutory bodies and members of the public in submissions.

In the context of the North Quays and the development plan, Cllr Jody Power (GP) gave notice that his motion calling on Waterford City and County Council to commence the process to extend the city boundary northward into Co Kilkenny would come before the next plenary meeting in December.

“We simply cannot wait any longer for this development. This motion attempts to address the centuries old restrictions on the natural and cohesive development of Waterford city, and by extension the whole South East region. A cursory glance of any map of our city amply demonstrates the bountiful growth on the south side…” he said.

Mayor of Waterford City and County Council, Cllr Damien Geoghegan welcomed the fact that Cllr Power touched on the motion, but said the Council would hear it in full at the December meeting.

Cllr Mary Roche (Ind) said the development plan presents an opportunity to pull in the environs of the city, and proposed that Tramore and surrounding areas be included in the city’s population. Cllr Roche added that a lot of south Kilkenny is within the functional area of Waterford, even though it is not in Waterford Council’s remit.

Noting that the University of the South East is also of strategic importance for the city, she said some outside input would be needed from the likes of Willie Donnelly, Tom Boland or Ray Griffin to inform the Councillors’ thinking.

Cllr Eddie Mulligan couldn’t see how bodies such as the Southern Regional Assembly could dictate how the Council should draft the development plan when “they took very little cognisance” of the National Planning Framework in their first draft of the Regional Spatial Economic Strategy.

Having been on the committee that presented to the boundary committee, Cllr Mulligan asked if the Department has given an indication as to how the original proposed extension into the southern urban area of Kilkenny is to be administered in the immediate future.

Labour Cllr Seamus Ryan is of the opinion that the North Quays should act as a catalyst in attracting in further development, around 24/7 cardiac care and the University of the South East. He asked that these key infrastructural projects be referred to in the development plan.

With an increased focus on urban areas, Cllr Eamon Quinlan (FF) wondered what leeway the Council would have in relation to planning in areas on the outskirts of towns and villages. There’s essentially an “iron curtain” preventing people in areas such as Portlaw and Tramore from building on their own land.

Cllr James Tobin (FF) welcomed that a Waterford slant is to be put on things, but wanted to discuss where the plan would leave rural Waterford. As a rural based councillor, Liam Brazil (FG) said he has been fighting very hard for people wanting to build in the countryside. “We want to keep our parishes, our clubs and our schools active and full,” he said.

Other rural areas, like Butlerstown and the Barony of Gaultier that have been decimated in recent times, were of concern to Cllr Jim Griffin (SF), who once again raised the issue of one off rural housing. Cllr Seanie Power (FG) supported the other rural councillors’ sentiments, while Cllr Declan Doocey (FG) said in 10 years’ time there won’t be any sites in the county areas.

Cllr Pat Fitzgerald (SF) asked if there would be some mechanism left to allow the National Marine Planning Strategy fit into the Development Plan. In the lifetime of the plan, he said there will be a lot of off shore activity in terms of off shore wind farms etc.

According to Cllr Joe Kelly (Ind) development plans are usually directed by national policy, and there are areas where councillors and the public are overlooked or overruled because “national agencies decide they know better”.

Noting the submissions on Monvoy, Tramore, Cllr Joe Conway (Ind) said it was a thank you from the residents to address the “terrible dereliction” that was there over the last decade and a half.