Green Fingers: Some useful plants for the time of year 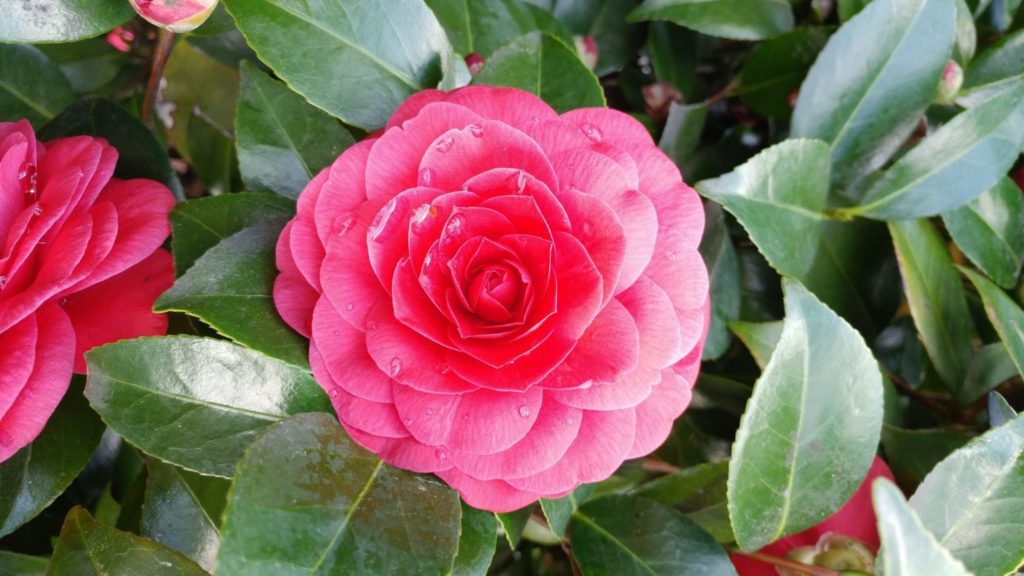 IT is an in between time now, moving swiftly from warmer months into wetter, colder periods, and we have really appreciated the occasional beautiful clear days. Our moods appear to move with the weather so it can be tricky to remain in high spirits when we have prolonged periods of wet, cold and windy conditions.

One of the winter survival codes is to be rested, well fed, warm and dry and the easiest way to do this is by staying indoors when conditions are bad outside. Now in addition, we know of the benefits of being outside, even for a few minutes, so, when there is a suitable opportunity, get out there and scurry back inside if you have to if it suddenly turns rotten. Trouble is, as a race, we are becoming more demanding in what we want and even if we take all the advice above on board, we want more and this is where some garden activity can come into play.

If we want some scent and flowers during the winter months then we might include some Narcissi, Snowdrops, Algerian Iris, Viola odorata, Edgeworthia, Christmas Box, Daphne, Camellia, Mahonia or Witch Hazel. Now fragrance can be subdued and you might have to venture outside to appreciate the best scent and, of course, this cannot be appreciated from indoors but here you can bring a few flowering sprigs inside and get the best of both worlds. Actually for pruning, this is what we do for many of our plants and, for the most part, there is no further cutting required.

We need a prolonged period of warm dry weather in Ireland to obtain those fiery autumn colours and it can be hit and miss at the best of times. This year some colours were good such as some maples but for others the leaves just turned a dull brown without colouring up at all. What is more reliable were the abundance of berries on a wide range of plants and, as I have recently said, because of the extra bird broods this year the berries are being devoured in large numbers. The hawthorns, cotoneasters and viburnums have been stripped bare but the holly and pyracantha are still full of berries.

I would suggest that you hedge your bets and cover this period with some garden interest by planting some of the suggestions above. In addition, there are some plants that tend to be avoided by birds and they include yellow, pink and white berried plants and oddly the red berries of skimmia seem to escape the bird’s attention.

There are also a new group of shrubs that has proved to be successful with colourful flowers and berries and that is the evergreen Hypericum inodorum, which is a naturally occurring European native hybrid between H. Androsaemum and H.hircinum.They were initially bred for the cut flower market and they can be seen in mixed bunches wherever cut flowers are sold. They have numerous small, yellow, starry flowers from late spring until autumn and, produce long-lasting oval berries in red, orange, yellow, white and pink depending on variety. As a guide they all have either ‘Magical, Mystical or Miracle’ after the name Hypericum and are now available for gardens and make attractive shrubs around 1-1.2m (3-4’) high and wide and you can pick for indoor decoration too.

There have been too many rainy and windy days, including a few frosts, and that put a stop to many summer flowering annuals and vegetables. We are just picking the last of our tomatoes which are still good and the remaining green ones and peppers have been picked and will be used during cooking or made into chutney.

I would move any patio plants that you want to save into crates, boxes or pots and these include begonias, geraniums, bacoba and trailing petunias. We lift the plants while removing excessive compost, trim the tops and place into containers, water overall with a fungicide and after drying off put in a light frost free place such as a glasshouse, porch, sunroom, tunnel or garage window.