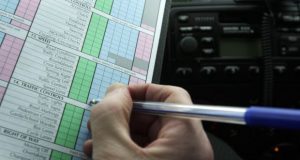 PEOPLE awaiting a driver theory test in Waterford will be waiting until at least mid June 2021 to secure a test in the Waterford Road, Tramore testing centre. The wait is due to a nationwide backlog in theory tests due to Covid-19 lockdowns resulting in postponements.

The backlog of people awaiting driver theory tests in Waterford means those seeking to book a test have to choose between travelling to testing centres in Killarney in Kerry, Clonmel in Tipperary or Wexford in March and April, or wait until mid June for a slot in Waterford.

The waiting list for people who have already undergone driving lessons and are now seeking a driving test to secure a licence has also jumped by a massive 70% nationwide since June. The Road Safety Authority has confirmed that more than 94,000 motorists across Ireland are awaiting driving tests, including several hundred people in Waterford.

Under Covid-19 Level 5 Government restrictions, which came into effect from midnight on Wednesday, October 21, for six weeks, those awaiting driving tests can attend their scheduled driving test appointment provided they are an essential worker involved in the provision of essential services or essential retail outlets.

“With public transport down to 25% capacity and sharing of lifts now not feasible due to Covid, this is causing massive problems for people who need a licence to get to work,” he said in a statement.

“In addition, the driver theory test has been suspended until early December, causing further delays for those needing to learn to drive,” O’Rourke said.  O’Rourke said there was a “clear need” for additional driving instructors and testers.

“Likewise, longer opening hours and weekend tests would go some way to address the lengthening backlog,” he said.

John Delaney directed to provide ODCE with details about litigation