An designer’s impression of the interior of the North Quays Shopping Centre.

He added: “It’s a very exciting project and potentially could be the largest docklands regeneration project outside of Dublin. And what it does illustrate is that public infrastructural investment can unlock significant private sector investment.”

In addition, the extension of the South East Greenway through linking the Waterford Greenway into the South Kilkenny/New Ross route via the North Quays will provide “a real boost to the (construction) industry,” according to Mr O’Connell.

“We have had the Waterford Greenway in operation now for a number of years and that has illustrated the value of greenway projects for the general economy…we have also had funding allocated to the Midleton/Youghal Greenway and the New Ross Greenway project, which is well underway in the South East. That will allow for a network of greenways right throughout the region.”

Interestingly, construction activity in the Southern Region over the course of the year, despite the Covid-19 pandemic, demonstrated that “the industry was capable of working safely. We are an industry that’s used to assessing risk and working according to that risk”.

Construction employment, Mr O’Connell continued, “has been largely unaffected since we’ve resumed work. There are currently 145,000 people employed in the sector”. 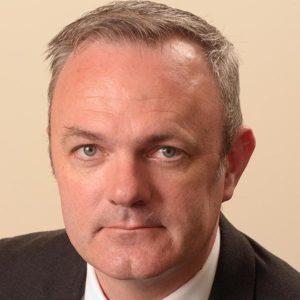 However, “the majority of the (pre-Covid) upturn has been taken up by commercial, industrial and other types of output – residential has not recovered to the same extent…new dwellings are not increasing in the manner in which we would expect and hope and unfortunately that’s down to many factors. What it does illustrate is that the commercial viability of residential projects is still marginal in many areas and in many locations.”

The most up to date new dwelling commencement figures (running from January to August 2020) puts Waterford at 360, Wexford on 339, Kilkenny on 248 and Tipperary on 187. However, Mr O’Connell stated: “It is probably too early to comment on them and we will have to wait until next year to see how the commencements panned out for 2020…

Mr O’Connell also told the conference that general contracting activity in Waterford this year – excluding residential and civil engineering – is currently worth €11.4 million approximately, according to data supplied by Construction Information Services.