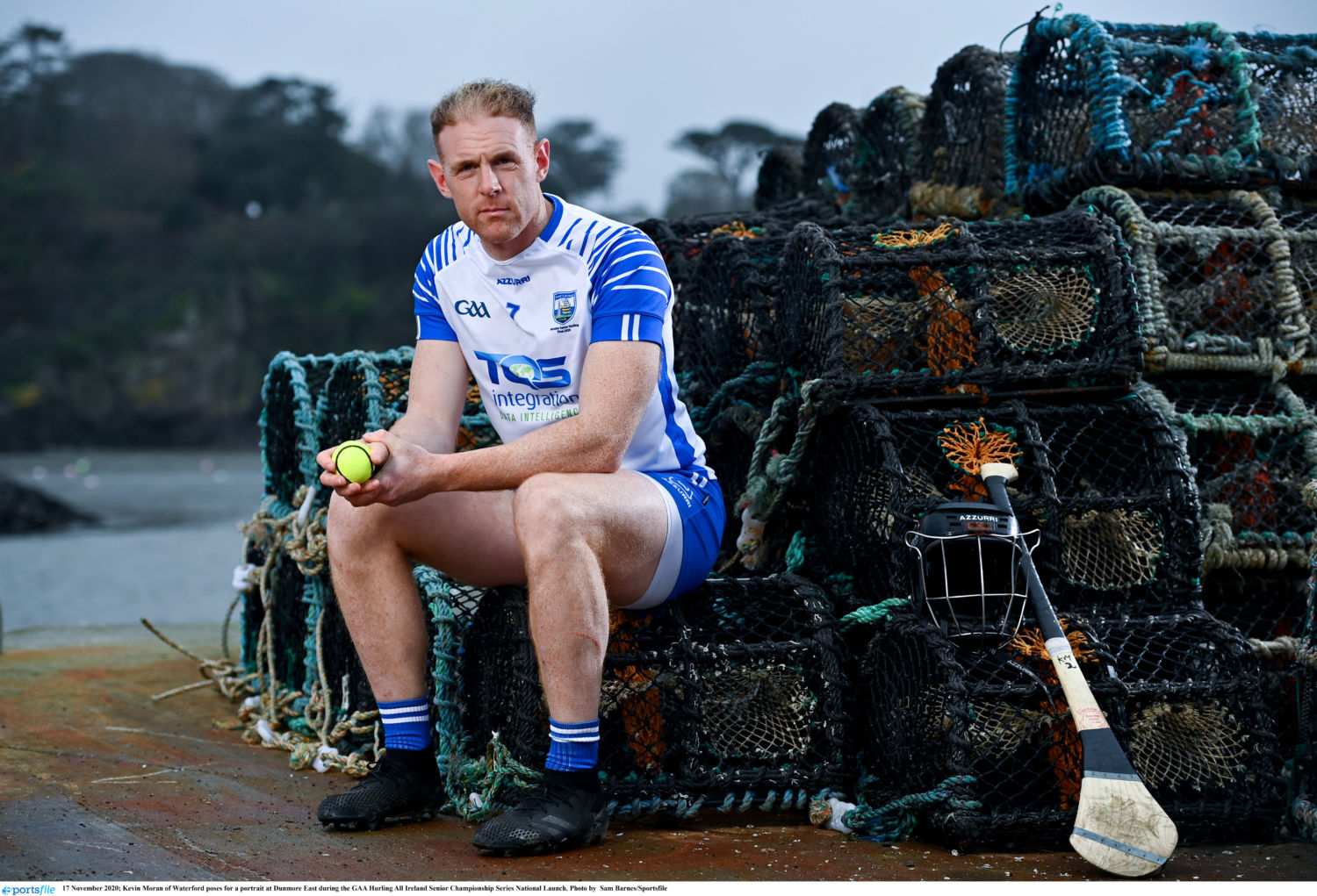 It is fair to say that the results of last weekend’s provincial finals and the two qualifier games have thrown the race for All Ireland honours wide open. Kilkenny upset the odds, as they are always wont to do, by beating Galway to take back the Leinster title and while Waterford just failed to follow suit in Munster they showed that All-Ireland favourites Limerick are beatable while demonstrating that they themselves can still have a say in the destination of the title.
Waterford go into Saturday’s game with old scores to settle following two championship defeats on the bounce under the ‘Round Robin’ system, the most hurtful being the one point defeat in last year’s encounter in Walsh Park. A lot of water has gone under the bridge since that game with subsequent results leading to changes in the management of both teams with Brian Lohan taking over in Clare and Liam Cahill coming on board in Waterford.
Lohan took Clare, as group toppers, to the League semi-final which was by passed as a result of the pandemic resulting in a bye to the final against Limerick. Waterford did not get the opportunity to go further than their quarter final against Kilkenny after a strong showing in their Group games but now they go into this game against Clare knowing that they can set up a mouth watering semi-final with their Suirside neighbours a week later.
Besides the managerial changes on both teams this year there is little resemblance between the teams that lined out in Walsh Park last year and those which played last weekend. Only six of the Clare side that started in Walsh Park started in the win over Wexford though David McInerney will certainly be back for Saturday’s game following his one match suspension while it is believed that John Conlon could be available for consideration following a long spell out through injury. Eight of the Waterford side from last year’s defeat started against Limerick with the most notable absentees being Pauric Mahony, through injury, Philip Mahony and Noel Connors who are no longer on the panel. 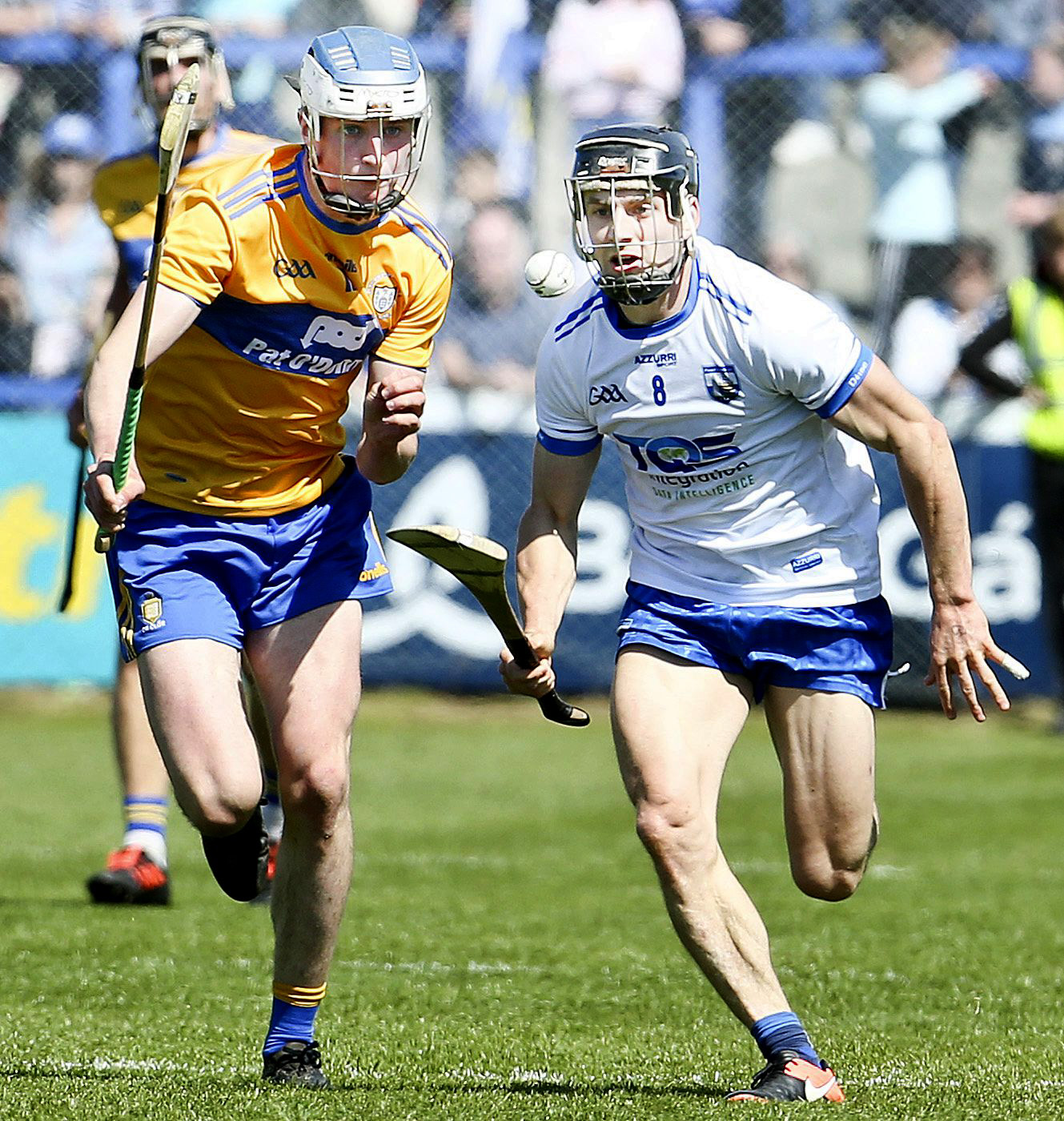 Waterford’s Jamie Barron gets away from Clare’s Diarmuid Ryan during their 2019 Munster SHC clash in Walsh Park. The two counties meet again on Sunday in Pairc Uí Chaoimh, this time in an All-Ireland Quarter-final. Photo: Sean Byrne.

WATERFORD FAVOURITES
Waterford will go into this game as favourites with the bookies on the back of the win over Cork and an impressive performance against Limerick. Taking into account Clare’s ten point defeat at the hands of Limerick in the opening round of the Munster Championship Waterford must be considered the form team here. However, previous results mean nothing at this stage of the championship and previous years have, time and again, shown earlier results to be overturned as was the case with Tipperary last year.
Clare were fortunate to get past Laois by a single point and as a result were not expected to beat Wexford last Saturday. In the event Clare were far more motivated going into that game and while Wexford, without the leadership of Lee Chin, had not recovered from the carnage suffered against Galway. Where leadership on the field is concerned former ‘Hurler of the Year’ Tony Kelly has embraced that role with vigour in this Clare side and has carried them through to this stage as top scorer in each of his team’s three games.
While containing Tony Kelly will, no doubt, be foremost on Liam Cahill’s agenda this coming week Brian Lohan will have taken in what he has seen of Waterford’s performance against Limerick, mentally noting the contribution of Stephen Bennett and his potential influence on proceedings on Saturday. Anything Tony Kelly can deliver for Clare Stephen Bennett can emulate for Waterford but this game will not be decided by the comparative inputs of any two players. Leadership on the field is important but it is a team game and it is how the other players respond to that leadership will decide the outcome here. 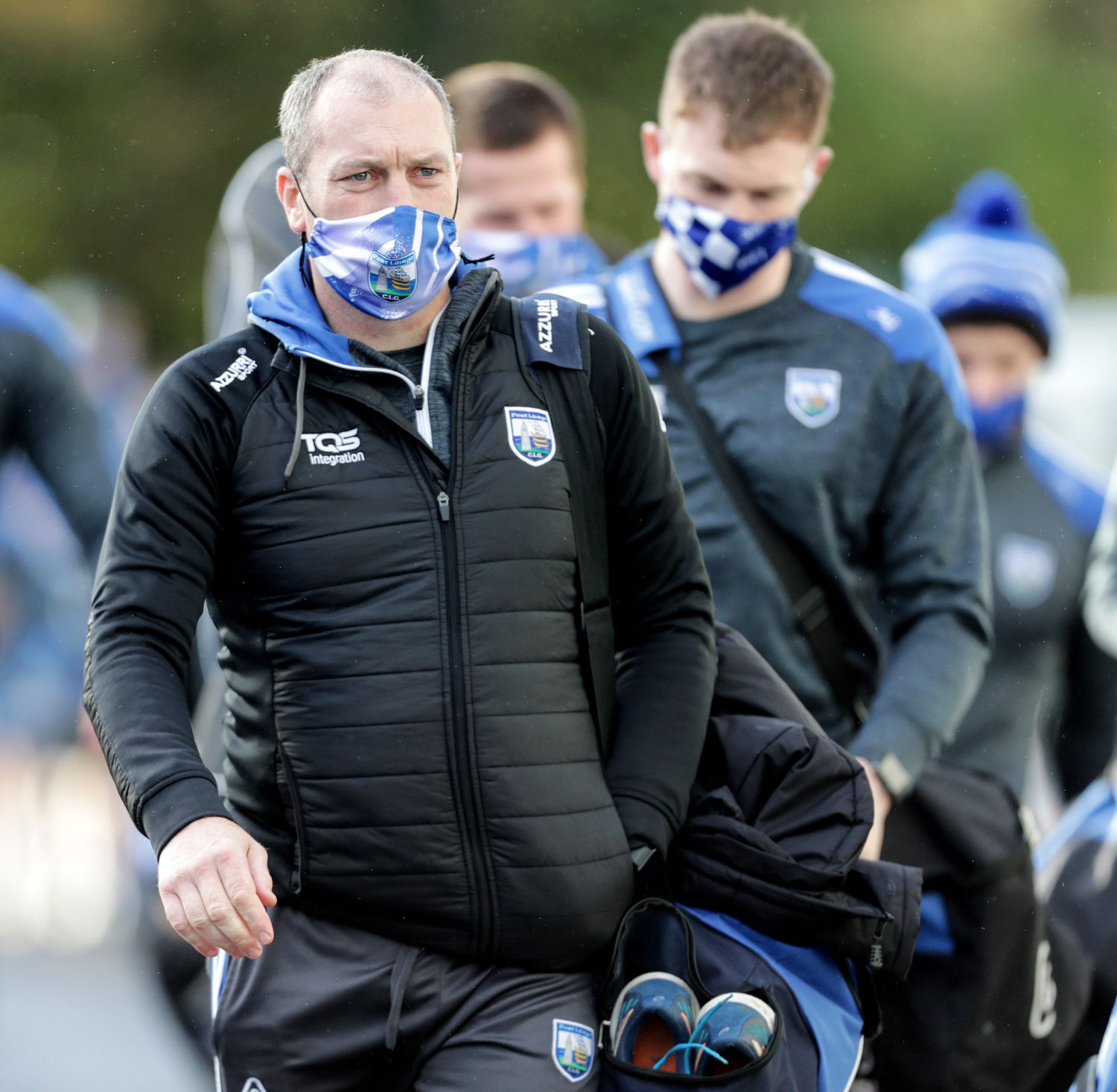 STILL ROOM FOR IMPROVEMENT
Despite losing to Limerick there was much to admire in the overall performance but it would be foolish to think that there is not room for improvement. It has been noted, I am sure, by the back room statisticians that possession from our puck outs is not what it should be and that is a matter that needs to be worked out with Stephen O’Keeffe going into this game. Apart from Calum Lyons’ goal against Cork we have not really threatened the opposition’s goal from open play. While the emphasis now appears to be on taking every opportunity for a point it is not unreasonable to point out that goas win matches, e. g. Kilkenny last Saturday, and an occasional low ball in front or wide of Dessie Hutchinson or Austin Gleeson could pay off.
Clare will be happy that they have drawn Waterford at this stage and will fancy their chances. Waterford cannot afford to approach this game with anything less than the same degree of intensity or commitment they brought to the table against Limerick. In fact they will probably need that bit more.
The pathway to an All-Ireland Final is still open but Waterford cannot afford to look beyond Saturday. Clare will see this game as we see it, a great opportunity going forward. It is a fifty fifty game but if Waterford produce their best as a team they will Carry their title challenge into the
following week. If an added incentive is needed it must be the prospect of a semi-final showdown with Kilkenny. That Saturday’s game is fixed for Cork will be a disappointment for both teams. Thurles would be the preferred and logical neutral venue for both counties but perhaps there is a good reason for it not being there. A further disappointment for followers is that the game will not be on RTE but on Sky Sports Mix.