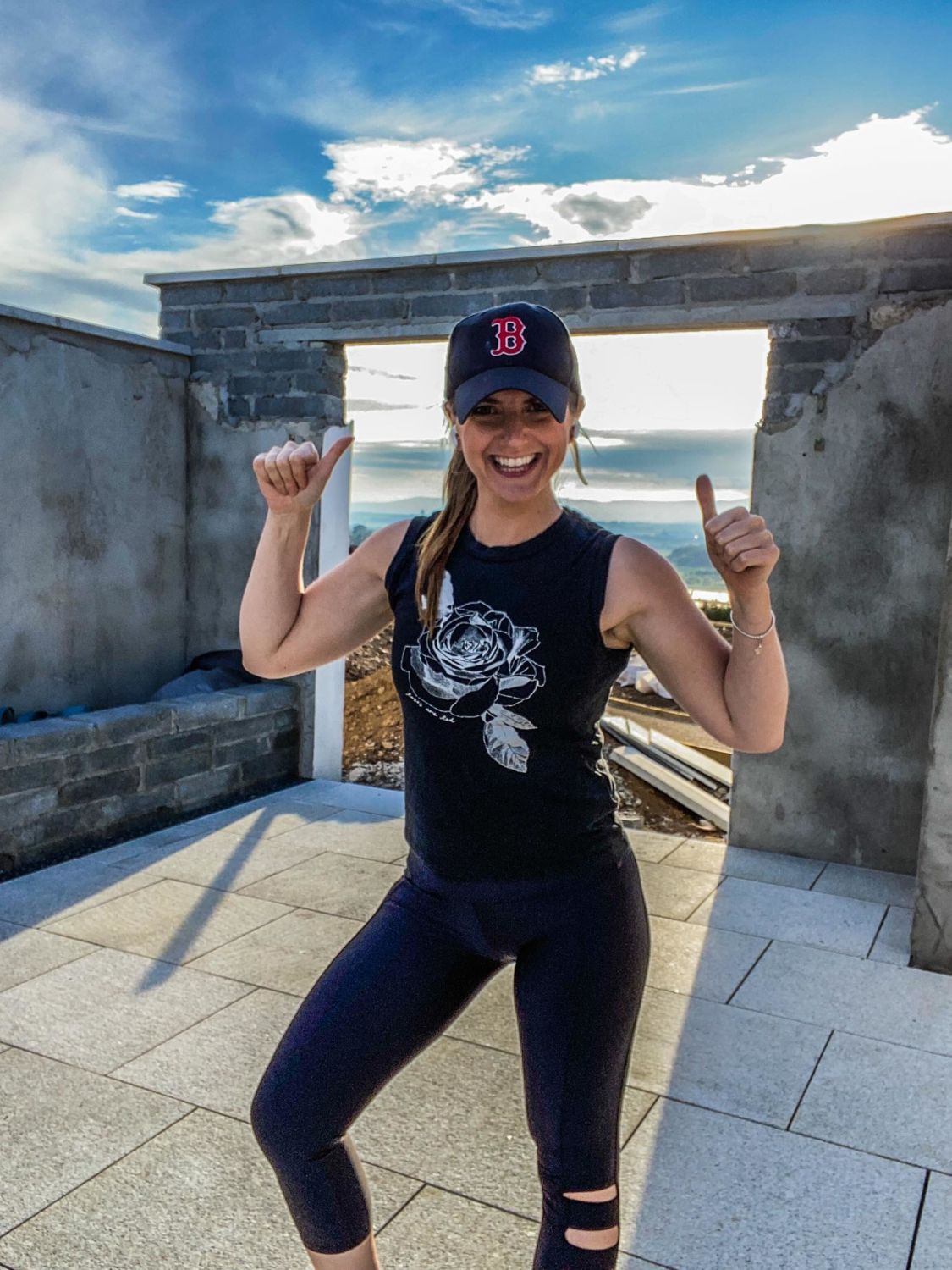 Lynne Ward, with her bright smile and her lyrical tones hails from the beautiful village of Campsey in Derry. Now, she is widely known as the energy behind Tramore’s Rebound Fitness, and Pepper Hustle – an online health and fitness platform, but back then, she was jostling for position in a family of eight children.

“It was kind of wonderful to grow up in a family, full of personalities, where everyone is struggling to be heard. My Daddy was away on the oil rigs for a long time, he would leave for six months and return for two. My Mum essentially raised eight children largely on her own.”

At the age of eighteen, Lynne left Derry, destined for the University of Edinburgh, where she studied toward a Bachelor of Engineering in Computer Networking. However, while she was away, her Mum died at the young age of 47, leaving Lynne’s Dad as the sole carer.

“She had been sick when I left, and very sick towards the end of my first year in college and she passed away from bowel cancer. Perspective is an odd thing, looking at my older sister now, she is 47 and to me she is vibrant and young. I didn’t realise at the time how very young Daddy was when he lost her.”

Despite describing a life-halting experience, Lynne reflects on her Dad and how he got through this experience – this is a characteristic of Lynne’s which appears often throughout our conversation; how often she thinks of others.

“I stayed in Edinburgh for almost 16 years, it was a wonderful place to be. I worked as an IT Engineer, before I started my own company and became an IT Consultant, working on billion dollar projects. It was a really fulfilling time. It was during that time that I met my now husband, Michael Hutchinson, who is from Fenor.”

The big move to Ireland

Seismic changes came when Lynne became pregnant and Michael was offered a new job role in Dublin. Following the loss of her beloved mother, and the now familiarity of life in Edinburgh, Lynne was about to step across the water with the man she loved.

Moving to pastures new is exciting, and adventurous, but oftentimes lonely, as Lynne would find out.

“I didn’t know one person. Michael was travelling globally by that point and I was working from home. He would leave on a Monday morning and come back on a Friday night and it’s been that way for seven years. When you move somewhere new, and you have a baby, you move into a different phase in your life. It’s difficult to make important social bonds and you need to be sure that they will be the right kind of people for you. You can spend time with people but they may not be your vibration and you can risk not being yourself. I struggled with this entire period, being honest.”

Having carved a wonderful life out of the bedrock of Edinburgh, Lynne realised that she needed to do something for herself here; she needed to create her own happiness by venturing down the road not often taken.

“When my wee boy was about eight or nine months old, I made a decision, looking back now I can’t quite believe that I did it. I had taken a year off work and I experienced such a loss of identity. It was for my head space and my sanity that I had been returning to exercise over this time and I decided that I was going to do something for me. I decided to retrain as something completely different, something that would offer me a breather from life, a different journey, just for a year.”

Lynne worked towards fitness qualifications and the pure enjoyment, and the natural aptitude that she showed for it surprised her, because she had never been looking for additional fulfillment or other options.

“I wasn’t a wife, I wasn’t a Mummy, I wasn’t even Lynne; in that time I was just myself. Without being anything to anyone else, this new road fixed something for me that was broken and I hadn’t realised it until that point.This fed into all areas of my life.”

Having successfully completed the fitness instructor course, Lynne added additional qualifications to her growing achievements and she was now qualified in the field of nutrition, and in the area of teaching Kangoo Jumps. 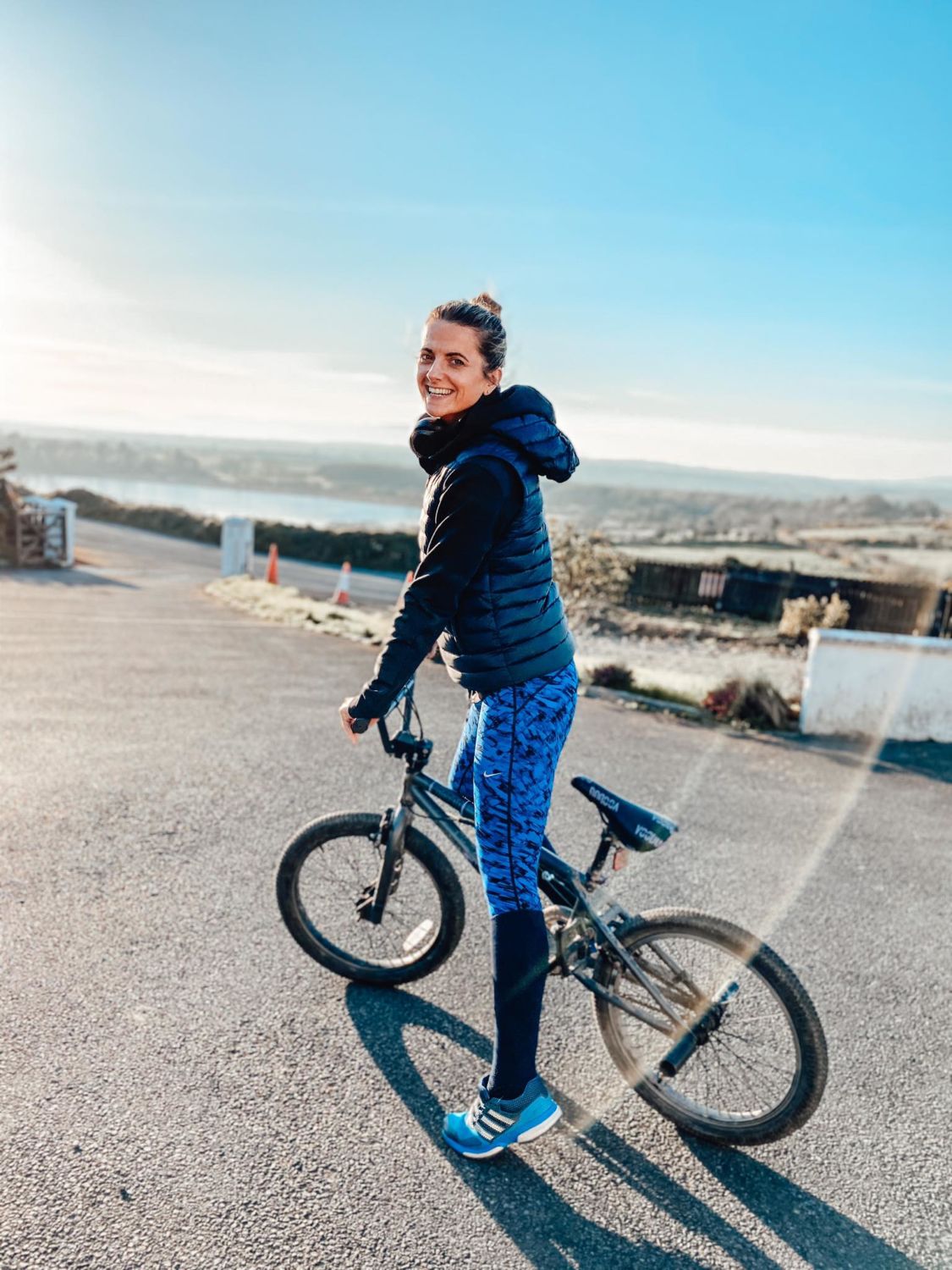 On St. Patrick’s Day, all those years ago, Lynne was ready to take the first step into the public realm and she hand delivered 500 flyers for her upcoming classes. A long period of silence followed, before Lynne realised that her class was fully booked. It had started.

“Almost a year later, I collapsed and I ended up with a clot in my lung. I spent time in a hospital in London and they discovered my heart issues.”

When Lynne returned, despite such a frightening diagnosis, her ambition was sky high and she built her business up.

“Opening my own studio is something I’ll never regret. It changed my life and brought so many wonderful people into it. I needed my own space to grow and for me, this was it. The best thing about this job, and the thing that brought me the most happiness was being grateful. I was so grateful for all that I had in my life, and that has always been the key to my happiness. I knew that those same things that changed my life could change the lives of others. Every single one of us has the power to feel better, mentally and physically, and we have the power to do that for ourselves.”

In 2019, Lynne was very sick, completely masked so that nobody would worry. She sat outside her studio in tears and phoned her doctor. Lynne felt sure that she was dying. Her symptoms were so similar to what her mother’s had been, and she spent a full year allowing that worry and uncertainty to eat her up, not even telling her husband. A diagnosis of ulcerative colitis was made, a diagnosis which was also made to her mother many years ago. 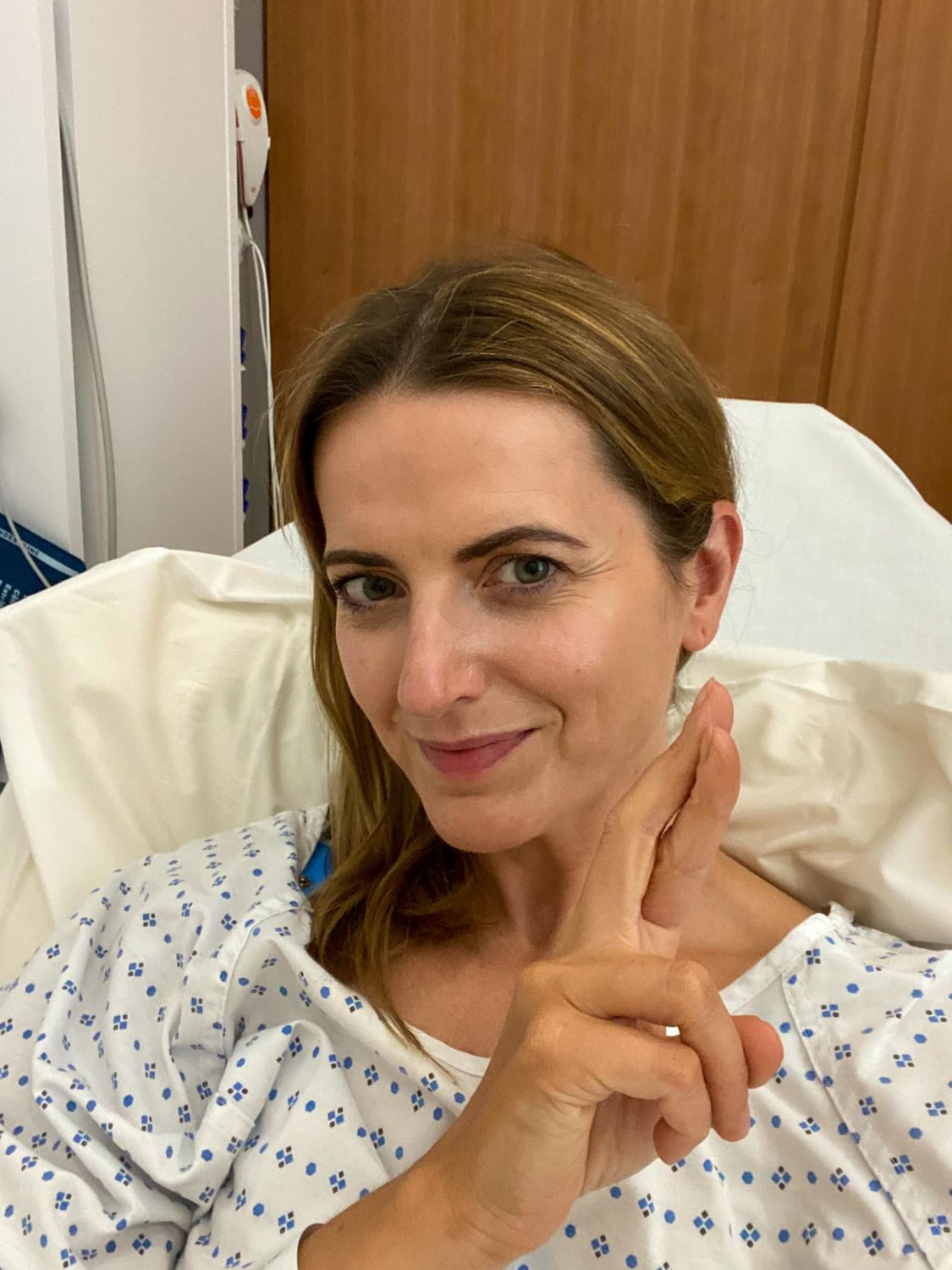 “Emotionally, this was an incredibly hard time. I found myself grieving for my Mummy, all these years later, and realising how young she had been. I maybe hadn’t done this when I was nineteen. It made me realise that I had known for five years that I needed to have heart surgery and I had put it off – it was never the right time. I realised it’s time to put myself first, I’m out there doing it for everyone else, now I need to do it for me. I needed to make choices, and not to live in fear. It was the best decision I ever made.”

Lynne is taking the time to return to fitness, knowing that her body will move at a pace which is right for her, and her infectious enthusiasm and positivity is glowing endorsement of the importance of listening to yourself. The road less travelled was certainly the road to happiness.