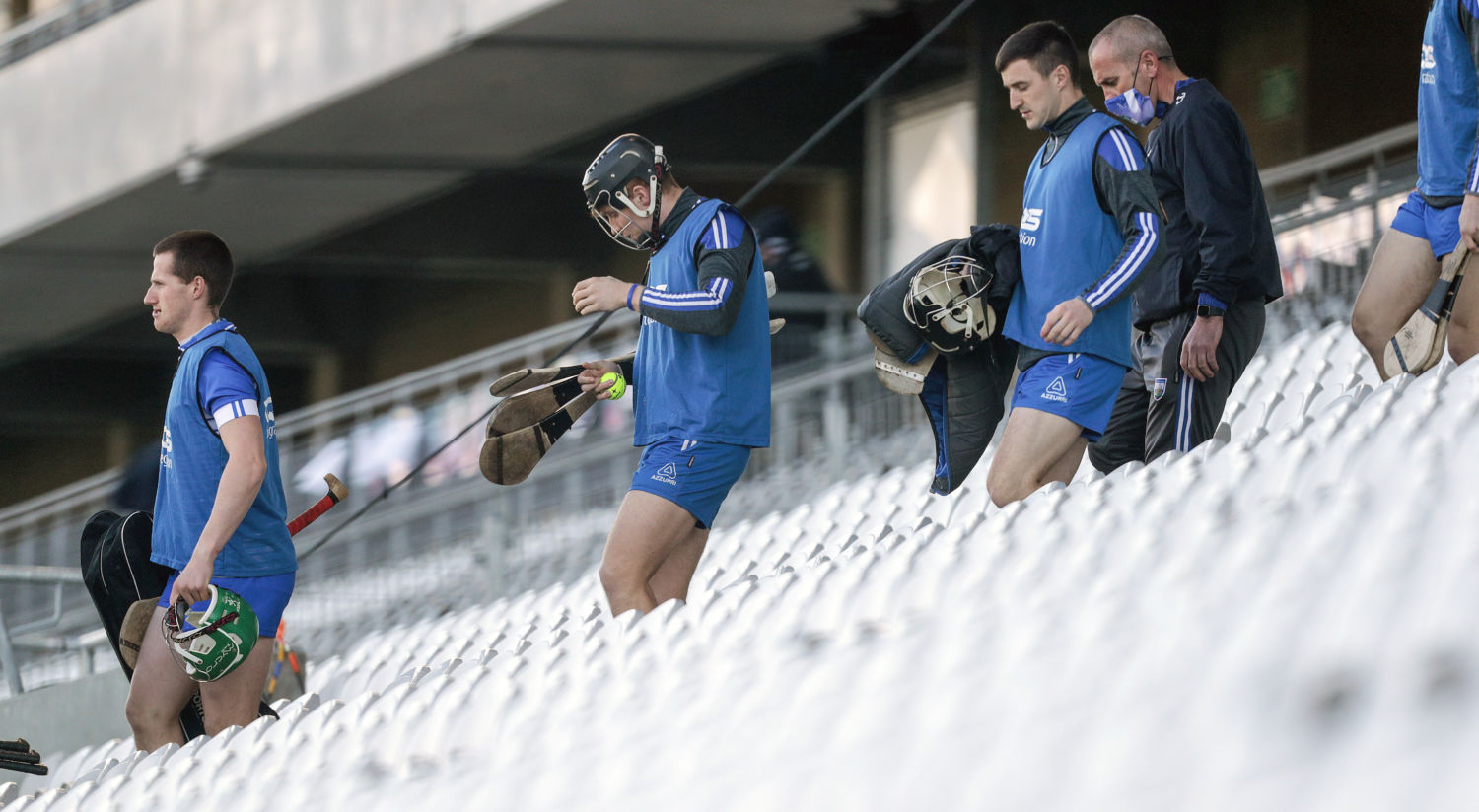 The Waterford players on the way to the pitch for today’s All-Ireland SHC quarter-final meeting with Clare in Pairc Ui Chaoimh. Photo: INPHO/Laszlo Geczo.

The action in the All-Ireland Senior Hurling Championship quarter-final in Pairc Uí Chaoimh is underway and here’s the latest action as the Déise bid to book their place in an All-Ireland semi-final meeting with Kilkenny….Galway have already booked their place in the last four (against Limerick) after a two point win over All-Ireland champions, Tipperary….. 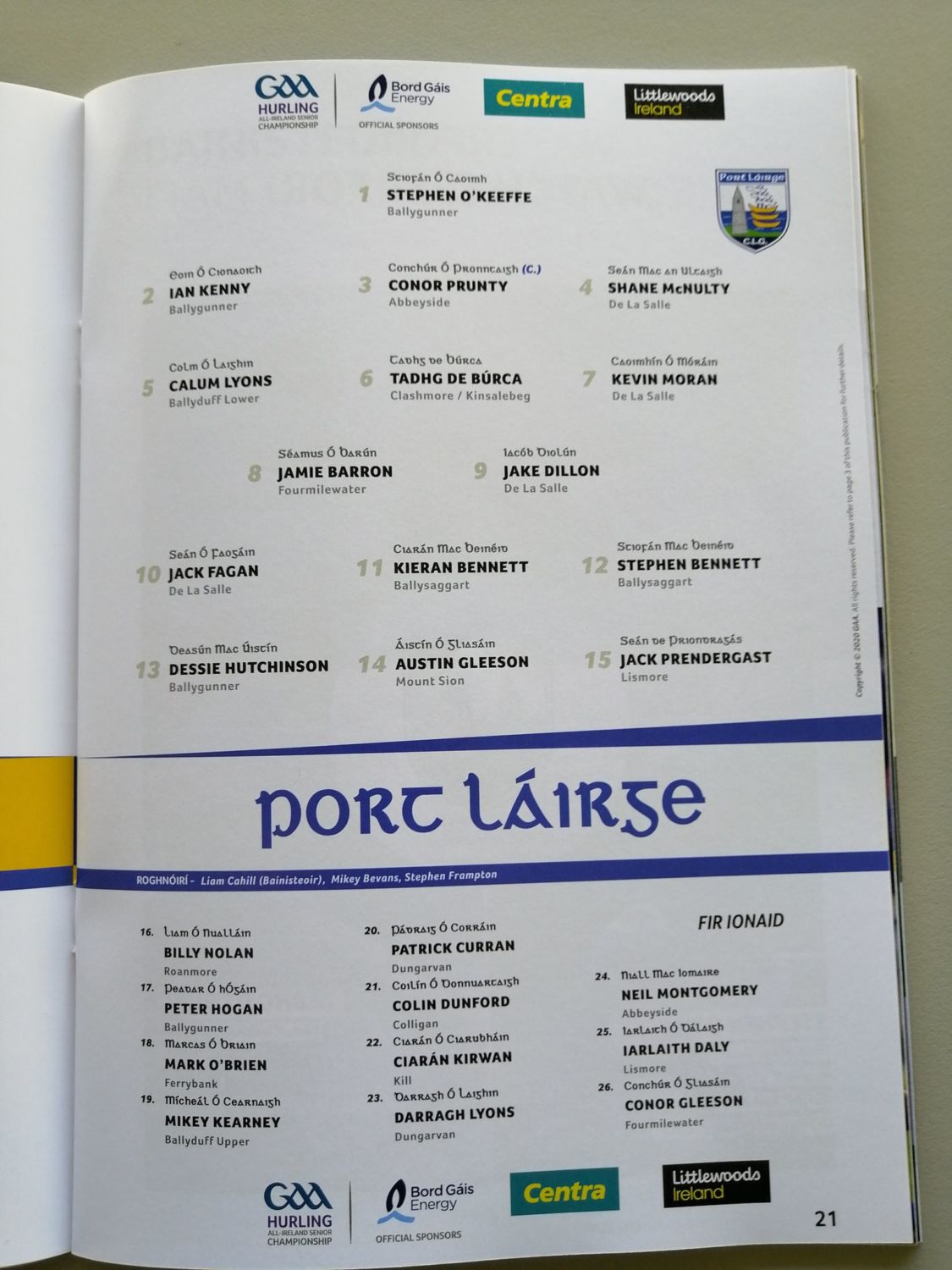 WHAT A START: A Waterford goal after 100 seconds, an Austin Gleeson shot was saved and the rebound was flashed to the net by Dessie Hutchinson…..

FIRST WATER BREAK: WATERFORD 2-5 CLARE 0-6: A point from Dessie Hutchinson (2-1) and two Clare points from Tony Kelly and Cathal Malone. Tony Kelly back in after going over on his ankle…..

30 MINUTES: WATERFORD 2-9 CLARE 2-9: Two Stephen Bennett points and one from a free from Tony Kelly. It’s a cracking game of hurling to be fair.

HALF-TIME: WATERFORD 3-10 CLARE 2-10: After a very enjoyable first 35 minutes of hurling it’s Waterford who lead at the break by three. No doubt the star of the show in the first-half was Ballygunner’s Dessie Hutchinson with 2-1 from play and brilliant assist for Jack Fagan’s 36th minute goal. A Kieran Bennett point finished the first half scoring. 2-1 also for Clare’s Aaron Shanagher. 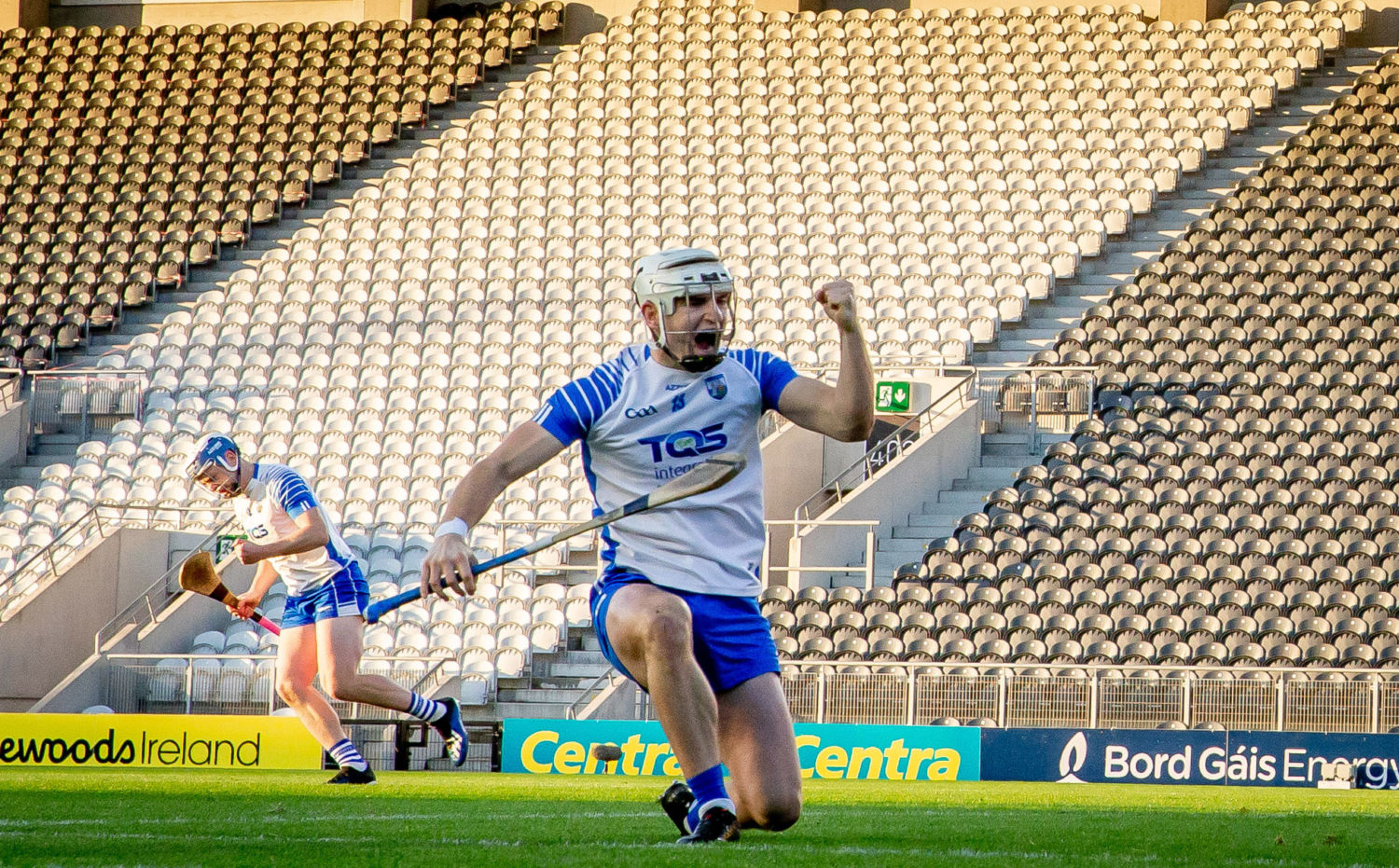 40 MINUTES: WATERFORD 3-12 CLARE 2-11: A bright start to the second-half by the Déise boys, with points from Stephen Bennett (F) and Neil Montgomery with one in reply by Tony Kelly from play.

45 MINUTES: WATERFORD 3-14 CLARE 2-12: Another point for Dessie Hutchinson (2-2) and a third for Kieran Bennett and a Clare point for Cathal Malone. Waterford lead by five.

55 MINUTES: WATERFORD 3-18 CLARE 2-14: A beauty from Austin Gleeson and on on the run by Jamie Barron has Waterford seven in front and in a great position with 15 minutes to play.

61 MINUTES: WATERFORD 3-20 CLARE 3-14: Stephen Bennett and Calum Lyons with the Waterford points and a cracking Clare goal by Aidan McCarthy.

67 MINUTES: WATERFORD 3-24 CLARE 3-16: Three from Stephen Bennett (one from play) and Clare points from Tony Kelly and Cathal Malone. Waterford heading for the last four……surely.

FULL TIME IN CORK: WATERFORD 3-27 CLARE 3-18: Waterford will meet Kilkenny in the All-Ireland semi-final at 6pm on Saturday next in Croke Park after they delivered a brilliant display to blow Clare away by nine points in Pairc Uí Chaoimh. The final three Waterford scores came from Conor Gleeson (2) and Darragh Lyons, while Cathal Malone and David Reidy provided the final two Banner white flags.

A brilliant day at the office for Liam Cahill’s Waterford, roll on next Saturday and a first All-Ireland SHC semi-final appearance since 2017.