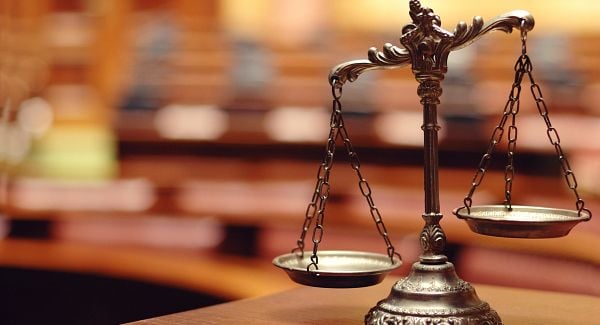 A businessman was beaten and threatened so badly by a dissident republican gang that he asked to be shot to end his ordeal, the Special Criminal Court has heard.

The non-jury court heard this afternoon that Mayo businessman Edward McAndrew was beaten with iron bars and threatened by a group of men demanding money in Omeath, Co Louth, in 2017. The men told Mr McAndrew that they were members of the Continuity IRA.

Today Anthony Finglas (49) with an address at Havelock Place, Warrenpoint, Co Down, appeared in the Special Criminal Court pleading guilty to demanding money with menaces from Mr McAndrew at One Ferry Hill, Cornamucklagh, Omeath, Co Louth, on December 2nd, 2017.

The offence comes under the Criminal Justice (Public Order) Act of 1994.

After his defence counsel outlined the mitigating circumstances in the case, including that the defendant was a grandfather, Mr Justice Tony Hunt said “not to push too hard on the grandfather line” as Finglas is “hardly a candidate for Werther’s Original”.

A victim impact statement read to the court by prosecuting barrister Ms Anne-Marie Lawlor SC said that after his ordeal Mr McAndrew, who traded in plant machinery, became suicidal and endured “an unbearable psychological and emotional impact”.

Ms Lawlor said that two other men stand before the court on related charges, but that Finglas had entered a guilty plea to the single offence of demanding money with menaces, which the State accepted on the basis that the full facts of the case be heard.

Detective Sergeant Padraig Boyce told Ms Lawlor that Mr McAndrew received an email in September 2017 requesting a meeting with Mr McAndrew from a man called “Barry”, claiming to have machinery for sale.

Mr McAndrew travelled from Mayo to attend the meeting, which had been arranged for the Crown Plaza Hotel in Dundalk, Co Louth, on December 2nd, 2017.

Two deals were discussed for one piece of machinery purportedly worth €85,000 and another for €50,000, which were to be bought by Mr McAndrew.

Mr McAndrew was to follow the Toledo to the machinery, but temporarily lost it but met with the male again, who was now driving a silver Caddy van, which Mr McAndrew got into. Mr McAndrew was driven to Cornamucklagh, about 200 metres from the Border, said Det Sgt Boyce.

At Cornamucklagh, three males, two of whom had iron bars while another brandished a knuckle-duster, attacked Mr McAndrew.

In a statement to gardaí, Mr McAndrew said that the men claimed to be members of the Continuity IRA and began to “batter” Mr McAndrew about the head, body and legs while demanding money.

Mr McAndrew was put into the boot of a Mercedes E3 and was told that his mother and daughter would never see him again if he did not pay £50,000 to them in the coming days.

Mr McAndrew later identified Finglas from a line-up parade and recognised his accent from a moment at the scene when Finglas said: “Ease off or you’ll kill him”.

After two hours in the boot of the car, Mr McAndrew was released and managed to reach his own jeep before driving to hospital.

Mr McAndrew, who was in fear for his life at the time of the hospital visit, told gardaí that he told the doctors that he was in a motorcycle crash.

Amid phone calls and emails demanding money in the weeks after the attack, a text message was sent to Mr McAndrew’s daughter claiming to be from a friend of Mr McAndrew’s called “Barry”.

Mr McAndrew downloaded an app to his phone that allowed him to record calls and took a recording of a threatening call to gardaí in Enniscrone, Co Mayo.

The PSNI and gardaí co-operated in a search of Finglas’ house in Warrenpoint, where they found Mr McAndrew’s phone, which Finglas had been using. Mr McAndrew’s phone had a contact list that included the number of his daughter, said Det Sgt Boyce.

Reading from Mr McAndrew’s victim impact statement, Ms Lawlor said Mr McAndrew stated that when the three males threatened to shoot him, he asked to be shot “to end it all”.

Mr McAndrew’s said in his statement that he has facial scars that he sees every day, cannot sleep, suffers flashbacks and had taken to drinking to numb the psychological and emotional impact of the attack.

Mr McAndrew said that he was in counselling and that he did not feel safe regarding himself or his family and felt that he would be better off leaving Ireland and starting a new life abroad.

Defending barrister Mr Michael Bowman SC said that the recorded call was not from Finglas, but from another male and that his client was “muscle” for the gang and was not “operationally engaged”.

Counsel said that his client was in custody on an early guilty plea, had taken responsibility for his involvement in the attack and had assisted the State by taking part in the identity parade.