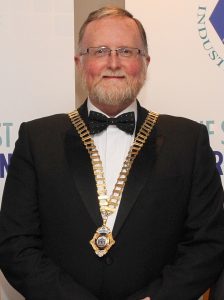 MAJOR infrastructure projects in the Southern Region remain in “serious delay” according to the Chief Executive of the Construction Industry Federation (CIF).

Speaking during a panel discussion at last Thursday’s CIF Southern Region Construction Summit, Sean Carrigy acknowledged the public’s right to object to project development but added: “I don’t think the delays that we’re experiencing here in Ireland would be experienced in other countries.”

When asked by Conference MC Jonathan Healy (Newstalk, RTE’s ‘Today’ show) why such delays persist, Mr Carrigy replied: “I don’t honestly know. I don’t exactly know what they do differently but it’s just taking us a long, long time to get projects going.”

Referencing a long since proposed incinerator in Cork, Mr Carrigy stated: “It’s been at judicial review for the last few years and it still hasn’t moved on. The TII (Transport Infrastructure Ireland) is talking about delivering the (improved N20) road to Limerick by 2027, which seems very ambitious. Paul Moran (TII’s regional manager of the South-West roads capital programme) last year indicated that from the time a road scheme or a project gets a ‘birth cert’, it will take about 13 years to deliver. So it’s the steps along the way – it’s not the construction process – once we get to site we can deliver it’; it’s all the rights to object and inputs along the line that are taking up the time.”

When asked for his two cents on this, KPMG Partner Michael Lynch said: “I’m hugely optimistic, first of all, in terms of the opportunities for the Southern Region. I think we need to look back on the significant progress that has been made over the past five years. Internationally, we would see there is an appetite to invest. The opportunities to get a return on capital are limited and the capital is there to invest. As already mentioned, the announcement made on Budget Day in terms of the (€10 billion) commitment to infrastructure is really positive and there are probably some other measures we could (implement) to maybe just enable that to move along a little further.”

Mr Lynch added: “I genuinely think we still need to look at the VAT rate in relation to residential (developments). The actual costs of delivering apartments in city centres, the sums (as they stand) don’t work so VAT is an important level there. I also think we should look at tax depreciation on PRS (build to rent)-type schemes – not, maybe 100 per cent allowances as people would have looked for before – but do it like they do in Europe over 25 years, which would greatly enhance the actual equity proposition for third party investors and that’s what we need.”

Most of the capital invested over the last five years, said Mr Lynch, has come from outside Ireland. “I think we should genuinely look at how we make it attractive locally as well for people to invest. A 12 and half per cent rate, if you’re actually in property, is not a bad thing.” 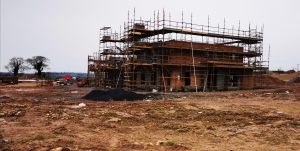 On this same topic, in addition to the viability of building apartments in Waterford, Cork and Limerick, CIF President Pat Lucey said: “Everything moves far too slowly. The planning system, which impacts an awful lot of the major infrastructure projects and impacts on housing developments, it’s not fit for purpose at the moment.”

Mr Lucey told Jonathan Healy: “Right now, I think, is the time we can actually do something about it because the stars are aligning. We’re seeing that the Office of Public Works is finding it extremely frustrating to deliver much-needed flood relief schemes. Irish Water were castigated last week by the EPA for not delivering as many projects as they should be delivering and yet the reason that they’re delivering them slowly is because of the planning system that we have. And then we know for years that TII have had problems getting the likes of the N28 (Cork to Ringaskiddy), the likes of Galway Outer Orbital through in any time-efficient, speedy time. So right now I think we all need to knock our heads together and I don’t believe that this should be a Government sub-committee going off on its own. I think this is going to need a cross-sectoral group of different skilled people sitting around a table with a definitive timeline to come up with proposals on the basis of: how can we give people the right to object to things but deal with those objections in a more timely manner.”