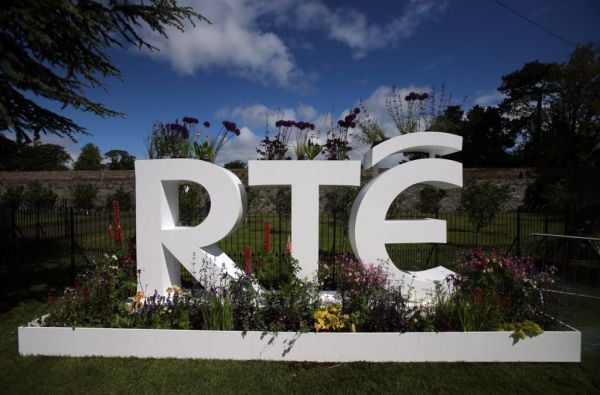 Top RTÉ bosses today met with Gardaí in relation to their inquiry into a retirement gathering.

Eimear Cusack, Director of Human Resources at RTÉ, said today that the broadcaster is “very aware” of the impact of the photos.

“We are very aware of the impact created by the photos which have appeared across Irish media over the last few days. Those involved have rightly apologised.

“We are all extremely disappointed and frustrated with what has happened, but it is important that we understand what occurred and learn from it,” said a statement from Ms Cusack.

She said that there is a full “health and safety review” underway as well as an inquiry by Gardaí.

“There is a full health and safety review in progress. In addition, RTÉ representatives met with An Garda Síochána today in respect of their inquiry.

“While this inquiry is ongoing, it would be inappropriate for us to comment further,” she added.

“RTÉ has always accepted invitations to appear before Oireachtas committees and will of course, if requested, do so on this occasion.”

Also speaking today, RTÉ Chair, Moya Doherty said that the failure of those involved to “adhere to proper social distancing procedures at a recent gathering in RTÉ” was a “matter of serious concern for the Board of RTÉ.”

She said: “As has been already acknowledged by the individuals present, there is an onus on all of us in RTÉ to be both above reproach and to lead by example at this time of exceptional national challenge.

“I have asked for an update on this matter this week, and the Board will address the matter in full at its meeting next week.”

Earlier, the Taoiseach said having leaders within RTÉ come before an Oireachtas committee will be “required” after photos emerged of staff flouting social distancing guidelines.

Micheál Martin says the matter, which involved an “impromptu” retirement send-off had been “disappointing”.

I think RTÉ has never been slow to go before the Oireachtas. As I said earlier, I think it’s most disappointing,” he said.

“I think there have to be genuine apologies from all concerned and I think there are some investigations under way already in terms of how it was organised and so on like that. So a presentation to the Oireachtas committee will be a required follow-through in relation to that.”

The chair of the joint Oireachtas Committee on Media and Culture, Fianna Fáil’s Niamh Smyth also said earlier today it was important to have RTÉ management come before the committee to explain how a retirement party was organised during level 5 restrictions.

Bryan Dobson, David McCullagh and Miriam O’Callaghan have all apologised for what they described as an error in judgement.

As Chair of the Joint Committee on Media, Tourism, Arts, Culture, Sport and the Gaeltacht I’ll be joining @TodaywithClaire on RTE radio 1 at 10.15am to discuss the fallout from the breach of the COVID19 guidelines by RTE staff members. @fiannafailparty pic.twitter.com/nYHPJEXb6s

Ms Smyth said she did not accept the event had been impromptu and RTÉ would have to explain how the gathering was organised.

We want answers and we expect a forthright statement from RTÉ. Who organised it? We are in level 5 lockdown. This was an indoor social gathering.

“There are very strict guidelines to follow. I accept that we’re all human and can have lapses in judgement.”

The incident is of “huge concern” she told RTÉ radio’s Today with Claire Byrne show, and the Oireachtas committee has a responsibility to request answers.

Senator Malcolm Byrne has said that the Oireachtas Media and Culture committee is not “looking for heads on stakes at Donnybrook”.

An invitation is likely to be extended to the director general of RTÉ Dee Forbes, following a meeting of the committee on Wednesday. 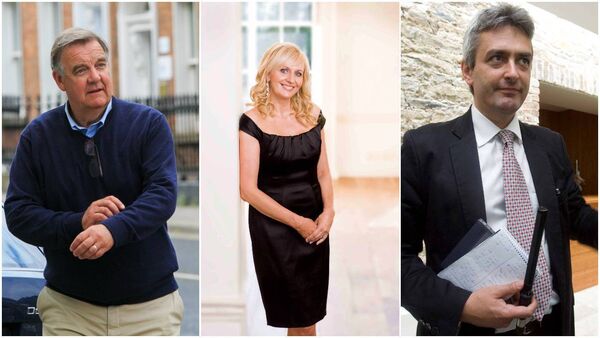 Bryan Dobson, Miriam O’Callaghan and David McCullagh have apologised for their lapse of judgement.

The onus is on RTÉ management to provide clarity over what had happened, he told RTÉ radio’s Morning Ireland.

“It was wrong, it shouldn’t have happened,” says @malcolmbyrne about the event at which @rte staff failed to socially distance or wear masks.

Mr Byrne said the subsequent apologies were sincere and genuine but that RTÉ needs to put procedures in place so it never happens again.

“It was wrong, it shouldn’t have happened,” he said. “Part of the problem is that RTÉ has not come out and explained what happened. If this had involved someone in politics and someone was not available to comment, RTÉ would be all over it,” he said, referring to the fact that Morning Ireland had sought a spokesperson, but was told none was available.

On Friday, RTÉ said it takes public health advice “with the utmost seriousness and has implemented detailed workplace protocols which have been in place since the beginning of the pandemic”.

It added: “These have been essential in keeping staff and visitors/programme guests safe whilst on site. Because of the measures taken by RTÉ, no cases of Covid-19 have so far been transmitted on campus.”

It said the event should not have happened and has reminded staff of their obligations to follow public health advice.