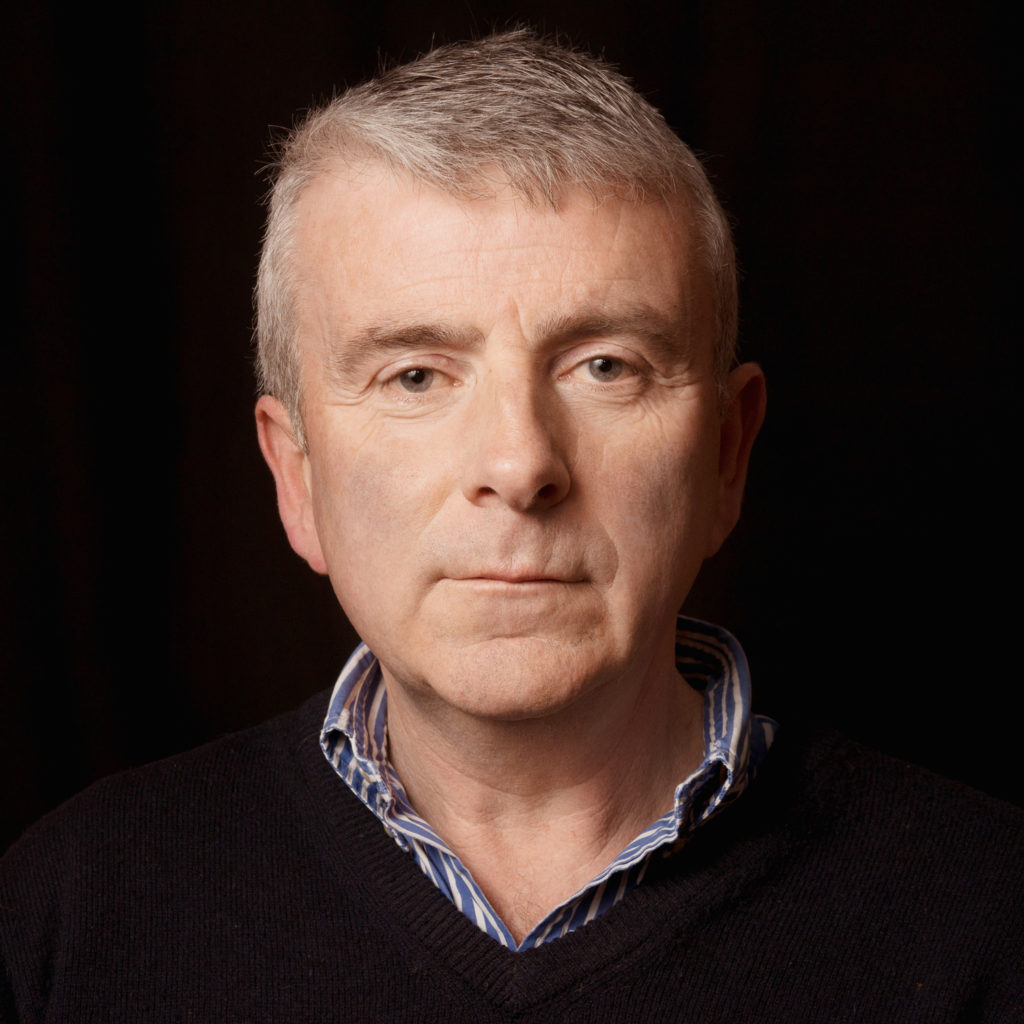 IT was a sort of Jimmy Jam Session in the balcony of the Theatre Royal as the playwrights Jim Nolan and Jimmy Murphy teased out the life and times of a modern playwright in modern Ireland.

Hosted by Dr. Kate McCarthy in the balcony of the Royal – probably not the best location for the chat – Murphy and Nolan responded to Kate’s questions and expanded upon them. Kate was very keen to know the inside story on Red Kettle’s production of Murphy’s ‘Kings of the Kilburn High Road’ that was directed by Jim as his final act with Red Kettle.

“What were you looking for?” asked the WIT lecturer. “I wanted a different type of play to the Dublin ones I had been writing,” said the writer. “I had been working on the buildings in London and I wanted to tell the truth of the lives of these navies. The play almost wrote itself in less than two weeks,” said Murphy.

‘If the idea is in your head, it will come and the scaffolding will be there. If nothing comes, you just have to be patient. Patience is the real talent; writing a play is not a sprint – it’s a marathon’

“And Red Kettle were looking for a play that had a visceral connection with a generation of people that had been forgotten. The actors were cast for their worn-out look and I don’t think I had ever been happier as a director,” adds Nolan.

Red Kettle also took up Jimmy Murphy’s ‘Castlecomer Juke Box’ that had been written specifically for female actors. “Finding work is hard for a woman working in theatre,” adds Murphy, “and I wanted to address that.” The conversation wanders to the modern attraction for one-person one-acts. “They’re cheap, easy to stage and the investment is pretty safe – even with a small theatre,” says Jimmy.

Dr. McCarthy wonders about burn-out. “Take your time,” remarks Jim, “if the idea is in your head, it will come and the scaffolding will be there. If nothing comes, you just have to be patient. Patience is the real talent; writing a play is not a sprint – it’s a marathon. Especially right now.”

Jimmy feels that big audiences are gone for the moment and wonders if they will ever really return. Will audiences have the confidence to come back to the physical building of a theatre in the future? Who and what will survive the pandemic? What version of theatre will survive and will digital theatre plug the gap? Where will artistic directors be in 10 years‘ time?

Jim Nolan agrees and adds that the arts community is currently terrified. The Waterford playwright feels the loss of the communal sense of theatre; of a community sitting down together in the one space to experience drama. Some companies will go to the wall and will never recover.

I’m delighted when Kate moves the playwrights on to speak about the importance of amateur drama. The boys are certainly on my wavelength here. “Amateur theatre groups allow more people to experience drama than professional theatre and they perform it in a communal way,” says Jim. Murphy points to the much-needed revenue provided by am-dram groups and hit plays like his own, ‘Kings of the Kilburn High Road’ and Nolan’s ‘Moonshine’ and ‘Salvage Shop’ pays the bills for writers.

There’s no substitute for bums on seats!