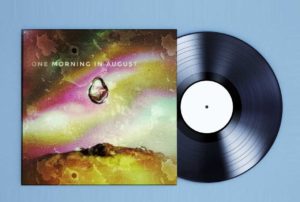 ‘ONE Morning In August’, a Waterford band has been signed by FIFA records. John Phelan, who works for WIT and has lived in Waterford for 16 years now, plays guitar and does vocals, while Stephen T Byrne plays the drums.

Since its founding in 2005, FIFA Records have continuously worked with exciting new Irish talent such as Fight Like Apes, Elastic Sleep, The Vincent(s), Hope is Noise, Dae Kim, Saint Yorda, as well as releasing material from established names on the Irish indie scene such as The Frank & Walters, Emperor of Ice Cream, August Wells, Power of Dreams Whipping Boy and The Would Be’s.

In what has been a busy year for the label which saw releases from Emperor of Ice Cream, Power of and August Wells, FIFA Records have announced ‘One Morning In August’ will now be joining the FIFA label.

“We think One Morning In August are a great fit for the label and are delighted to have them on board. We are extremely excited about working with the guys and believe the next album will be very special,” a spokesperson said.

One Morning in August are a Waterford-based indie band with a sound that channels heart felt visceral hooks with beautiful layered melodies and harmonies. Their David Ayers produced, self-released eponymous debut album received widespread critical acclaim and a massive response from both regional and national radio. They are currently in the process of recording their second album again with David Ayers at the controls which will be released on FIFA Records in 2021.