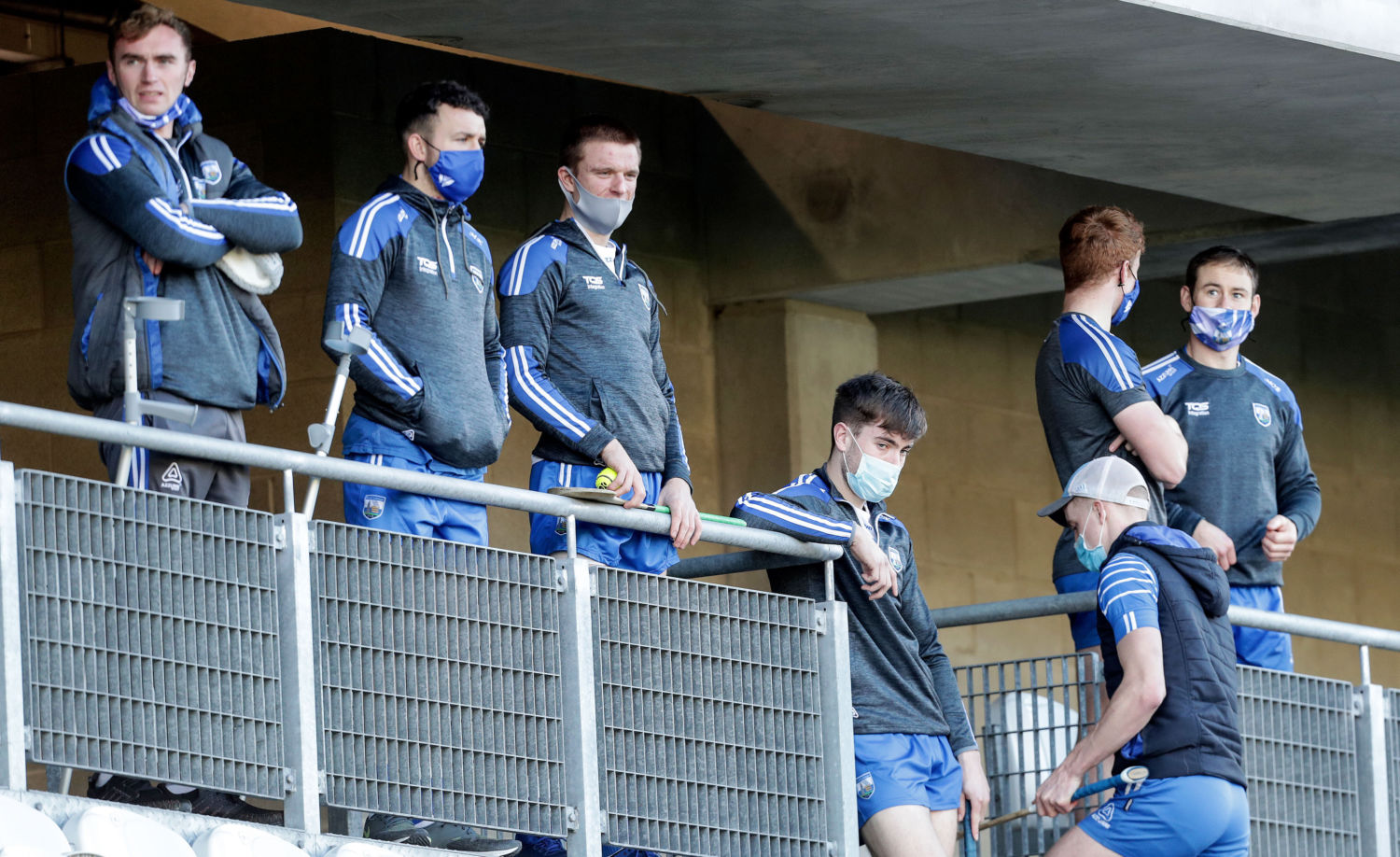 The Waterford players before the warm-up in Pairc Uí Chaoimh before the Clare game last week. Tomorrow it’s Croke Park and an All-Ireland SHC semi-final against neighbours Kilkenny. Photo: Inpho.

The Waterford manager, Liam Cahill, and his selectors have kept faith with the same 15 that started last weekend’s quarter-final win over Clare in Cork, while Brian Cody and his backroom team have made three changes to the team that started in their Leinster SHC Final win over Galway.

For the Cats, in come Paddy Deegan, Billy Ryan and Richie Hogan in place of Richie Leahy, Walter Walsh and captain Colin Fennelly.

Here are the teams……. 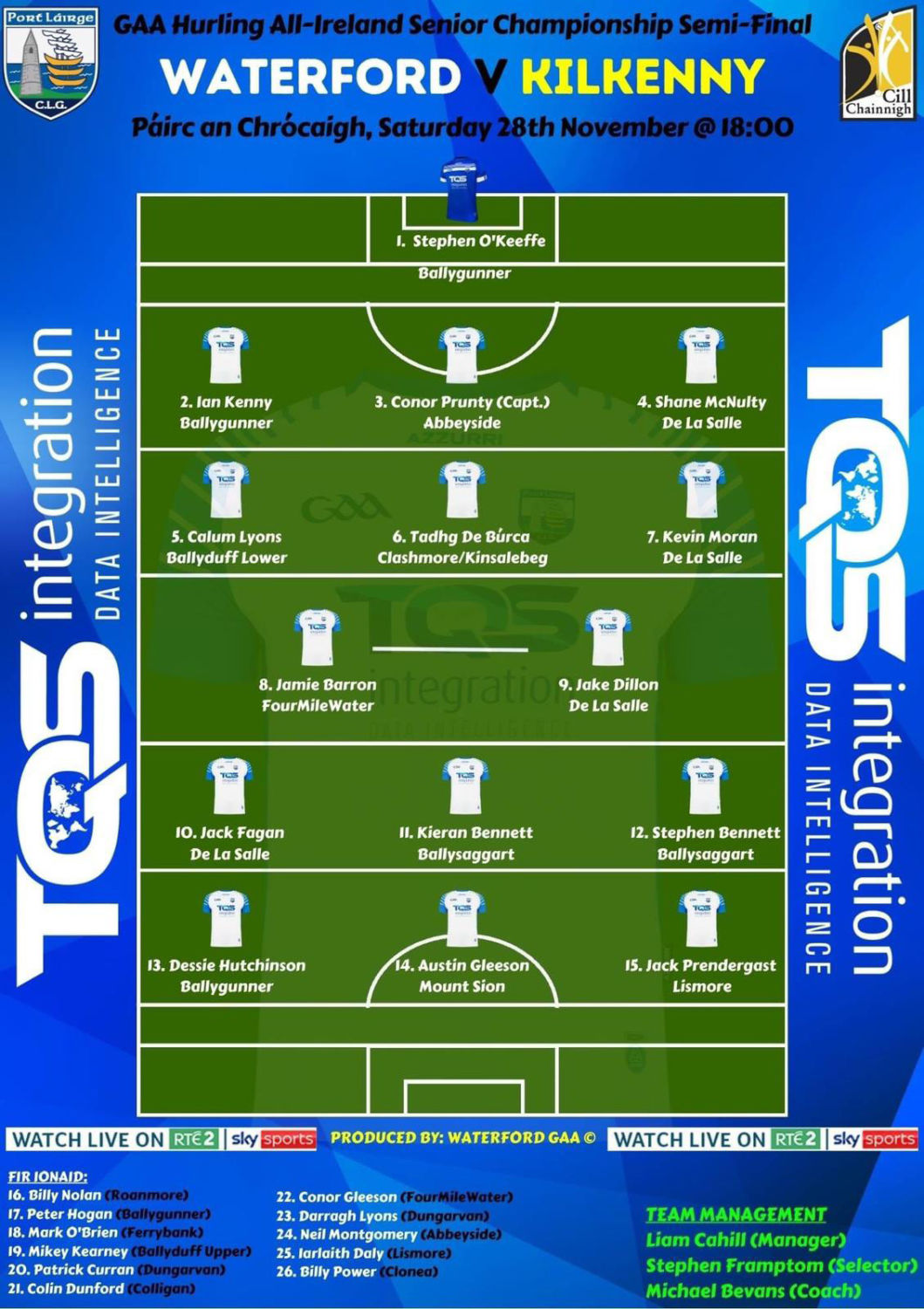 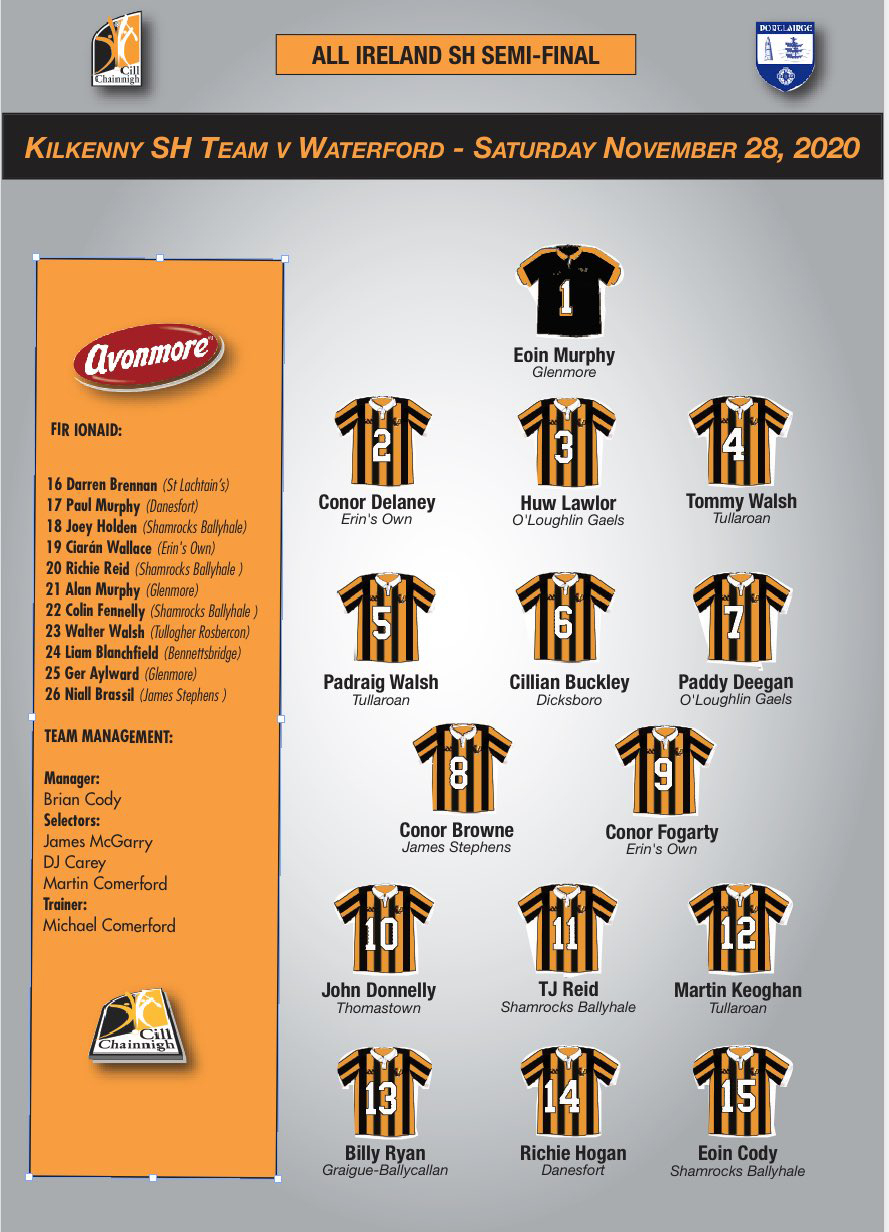 Here’s Phil Fanning’s preview of the game and of course we’ll have unrivalled coverage in next Tuesday’s Waterford News & Star…….