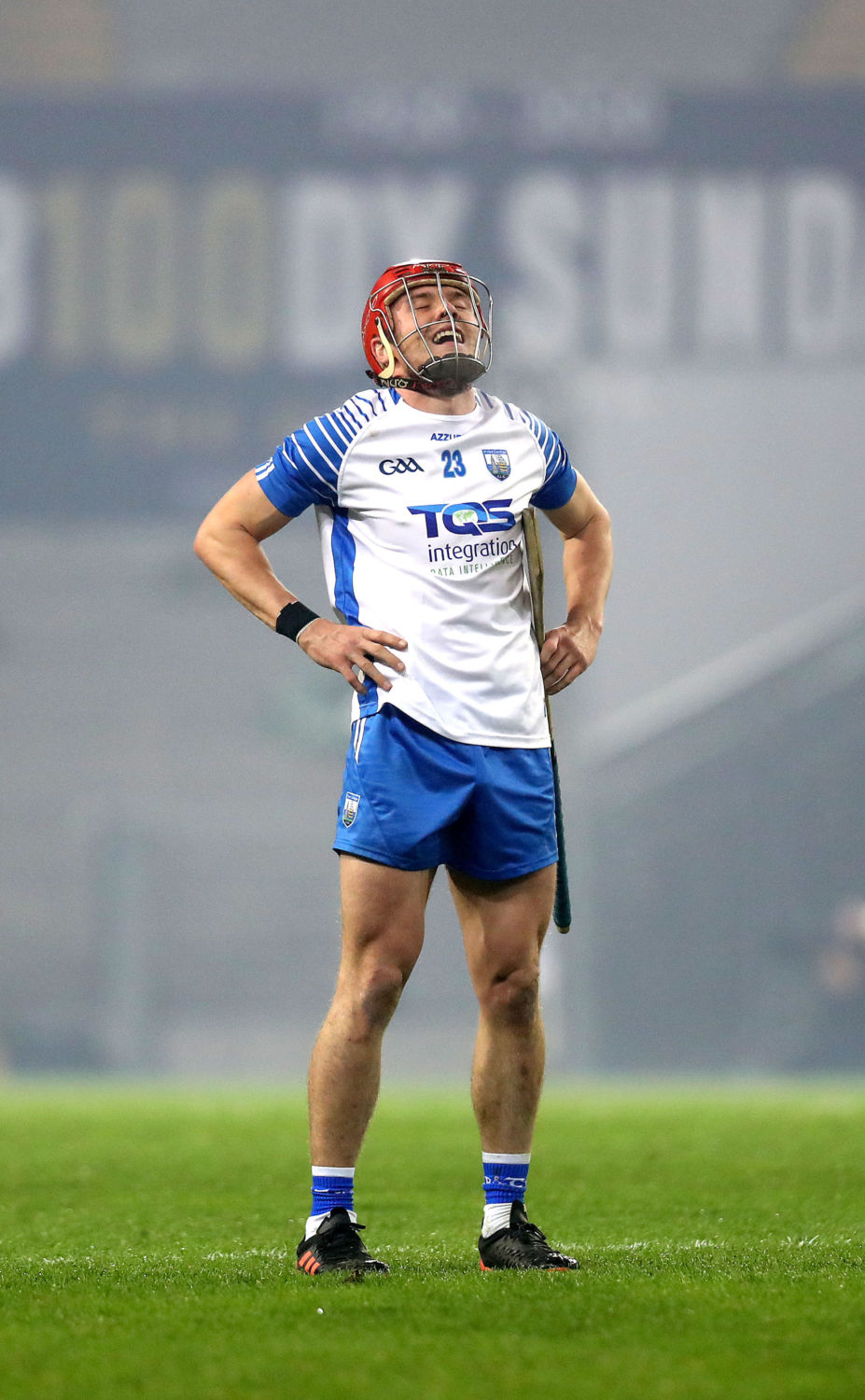 THE SHEER JOY OF IT ALL: Waterford’s Darragh Lyons celebrates after his side’s All-Ireland SHC semi-final win over Kilkenny in Croke Park tonight. Photo: INPHO/Bryan Keane.

Dr Bob Rotella, whose counsel helped steer Pádraig Harrington to the pinnacle of world golf, once wrote that it’s never easy to accomplish something truly awesome.

“People who go for greatness are going to get knocked down a lot,” he pens in ‘How Champions Think’, in a chapter titled ‘Going Through The Fire’.

“They’ll struggle with doubt and uncertainty. People around them will question the wisdom of their quest. The issue is not whether you’ll fail, because you will. It’s whether you’ll get back up and keep going. It’s whether you can sustain your self-confidence and your belief in yourself and keep bouncing back. Failure is only final when you stop striving.”

Quite what Liam Cahill relayed to his Waterford team at half-time tonight at Croke Park may only be fully revealed many years from now when either Cahill himself or one of his players commit their memories to print. Trailing by seven points at the break, his charges had been dominated by Kilkenny in a manner Limerick never came close to achieving in the Munster Final.

Inspired by TJ Reid, the Cats looked every ounce and inch the side more accustomed to success both in this Championship and at this surreally cavernous coliseum. Waterford had seen a few clearances go awry, and most of those indiscretions had been punished. In truth their 2-11 to 0-10 interval arrears could have been greater and one wondered how the White & Blue could haul themselves back into contention.

“It wasn’t down to anything dramatic (at half-time) I can assure you of that,” Cahill told the assembled media in the Hogan Stand following Waterford’s sensational 2-27 to 2-23 success at HQ.

“It was down the players, really. Just their decision-making cost us big time in the first half (and) we left quite a number of easy plays or chances behind us – Kilkenny missed quite a number as well – we just seemed to be off it a little bit but I thought it was more mentally with our mindset than our legs so we just tried to address that and see could we turn it around and look for a green flag or two. We needed that to give ourselves a chance of getting back into the game. Thankfully we got that and look sure, it’s great; we’re thrilled and delighted to be in a final.”

Remarkably, after the interval, Waterford outgunned Kilkenny by 2-17 to 0-12 in what must rank as the senior team’s greatest ever comeback at Croke Park.

In victory, Waterford also ensured back-to-back Championship wins over the Cats for the first time in their history and their maiden win over Kilkenny at this stage of proceedings, leaving themselves 70 minutes away from a first Liam MacCarthy Cup in 61 years.

Inspired by Stephen Bennett and Austin Gleeson, the latter producing his best performance in a Déise shirt since the 2017 All-Ireland Semi-Final win over Cork, Waterford dominated Kilkenny in a manner they have never come close to previously achieving at this venue.

Thanks to goals by Bennett and substitute Darragh Lyons and some fabulous supporting performances from Jamie Barron, Jack Fagan and Neil Montgomery, Cahill’s charges were imposing, dashing and entertaining. The swashbuckling mojo is well and truly flowing and they’ll fear neither Galway or Limerick come the December 13 decider.

A delighted Liam Cahill commented: “We’re three weeks on the go, which is tough going but I think these fellas will recover well now in the next week and we’ll look forward to two weeks’ time.” Won’t we all, Liam? By God, won’t we all. Déise Abú!