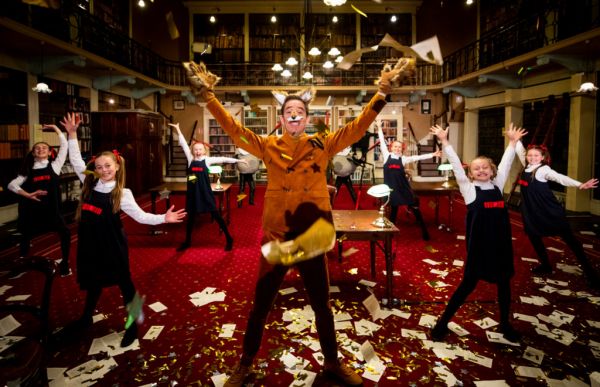 The Late Late Toy show has raised more than €6 million for charity since it aired on Friday night.

RTÉ has confirmed that €6.2 million had been raised prior to the show being repeated on Saturday.

Half of the money raised will be shared among three children’s charities – Barnardo’s, Children’s Health Foundation and Children’s Books Ireland.

The remaining 50 per cent will be distributed as grants to charities supporting children across Ireland.

In this exceptional year, we have been moved by the generosity of the children of Ireland as they have looked out for one another and those less fortunate in their communities

Host Ryan Tubridy said the appeal was launched “to spread the Toy Show magic across the year to children who need it most”.

“Every year on the Toy Show we are inspired by children across Ireland, with stories of hope, resilience and triumph over adversity.

“In this exceptional year, we have been moved by the generosity of the children of Ireland as they have looked out for one another and those less fortunate in their communities,” he told viewers.

Audiences were astounded as the figure raised skyrocketed during Friday night’s programme.

The volume of donations caused the system to crash, leading to an intervention by the Irish brothers behind the online payment platform Stripe.

During the programme, Patrick tweeted to say they had increased the capacity for RTÉ Toy Show appeal fivefold – in addition to donating €100,000 themselves.

More than a million people tuned in to see the highly-anticipated Late Late Toy Show on Friday night.

The theme of the evening was the books of Roald Dahl, with Ryan Tubridy dressing up as Fantastic Mr Fox.

And viewers were overwhelmed when they were introduced to an “inspirational little girl”, Saoirse Ruane.

She bravely opened up about having to have her leg amputated as a result of tumour last year.

It was after Saoirse’s appearance that Ryan Tubridy launched the appeal, which saw donations come flooding in.