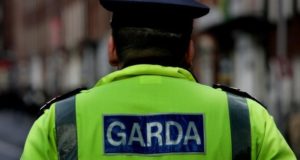 Shortly before midnight, Gardaí and Emergency Services attended at scene of a collision involving a motorcyclist in his early 20s on the R733 at Ballinteskin near New Ross.

The motorcyclist sustained serious injuries when his motorcycle left the road and struck a ditch.

He was treated at the scene by emergency services and removed by Ambulance to University Hospital Waterford (UHW) where his condition is understood to be serious.

The road is currently closed with a Garda forensic collision team set to examine the crash site later this morning. Local diversions are in place.

Anyone who may have witnessed this incident or who may have camera footage (including dash cam) is asked to contact New Ross Garda Station on (051) 426030 or the Garda Confidential Line 1800 666 111.