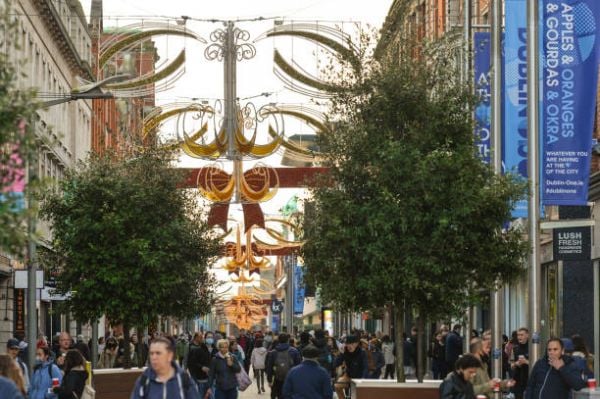 A tradition of Henry Street traders setting up their stalls a minute after midnight marking the run-up to the busy Christmas period will not go ahead for the first time ever.

Talks are still in motion between traders and Dublin City Council in a compromise deal to allow a limited number of them to work after the local authority banned them from working in a letter on November 11th due to Covid-19 concerns.

Dublin Lord Mayor Hazel Chu, the Committee for Casual Traders and the City Council officials met 11 days ago to hammer out a compromise deal.

Each of the traders received letters from the Council late last week asking them would they be willing to have some work on Moore Street, Liffey Street and Coles Lane to meet social distancing restrictions.

As a result negotiations are still ongoing with the 40 stallholders as to how many were willing to participate and how many would be on each street.

A decision is expected this week a Council official confirmed.

Independent councillor Christy Burke and long-time advocate of the traders had appealed to Archbishop Diarmuid Martin, as a Dublin man and in the spirit of Christmas to intervene in the impasse, this week which will see their “incomes decimated even further”.

At a meeting of the City Council councillors on Monday night unanimously backed the move to meet with street traders by the end of the week.

Cllr Burke said he was “disappointed” that the Archbishop would not become involved to broker an agreement when the traders embody the tradition of the festive season. The street traders feel as if they are being victimised

The fact that their annual tradition of setting up stalls in the early hours of every December 1st is not taking place this year is devastating not just for them but for everyone who works around there.

“They are the very essence  of Christmas on Henry Street. They are all willing to comply with every restriction that is asked of them. If they could even trade for two to three weeks would be a help.”

Cllr Burke along with the late Mr Gregory, a TD for Dublin North Central, were both synonymous with fighting for the rights of the Moore Street traders in the 1980s.

“The traders are an integral part of our history and culture for a very long time. They need all the help they can get from the Council due to the Covid-19 restrictions,” he added.