Christmas on the Spot: Dermot Keyes

Each December, as a special festive treat, we mix up our usual On the Spot feature by making the questions all about Christmas. Every year, we ask a member of the News & Star team to get the festive bauble rolling and Dermot is the first of four festive specials you can look forward to over the next four weeks. 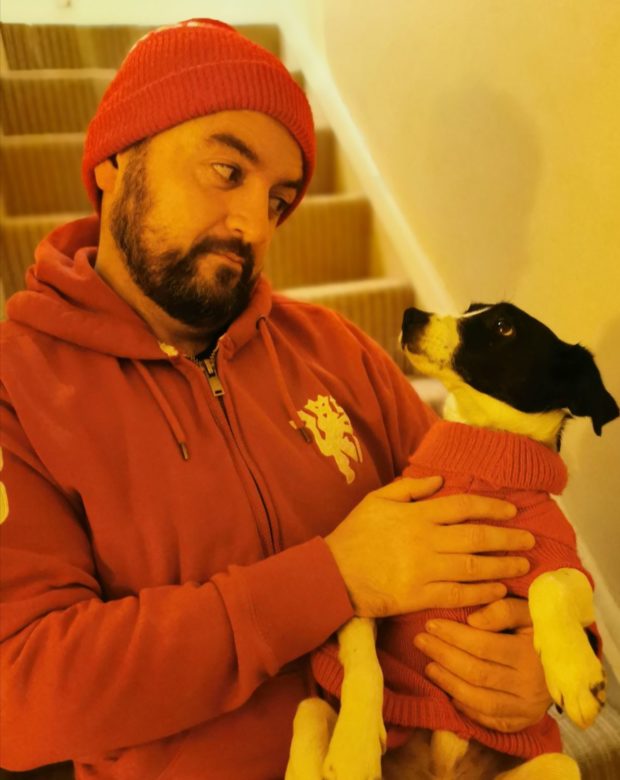 DERMOT Keyes (41) is Deputy Editor of the Waterford News & Star. A native of Portlaw, this is Dermot’s 22nd Christmas on the reporting beat, during which time he has written about the highs and lows of social, economic and sporting life in the city and county. Father of Bronwyn, son of Therese and his late father Johnny, Dermot now lives in Williamstown with his partner Avril, their dogs Zippy and Buddy and cats Bumble and Missy!

Since 2016, Christmas Day has been split between two parishes: Butlerstown (where I’ve sung in the choir in recent years while Avril commandeers the keyboard) and my home place in Sallyhene, where I’ve always spent at least some part of Christmas Day since we moved into the house Dad himself built so much of 38 years ago. I’ll get Buddy and Zippy out for a walk in Williamstown before heading to Mass at 11am and if regulations permit it, I’ll sing alongside my choirmates, whom I’ve seen precious little of since March. We’ll pop down to Avril’s parents’ house afterwards and then make for Sallyhene where I suspect there’ll be a Selection Box still waiting for me – yes, at 41! I’ll probably take Dizzy, our almost 11-year-old family labrador, out for a walk before dinner and I might well end up on turkey carving duty. That was my Dad’s job every Christmas Day. In his absence (Dad died in April 2016), I’ve been more than happy to deputise. Like most households, December 25th can be bittersweet. Being a separated parent on Christmas Day could potentially make it a problematic occasion but thankfully that’s not the case. It remains a very happy and appealing day.

What is your earliest Christmas memory?

Probably my younger brother Kevin and I getting to wander around that Aladdin’s cave that was the back section of Toymaster in town, where Boots is now. It felt like the shelves packed with Action Man, Transformers and Starcom toys were miles high. That, and a trip to Burgerland up the street (those stringy paper hats!) more than compensated from being ‘dragged’ into Shaws!

What was the best present that Santa Claus ever brought you?

A wooden desk and chair in 1988; I was nine and a half years old. I finally had my own space to do my homework and draw pictures. I even ate my dinner from the desk, out in the hall that day, with Kevin sat alongside me. The excitement of it! The desk is now in my nephew’s bedroom in Limerick: we both studied for our Leaving Cert at that desk. Talk about the circle of life.

What’s the worst Christmas present you ever received?

No contest: a Donna & Joe CD, a cover of Boney M’s ‘Hands Up’ Kevin gifted me when the six Keyes kids were still doing Kris Kindle. I threatened to bring it into Beat 102-103 and play it when I used to present the Saturday morning show, but I valued my job and thought the better of it!

On Christmas Eve, I bring wreaths to the graves of both paternal Great Grandparents, in Kilcash (where my Auntie Noreen is also buried) and Grangemockler in South Tipperary. Dad used to drive up there every Christmas to pay his respects and now I get to do it. I know he’d be happy that this still gets done. I’m very much a Déiseman but my Tipp and West Cork roots (where my Mam’s family originated from) mean a lot to me.

What will be on your plate this Christmas Day?

Turkey, ham, stuffing, roast potatoes, mashed potatoes, carrots, one sprig of broccoli (to maintain a healthy balance, you see), gravy, a spot of cranberry sauce and a less than customary amount of ketchup. There’ll be at least a second serving to be enjoyed too!

What are your favourite Christmas songs?

‘O Holy Night’ is a beautiful hymn and I’ve been fortunate enough to sing it on both Christmas Eve and Christmas Day in recent years. ‘Silent Night Christmas 1914’ is wonderful: a reminder that for all the hardships we’ve had since the financial crisis and the outbreak of the pandemic, thousands of young men are currently not being used for cannon fodder in a soaking trench in Flanders. That, and the absence of sectarian killings in Northern Ireland are things I’m grateful for in adulthood.

What are you favourite Christmas movies?

‘Scrooged’ is my top pick. I can never get enough Bill Murray. ‘Die Hard’ has never lost its appeal nor the Sean Connery/Roger Moore Bond movies in particular. I rarely get through Christmas without watching ‘The Empire Strikes Back’ either.

If you were seven again, what would you ask Santa for?

The Manchester United third kit. It was all blue with white piping at the time. A classic – with a decent Waterford vibe too!

What kind of Christmas shopper are you?

Relatively well organised! I’ve a pretty good handle on what my nearest and dearest like at this stage. Well, at 41, I’d want to, really!

Who will you be missing this Christmas?

My Dad, primarily. His not being around doesn’t get any easier, particularly at a time of year when the six of us and our respective flocks would be home over the course of Christmas Week. His Dad, my Grandad Jimmy, died on Christmas Day 1988 so for obvious reasons he’s always on my mind at this time of year. I was fortunate to be close to all of my Grandparents and lived with my Granny Keyes and my Granny and Grandad O’Hara during my teens and 20s respectively. Of course, since March I’ve seen a great deal less of my three brothers, two sisters and all their little (and not so little) ones due to Covid-19. It’s been the most unusual years any of us have put down and I can’t wait to see all of them without the word ‘regulation’ ringing like a Tannery hooter in the back of my head. I’ll also be missing Jake, our 15-year-old labrador, who died during the summer. Jake was another link to Dad who was a lifelong and devoted dog owner like his Dad before him. I’ll miss leaving him out for a ramble on Christmas Day.

Box of donations stolen from Cathedral

Hospital battling ‘against the odds’