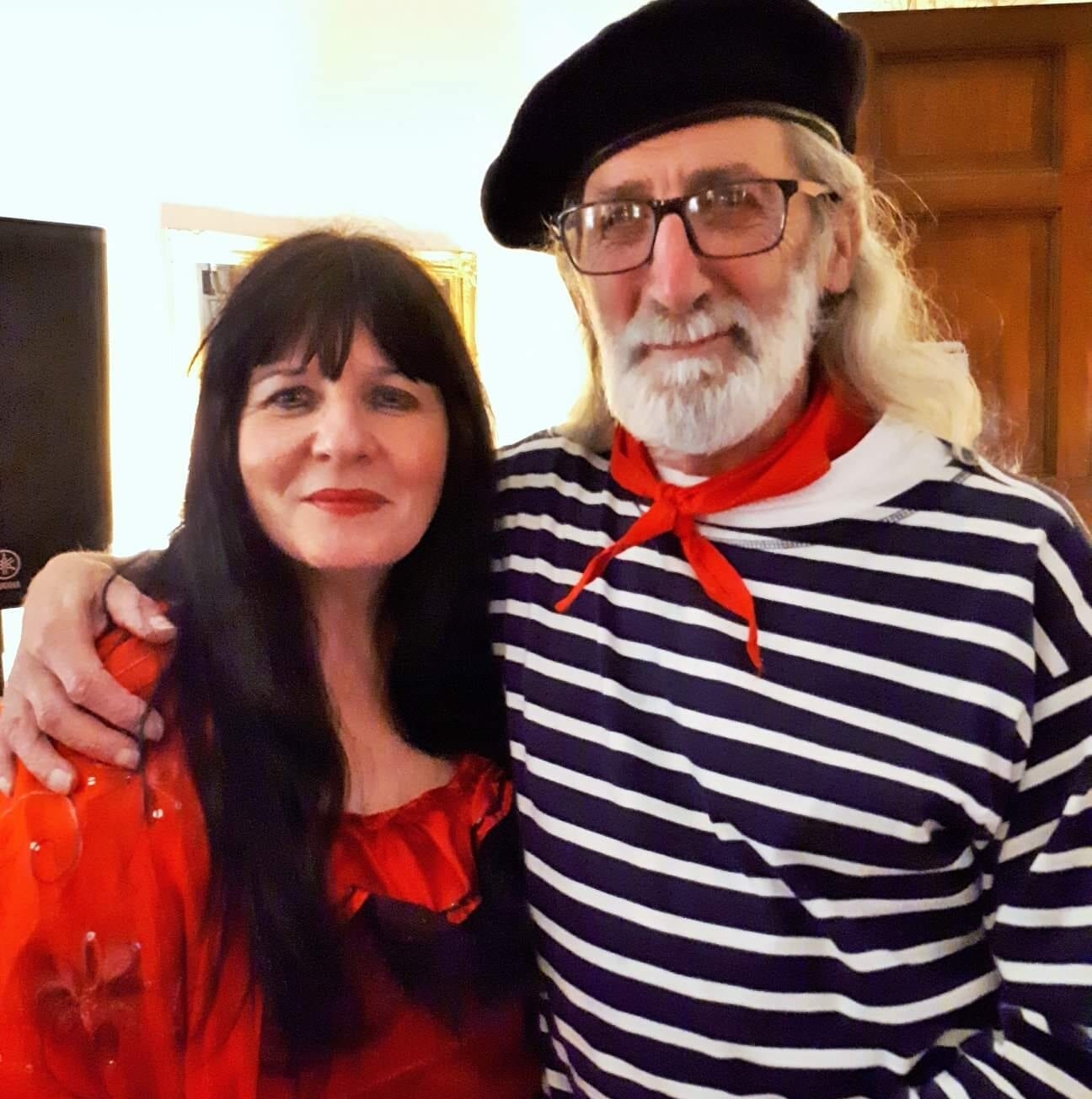 BECAUSE of the times that are in it, Modwordsfest 2020 goes online this year for its fourth festival in a row allowing Waterford writers the opportunity to showcase what they have to offer in the spoken word. Anna Jordan explains the Modwords concept: “the mind of a writer works in different ways to others” and acknowledges that “it can be a struggle sometimes”. That’s why she initiated a spoken word open mic in various venues around the city to “encourage all types of writers to stand up and be terrified but to know that their words matter”.

“All kinds of words splat about our city,” Anna says. “Modwords is a non-funded, non-profit showcase of what our city has to offer.”

Focusing mainly on words, Modwords usually happens through open mics, short plays, music, readings, “deadly music, a comedy club and a lot of whatever you’re having yourself. Last year we had two full days of performance writing in various venues around the city,” says Anna.

“We may be online this year but performance is still the heart of Modwords as it sets a quest for identity for its writers. Modwords this year gathers together a collection of writers and musicians from different eras and generations, standing on the same ground pressing our ears with their words of change and melody.”

Identity is the ultimate philosophical question. Who am I?… what am I?… am I me and who is me?… and what part of me is the real me and what part is the assumed and performed me? It’s a good choice for a theme.

Mary O’Donoghue is “a poet and I know it” that is comfortable in the skin of a poet. Mary is witty, quirky, quick and not slow to self-deprecate. I loved the architecture of Mary’s breathless writing with its endless rhymes and clever focus on rhythm that supports her search for identity as a poet who is “nothing if not self-aware”. Socially conscious Evan O’Sullivan raps and gasps against the status quo as he makes “rhymes on how times have changed”, underscored by a soundtrack and backed against a screen of falling images.

The enigmatic Sasha Terfous searches for an identity of what it is to be different in today’s world. This is a very clever exploration of the Eliza Doolittle complex of not quite fitting in – of not being “white enough for white kids and not black enough for black”. Sasha’s final summary booms across the work… “I may not know what it means to be black – but I know what it means to be me!”

Ava Luna’s work is sensual, tender and romantic and combines movement, song and visual image. Elaine Colclough’s thoughtful poem separates the real from the pretended at the point where hurt breaks through and follows up with her own song ‘For the Sun’.

Nade McDermott is fascinated by a 1990s picture of a mother and her twins. In a warm and moving ode to the mother of the picture, Nade combs the separation of identities of one healthy twin and one whose future is to be one of ill-health.

Joanne McCarthy has a cluster of five poems that are diverse and interesting. Topics range from biblical prostitution to the tropical heat of the Moocooboola in Queensland to a plaintive vigil in the Irish poem ‘Airneáin’ that explores the state of void left in those who remain after a loved one.

Mark Atkins is a superb acoustic guitarist and lyricist with a sharp eye for the lyrical beauty of the everyday landscape along the Suir in his folk-song ‘I’ll meet you by the pallins’. 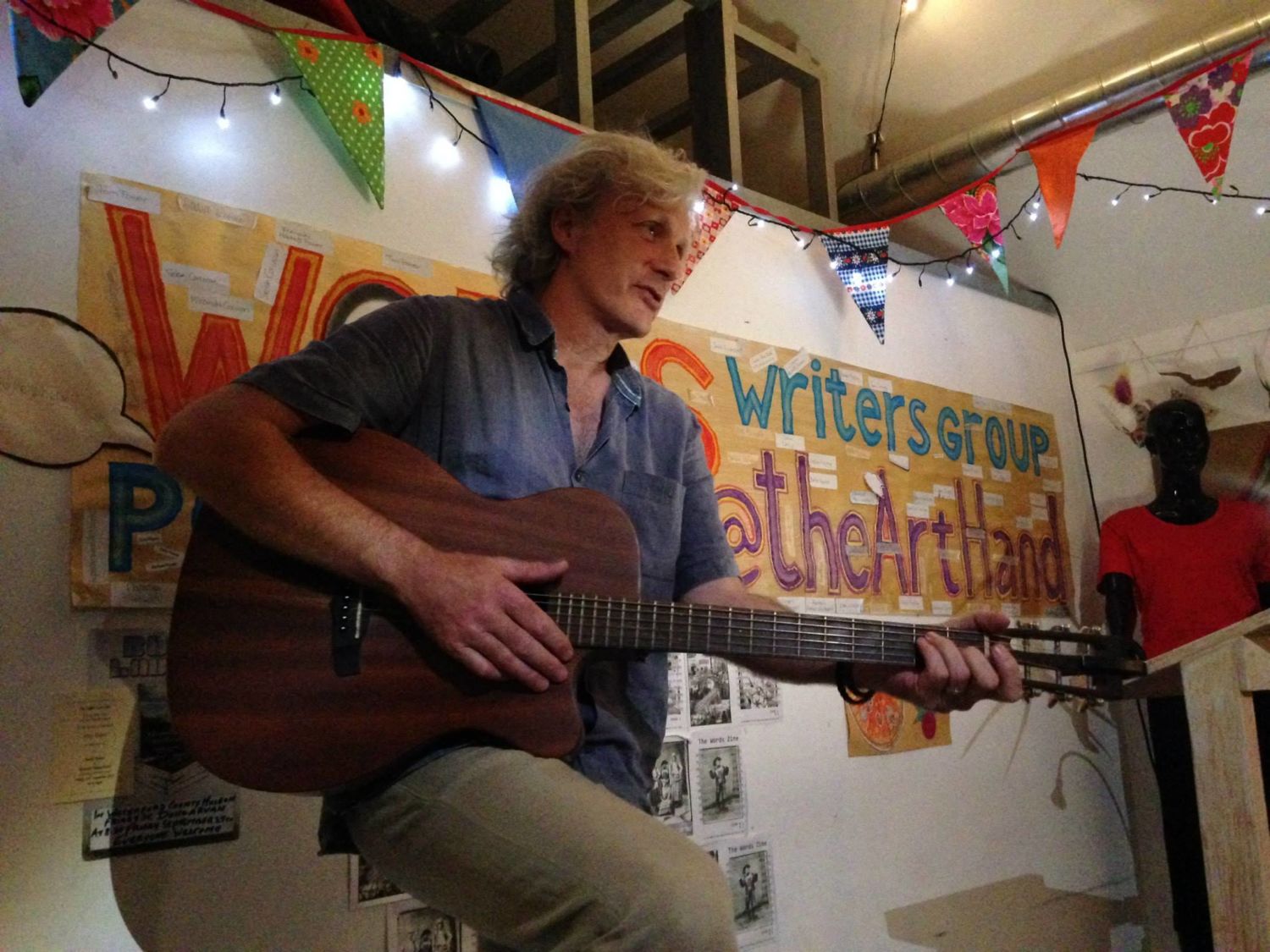 Tony Hennessy’s song ‘No.227 Early Seventies’ is a nostalgic look back on life in St. John’s Park that is well-told through children’s games. Tony’s memories of ‘kick-the-can… pretend showjumping… trollies on the hill… songs and catchphrases’ certainly strikes a chord and is a welcome mellow-warm feel-good interlude in the online programme. Baya Salmon-Hawk is no poet to contend with. Dressed as a crone with a crone’s curse, Baya delights in a gothic storm of dire forecasts and terrifying endings.

Bernadette Phillips is on a search for her own identity spread over the decades of personal and societal change where the only constant is change. Bernadette journeys through questions that, perhaps, were never quite resolved and feels that she speaks “from the margins – one of the forgotten people”.

Paul Dillon is writing and singing about the changing identity of mother and child and wonders, like the Swarbriggs of the seventies, what she would say, ‘If Ma could see me now’.

Stan Phillips is at the other end of the age spectrum and bookends this session with a sage’s understanding of a life lived to the full. A childhood in London as the bombs rained down in the Blitz, evacuation to the countryside where his silent voice struggled to be heard, an adolescent’s search for the mystery and shared experience of love in fifties and sixties Soho. Stan’s identity is Yeats’s unity of dancer and dance.

Modwords is still available online at the Imagine Festival.