Final contestant eliminated ahead of I’m A Celebrity final 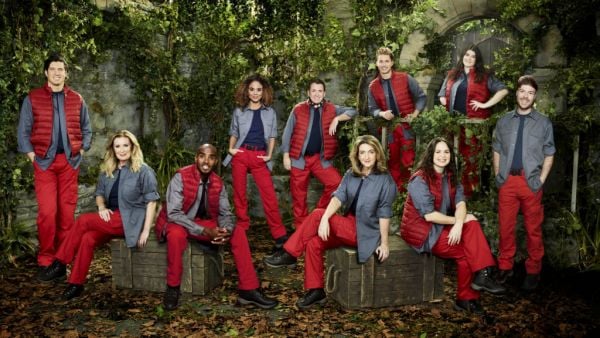 Shane Richie has become the latest contestant to be evicted from I’m A Celebrity… Get Me Out Of Here!

The actor and comedian (56) became the ninth famous face to leave the programme on Thursday evening.

Vernon Kay, Jordan North and Giovanna Fletcher will compete in Friday’s final to discover who will be named the first King or Queen of the Castle.

After it was announced that Richie was to leave the show, a shocked Kay repeatedly told him: “No way, no way.”

Richie admitted he was feeling “mixed emotions”, but that the experience had been “above and beyond” anything he had imagined.

Speaking to co-hosts Ant McPartlin and Declan Donnelly, he explained why he had worked so hard to lift his campmates’ spirits each morning.

He said: “I’m not a big fan of silence. At home we have always got the radio on, we have got music on and of course have got kids there.

“When I wake up to silence, when I saw someone out of the corner of my eye who was kind of drifting away, I would go, ‘Come on, come on. What can we do? Let’s try and have some fun’.

Look at this lovely lot! Can we keep them together forever please? 🥰 #ImACeleb pic.twitter.com/REQeQ4LDnH

“If anyone was falling into a bad mood, because misery breeds misery, it only takes one person and it can spread through the camp, so if I thought I could nip it in the bud.”

Richie said he wanted to see TV and podcast host Fletcher win because she had been “so strong all the way through”.

Thank you to every single one of you who voted for Shane in #ImACeleb – I know when he gets out and sees all of your messages of love and support, that he’ll be over the Alfie Moon. 🌝

A message on his official Twitter account made a comic reference to his character on BBC One soap EastEnders.

It said: “Thank you to every single one of you who voted for Shane in #ImACeleb – I know when he gets out and sees all of your messages of love and support, that he’ll be over the Alfie Moon.”

Earlier in the programme, the remaining four contestants faced the Celebrity Cyclone challenge, a favourite among fans of the ITV show, in which they were tasked with climbing a giant water slide.

Dressed as knights, they were pelted with rubber balls, buffeted by wind machines and hosed with jets of cold water.

McPartlin and Donnelly revealed the challenge marked the 400th trial on the ITV show.

A Celebrity Cyclone like no other! And not just because it was absolutely FREEZING 🥶 #ImACeleb pic.twitter.com/AioWFF6Wp1

All four celebrities managed to reach their markers in time and won four stars for the camp.

“It was awesome. It was absolutely brilliant, everything we expected it to be and more,” Kay said after.

Over a dinner of a partridge each, the group reminisced about their time in camp.

Kay said of his experience: “It has been a special three weeks in camp – it has. It’s a period of time I will never, ever forget. It’s as simple as that.”

I’m A Celebrity… Get Me Out Of Here! continues on Virgin Media One.