Well Said: Rob Cross on bringing Déise’s past into colour 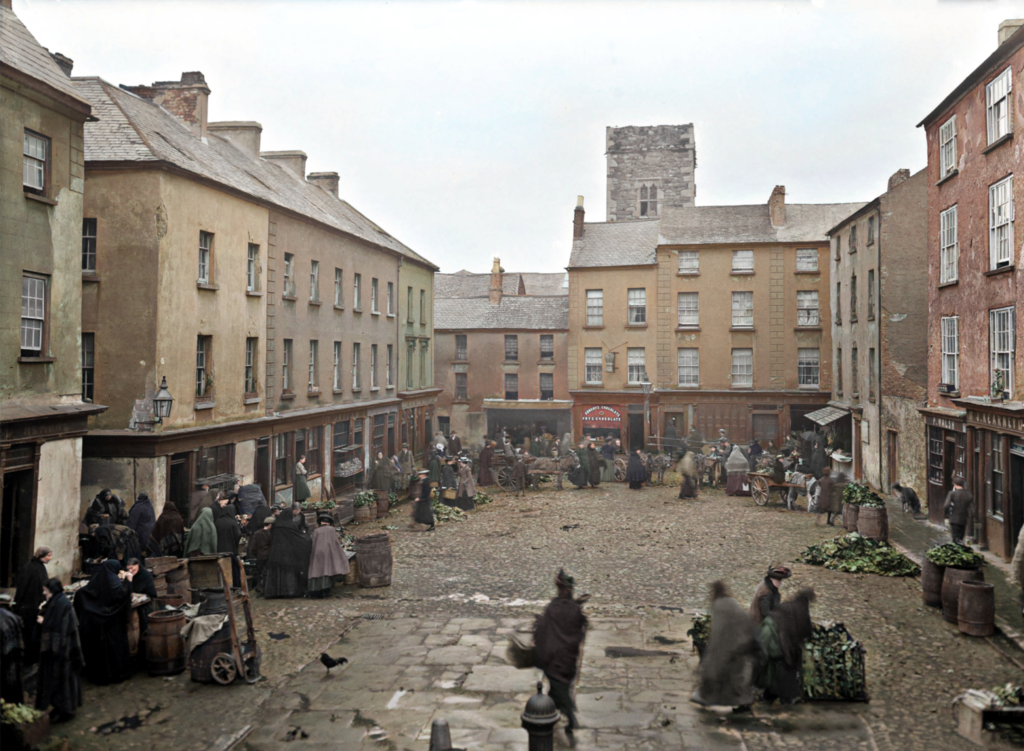 Arundel Square circa 1895 in an image meticulously colourised by architect Rob Cross.

HIS online work has caught the eye of Hollywood superstar Ryan Reynolds along with less significant lifeforms, including professors, diplomats, politicians – and regional newspaper reporters. During these regulation-heavy months, Limerick-born and Dublin-based architectural consultant Rob Cross has made many of us revel in the past – and not the immediate pre-Covid era either.

Rob’s deep colourising dive into late 19th century and early 20th century images depicting many Irish locations, including Waterford, has provided a nostalgic balm, a reminder that the past beyond our own lifetimes is only a few furlongs behind us on the track. All that’s past is most certainly not foreign.

“Growing up in Limerick and seeing the amount of buildings being demolished or the condition that Georgian buildings had been left in by absentee landlords made built heritage something I’ve always had a great interest in. And then when I moved to Dublin, there was further destruction of more Georgian architecture along with dereliction – it was like death by a thousand cuts over 20 years, in reality – I couldn’t help noticing that the fabric of a richly built environment was just being destroyed.”

Rob continued: “So I decided to come up with a way of showing people what had been there beforehand, be it in Waterford, Cork, Dublin, Limerick and so on, to appreciate our past heritage and maybe move people to do what they can to preserve the architectural heritage that’s still standing. So I’ve used my photography and digital/software skills, including a bit of AI (Artificial Intelligence) just to try and restore these old photographs, mostly resourced from the National Library of Ireland, a lot Robert French photographs. That’s involved restoring them, getting rid of tears, blemishes and scratches and then actually using AI to get, initially, a base colour and then bring it into Photoshop to add colour. And they each take a good deal of time. Getting people involved in the process through Twitter has been great; be it architects, developers, landlords, solicitors, politicians and so on. It’s become a multi-layered project, taking heritage, history and culture into account. Details can get lost in black and white photos: creating colourised versions of those images is a way of re-releasing that detail and adding depth to what was first recorded over 100/120 years ago. It’s basically adding life to the actual photograph.” 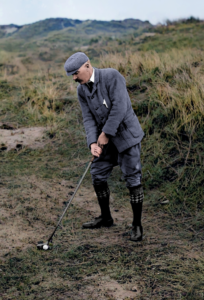 Of the 14 images Rob emailed to me last week, his colourised photo of Arundel Square, taken from the famed AH Poole Collection (a photographic firm which operated in Waterford from 1894 to 1954) is the one which really caught my eye.

With Blackfriars Tower in the background, the square is hosting an outdoor market, with a rooster on one side of the shot and a dog on the other. There’s a public tap to the front and centre of the photo in a square flanked by shops: Nolan’s Fishmongers, Flynn’s, Walsh’s and Kearney’s immediately identifiable. Directly beneath Blackfriars is a shop front featuring the Adbury’s and Fry’s Chocolate brands. The Adbury is not an error, as Rob pointed out on his Twitter feed: “In 1919, Cadbury’s bought JS Fry & Sons Limited creating a new holding company called the British Cocoa and Chocolate Company. P.S: The ‘C’ Cadbury’s must have got barred from the shop!” It’s a stunning image, one which generated 80,000 views online.

“Landscapes are much easier to do than a photo like Arundel Square which is so rich in detail given the cobbles, the people and having to take hair and clothes into account,” he said.

“And you’ve got to get it all right, by that I mean the people and the buildings – one feature can’t be colourised at the expense of the other – you’re going about it the right way. And of course, that takes time. But it’s time I’m happy to invest while making sure I’ve a life away from all of this at the same time! And once I release an image on Twitter, I then go back into that image and focus in in various aspects of it and when I do that, say I focus in on someone’s face, I then rework and enhance the image there and then, and then I’ll issue that close-up as well on that same (Twitter) thread.

“Sometimes this could happen a few months later so it’s very much an ongoing process. I’ve learned a lot about so many towns and cities including Waterford, Dungarvan, Tramore and Dunmore East in terms of how they once looked and it’s been great to share these old images online. It’s fascinating; it’s kick started a whole host of conversations about old times throughout the country and I’m so happy my work has facilitated that type of discussion.” Keep ‘em coming, Rob! 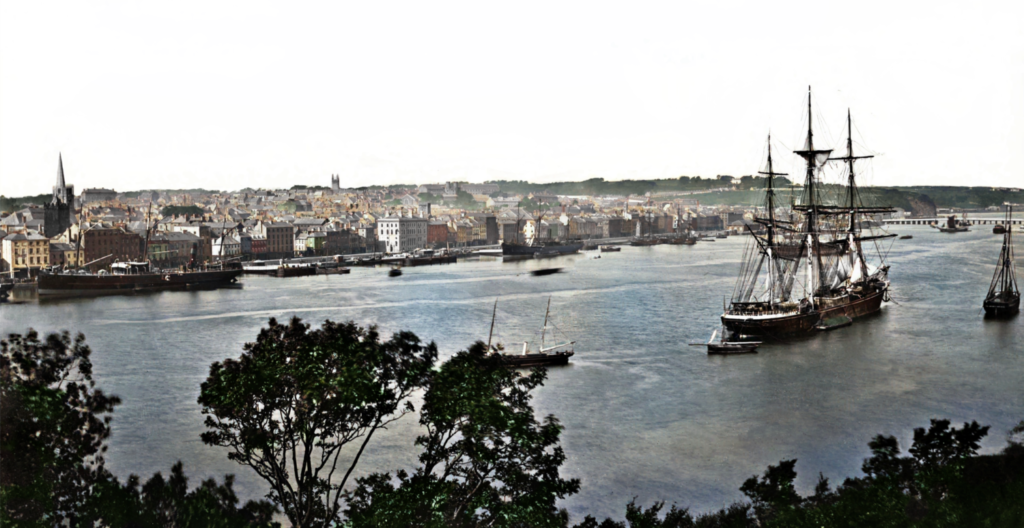 A magnificent shot of the city’s South Quays from the Suir’s North Bank circa 1900.