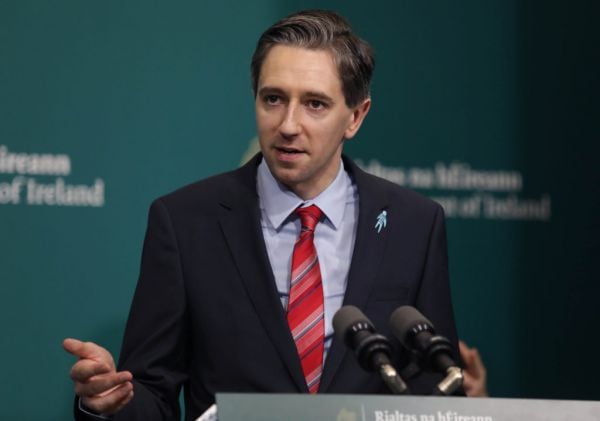 Student nurses should be paid higher allowances for working during Covid-19, the Minister for Higher and Further Education Simon Harris has said.

The former minister for health said it was “right” and “appropriate” that student nurses were paid for working during the pandemic and he would like to see “immediate action” next month following a review.

An independent review into student nurses’ allowances is due to be completed by the end of the month.

Minister for Health Stephen Donnelly told the Dáil last week that any recommended increase in allowances could be in place in January if representative organisations gave their backing.

The Government has come under sustained criticism in recent weeks for not paying some student nurses, and earlier this month it voted against a motion by the Opposition to pay them.

Student nurses and midwives are given allowances for working but only fourth-year students are paid a salary for their work.

Mr Harris said: “We now have a situation where clinical placements are back. Student nurses are back in full-time education. But there are two very important issues that still arise.

“One, how do we, as you rightly say, ensure that our nurses get fair allowances, and two, how do we ensure that if they are in clinical placements as opposed to work, that has a very clear understanding of the difference, because if somebody is rostered to work, that is work and work must pay. There’s a difference between a clinical placement and work.

“And I know the Minister for Health has said he intends to a) investigate what I just said about the difference between work and clinical placements, and b) crucially finish a review of allowances.

He said he did not want to pre-empt the outcome of the review, but he “expected immediate action”.

Mr Harris made the comments at Government Buildings in Dublin as he announced a review of the student grant scheme which awards funding to about 70,000 students each year.

He said: “It’s a system that served us reasonably well, we’re spending about 357 million euro on student supports through the Susi system, each and every year. But if I’m to be very honest I think in many ways, it now somewhat out of date.

“It’s like the system doesn’t understand how we live and how we study in Ireland any more.

“People like me are constantly telling people, you know, consider going back to college or consider doing a part-time course, but the Susi grant system isn’t open to people to study part-time. It also doesn’t seem to understand that life isn’t just about income. It’s also about outgoings.

“You could be a single mum or single dads, with a number of children and things like childcare costs, they’re very significant considerations that you need to take at the end of every weekend of every month. So I want to do a full review of the Susi grant scheme.

“I think this is a really important thing that we need to do and we need to get right.”

The grant review will include examining the value of maintenance grants and income thresholds, the availability of grants for part-time students, adjacent and non-adjacent rates, support for postgraduates and how Ireland compares against other jurisdictions.

A steering group, chaired by Mr Harris’s department, will report by next summer with the aim of introducing changes in the next Budget.

Mr Harris also announced that 70,000 students would receive an additional €250 in a top-up to their Susi student grant before Christmas.

“It is in recognition of the fact that Covid-19 has had a real impact on our students, and also on their legitimate expectations as to what college life would look like,” Mr Harris said.

“Also, many of them had to incur additional expenses, purchasing equipment for a home office so that they can actually study at home as well.”

He said the payments would go into students’ bank accounts on Friday.