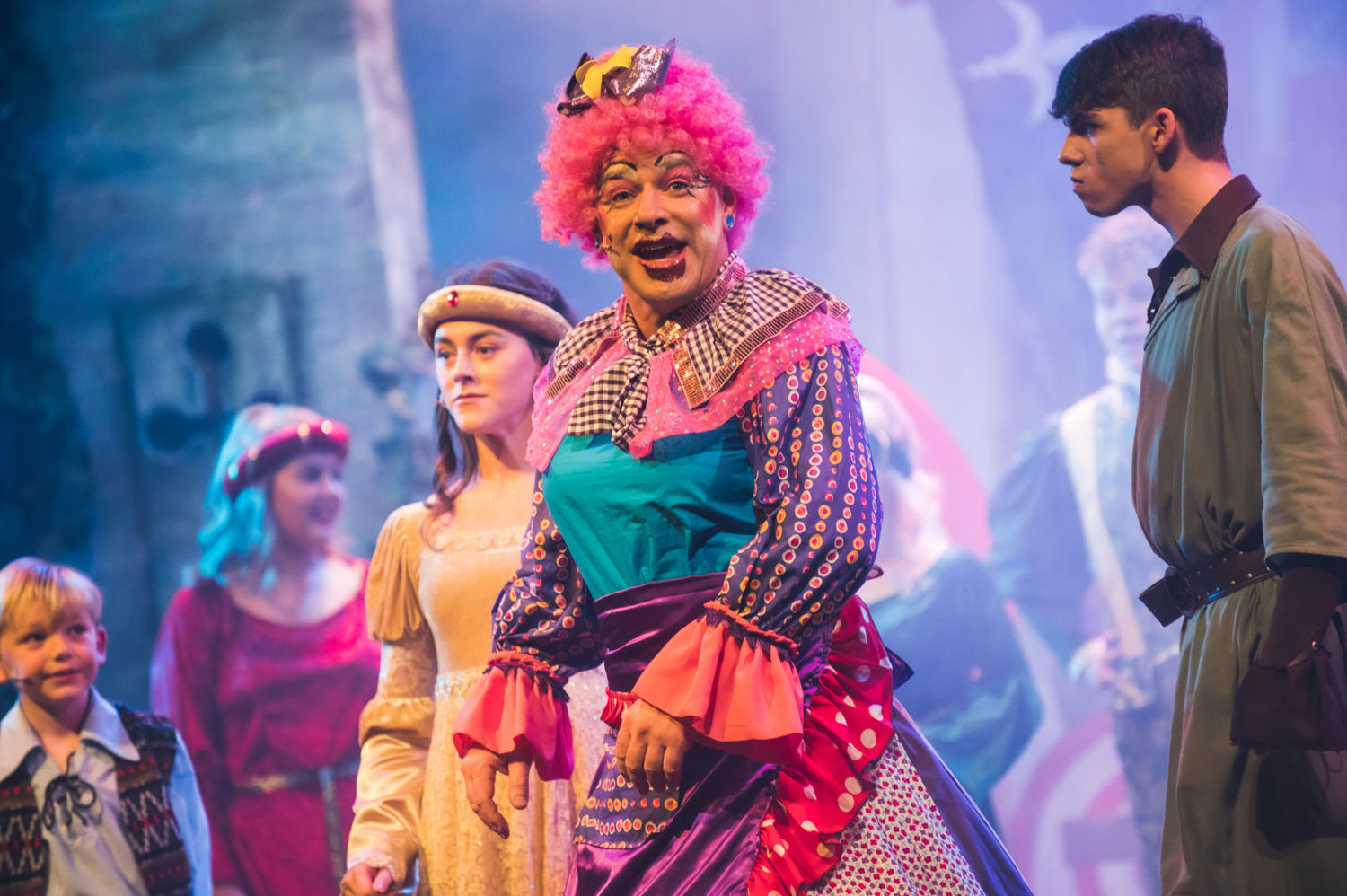 REVIEW: Theatre Royal Live Stream – Robin Hood and the Babes in the Wood

WATERFORD Panto is an institution that has served the city well for decades. And – fair play to them – they managed to keep the show on the road with their online screening of fun and mayhem from a previous panto.

Panto just loves catchphrases. And we belt them out all night. Just to keep the kids happy, you understand. Or –to be honest—the child within all of us happy. So when we hear ‘Hello, Boys and Girls’ all three floors shout back ‘Hello Robin’ or ‘Show me the money’ or ‘he’s behind you’. Or basically just scream. Anything.

When you’re carried along on a rollercoaster of laughter and excitement and a script that’s probably below the reading age of a junior Montessori class, you’ll basically do anything. Like sing. Whether you know the words or the tunes or not.

Still, most of the songs sit easily with everyone in the house and the production values are tip-top. Anyone who thinks panto is easy is codding himself. Waterford Panto is a slick, well-oiled, professional machine with a cast that’s loaded down with awards for amateur singing and acting. Virtually every lead or member of the production team has one or more Green Room Gongs and this crowd can sing, act and crack a good joke with comic timing many a professional would dream of. And they can probably dance up and down walls.

Choreographer Donna Murphy has a well-rehearsed team of dancers and mixes a junior team with them for sections of all the big numbers and they give it socks. Or tights, maybe.

Speaking of tights, we also have a team of superheroes that make up a couple of Spidermen and Captain Avengers who sort out any shenanigans from the baddies and cart them off to the clink as the credits roll.

There’s a colourful ‘Trip A Little Light Fantastic’ from Mary Poppins that lifts the opening out of the onscreen credits that sit atop the stage. There’s a fine sprinkling of songs from The Lion King that taps into the song list of the kids in the audience because that’s what kids love: the comfort of knowing. The songs, the storyline and the characters. And the comfort of knowing that everything will turn out all right and that the baddies are basically a good old sort. Well, deep down, anyway.

Baroness Badheart (Brenda Giles) is her own vulture fund and just loves turfin’ the local yokels out of their homes. And if she can get her idiot son (Fionnán ‘Fatz’ Dunphy) to murder the adorable Babes (James Lyons Power and Caoimhe Scanlon) deep in the woods of Sherwood Forest, well then, Baroness Badass hits the jackpot, becomes the legal owner of Nottingham and can evict at will. Well, of course, the baddy Baroness Badheart gets her comeuppance, Robin (Adam O’Neill) and Maid Marion (Aisling Giles) become an item, Little John (Brian Tuohy) gets to continue his madcap ways, Fairy Fauna (Susan Boyce) gets to preserve her Elysium forest while Nanny Doodah (Tony Corcoran) gets the most outlandish, garish dress that ever drew breath.

Comedy is at the core of panto. There’s a running gag about winning a tin of USA biscuits that’s hilarious, gags for kids that have all the subtlety of another Shane Ross directive and a superb if rather risqué, gag about Robin Hood’s first girlfriend who’s apparently sitting in the audience that goes down well with the Mums and Dads on opening night. She’s not the only well-known member of the audience, either. There’s a couple of old Waterford Panto hacks that comment at the drop of a feather from Robin’s famous green bycocket. And no one’s safe from Nanny Doodah’s barbs. Especially local hacks Liam Murphy from the Munster Express and moi from the N&S. Although Nanny Doodah says that no one is allowed mention Anne Hickey who was in the audience to see her husband Toby make his debut in a Waterford panto as the loveable Friar Tuck who eats and tipples his way through the night.

My first introduction to theatre in Waterford as a child was the Waterford panto and I always loved it. Half a century later, the child in me is still there.

Well done to Waterford Panto and the Theatre Royal for making entertainment in difficult times.