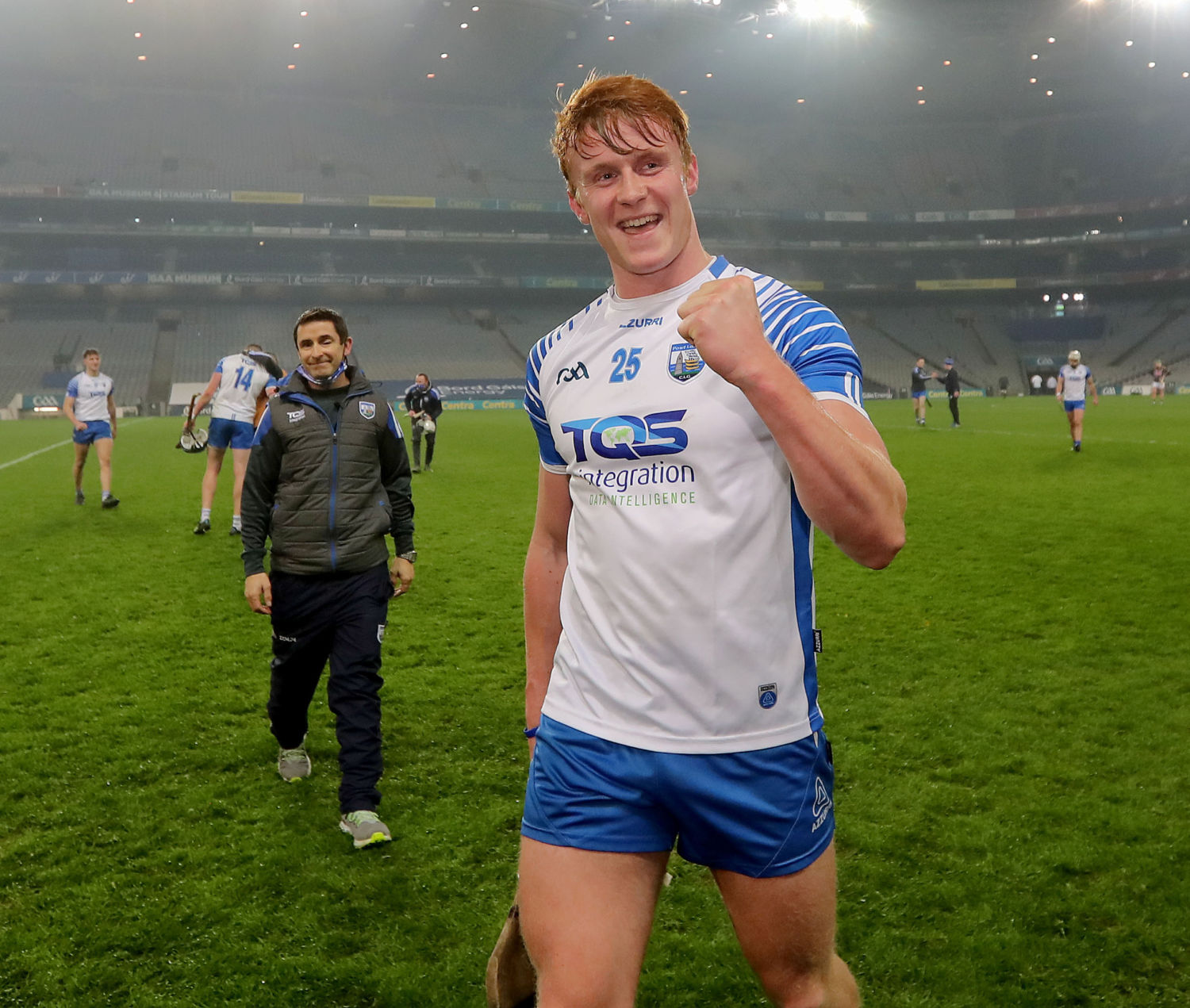 Lismore’s Iarlaith Daly celebrating for the Waterford senior team after their All-Ireland semi-final win over Kilkenny in Croke Park. He played three quarters of Sunday’s All-Ireland Final and tonight he’s back in action for the U-20s against Tipperary in Fraher Field. Photo: Inpho.

The long delayed Munster U-20 championship tie between Waterford and Tipperary will take place in Fraher Field this evening at 7 p.m. with both counties having just over a week’s notice to prepare for the fixture. Tipperary will go into this game as favourites having looked impressive in their victory over Clare in Semple Stadium at the end of October just prior to the last lockdown. That game will be expected to stand to the Premier side as they face a Waterford team that has not faced a competitive game.

Tipperary looked a very strong side in that game, scoring a 1-19 to 0-12 victory. They had very impressive forwards in Conor Bowe, Andrew Ormond and Devon Ryan and the Waterford defence is certain to be in for a testing hour.

It has been a long year for all involved in this championship and Stephen Gough and his selectors have put a lot of work into preparing for a championship that was due to start last summer. In contrast to last year there has been a full commitment from clubs to the cause and the selectors have assembled a good squad of players many of whom have figured prominently in this year’s senior championship. The only member of the county senior squad in the panel is Iarlaith Daly who will have to refocus from last Sunday’s All Ireland defeat for this game. They have had highly competitive games against Wexford and Kilkenny sides in the run up to the previously scheduled game with Tipperary and have been back in training since the re-fixture was announced last week.

The two panels are: 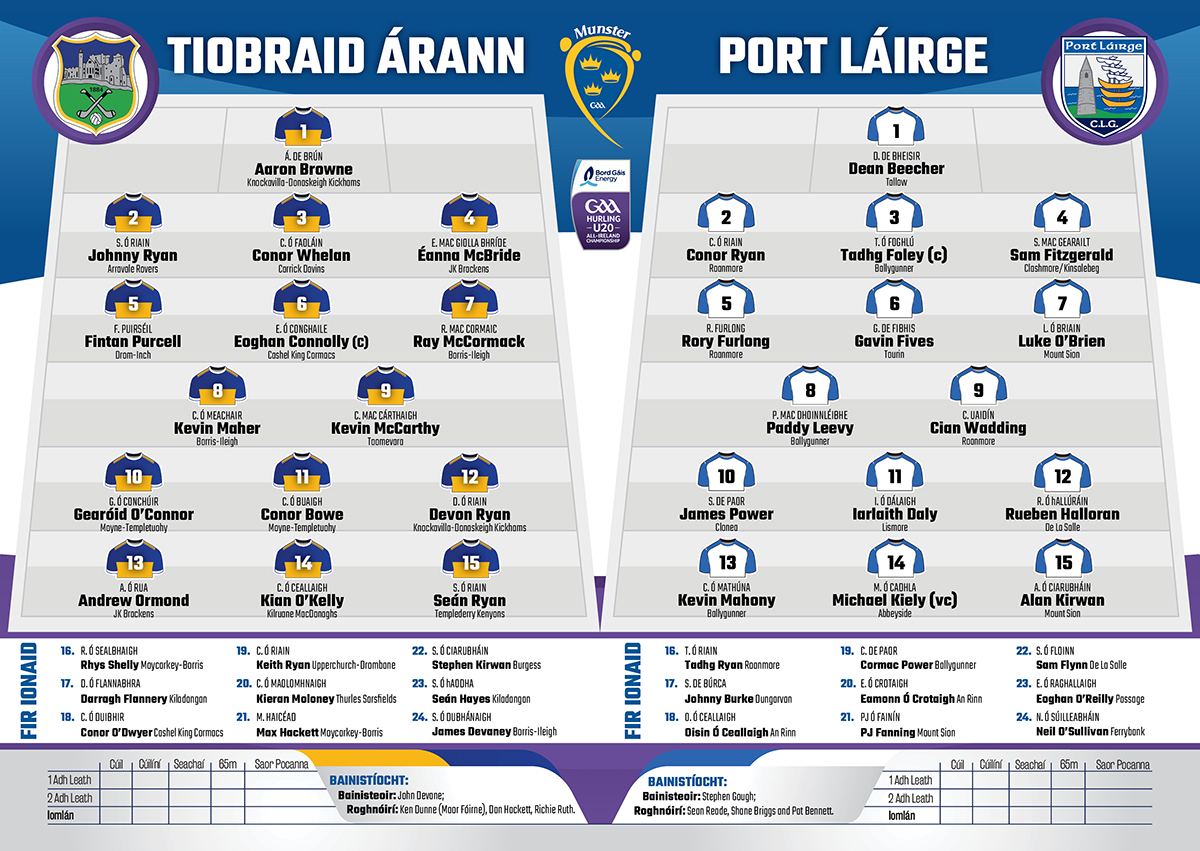 You can download the programme for tonight’s game here:

The match is live and free from 6.55pm on the TG4 YouTube page….this is the link