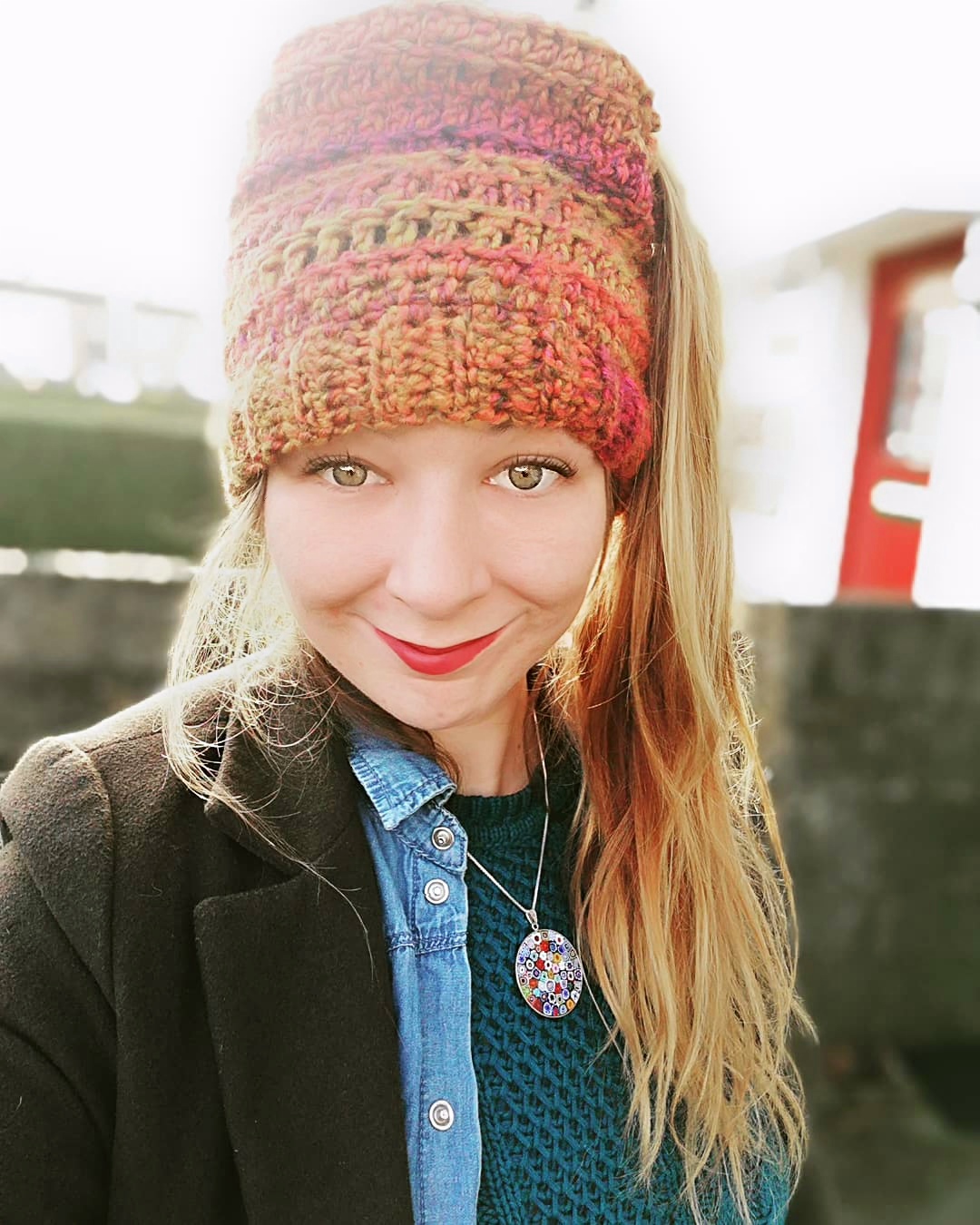 FOR Janie Kavanagh, moving from Mayo, where she had spent most of her early life, to Waterford was a move nothing short of daunting.

“We built our own home in Mayo, and everyone had a job in that home. We had garden rockery day, painting day, different days for different tasks and we all learned how to do things. That fostered the sense of that ‘go-doer’ in me,” said Janie. “Yet sadly, like many others, we lost our home in the recession and we had to begin again by moving to Waterford.”

Moving to Waterford opened up a series of opportunities for a very ambitious Janie, one of which was college. Yet in the words of her college lecturer, “Janie was that lamb that couldn’t get over the hedge to meet the others.” She returned, reinvigorated and with a desire to know where she went wrong so that she could learn from it and put it right.

“I live by three mottos,” she told me. “Go big or go home. What goes around comes around. Just go with the flow.” To that end, Janie certainly embraced ‘Go big or go home,” because she walked away having earned degrees in Lithoprinting and Photography, while still firmly classing herself as a mixed artist, setting herself new challenges all the time. Her determination to compete with herself opened up a new world.

Feeling a little rudderless, without any clear artist specific local direction, Janie began volunteering with the Hive, which was formerly on Michael Street, under the direction of Brian O’Sullivan.

“When Brian left, we became a collection of emerging artists who took over the building and we had a vision to turn it into an emerging art space for those, like ourselves, who had finished college with the question, ‘What next?’ We wanted to help people to move on and push on with their careers, and in many cases to fine tune the skills they already had. That’s how the Rogue Gallery began, how it was born.”

At this time, names like Modwords and GOMA were also beginning to rise, meaning the art scene in Waterford was leaning more toward the emerging artist and the supportive network. 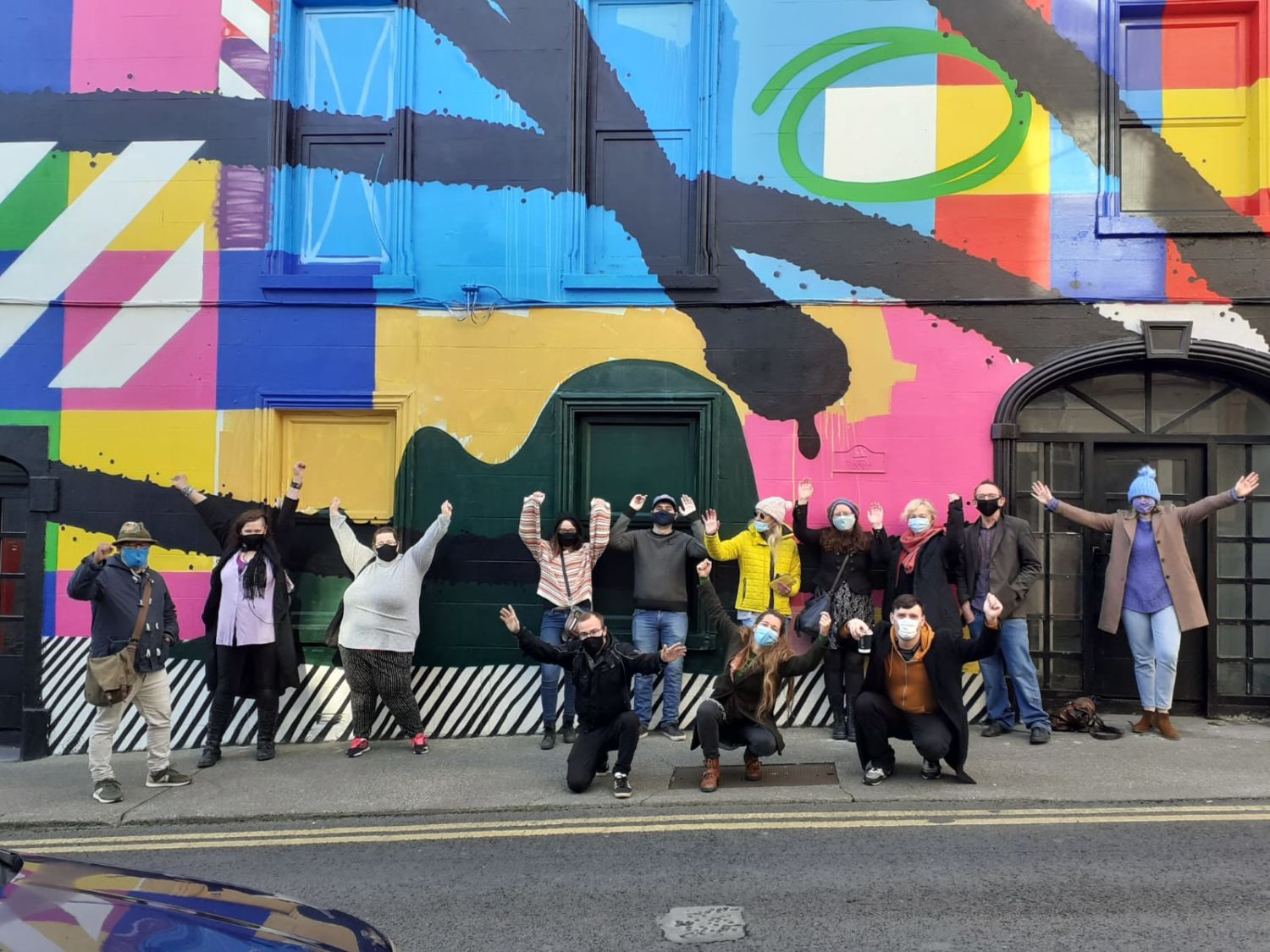 “The first few years of the gallery was spent exploring what we wanted to do with it, and how we wanted to do it. I became the last one standing and then suddenly people started coming in. I took on Stephanie Louise Furlong and Cian Dalton, and they were the first groupset of people that came through the doors of the Rogue on Michael Street. It became very clear very quickly that this wouldn’t just be about visual artists, it became a space for gigs, workshops. In 2016, we realised that our time was limited in this building and we knew we had to fight for a home for the Rogue.”

The search for a permanent building began, and Janie spent days and nights researching each and every suitable building in the city centre. However, in the interim, lots of work needed to be done on the Michael Street property as it was in a dilapidated state. Janie, together with a Tús scheme worker called Mario, nicknamed ‘Super Mario’, rewired electrics, attacked the damp on the walls and resurfaced much of the interior. These skills were a welcome echo back to her days in Mayo, working on a labour of love both then and now.

“There was no rush so I steadily did alot of the grunt work. I’ve been in nearly every possible building in the city, and I had done a whole plan of John Roberts Square at the end of last year to present to Council, but we were at our wits end at this stage. We were almost somewhere with the ETB but when it came to it, the cost was just too high for the building and it wasn’t possible for us.”

A cohesive effort from local councillors gave some much needed momentum to Rogue’s search for a permanent home.

“Eamon Quinlan came in to us, our cause had been represented many times by Jim Griffin, Breda Brennan, Eddie Mulligan in Council meetings, so I think all of the voices helped to push us over the last hurdle. Eamon really saw what we were trying to do, and he got the idea of the community we were building upon and he got behind us. It was a big team effort behind the scenes from all councillors.”

A permanent home was found for the Rogue gallery on Thomas Street, and although things have been delayed by Covid, it is hoped that early next year will see the Rogue family move in.

Although the period of lockdown was hard for me, it is undeniable that artists were one of the hardest industries hit. There were no wages, no work, and morale was at an all-time low in many areas.

“I created a Whatsapp group for my own family,” said Janie, “and one for the Rogue family. I checked in with each of them every day to see how they were, whether they were ok and to keep their hopes and spirits high.”

Janie also taught her Granny in Mayo how to use Whatsapp, as she is isolating with Janie’s grandad who is 86. Her granny now videocalls Janie’s mum in Dunmore East and that sense of family connectivity is stronger than ever thanks to the transformative power of tech.

I asked Janie two things: who took care of her during lockdown while she looked out for so many others, and what she values above all.

“I had to make sure everyone else was ok, once I knew that, then somehow I was ok. I’ve always been that way. I value family more than anything – those connections are so important and because I am always working, family remains something that motivates me and defines me.”

It is clear to see why Janie lives by those three mottos, she embodies every single one.

Waterford woman Jeni Pim says “It has killed my soulmate.”