Daryl Murphy back in Blue for 2021 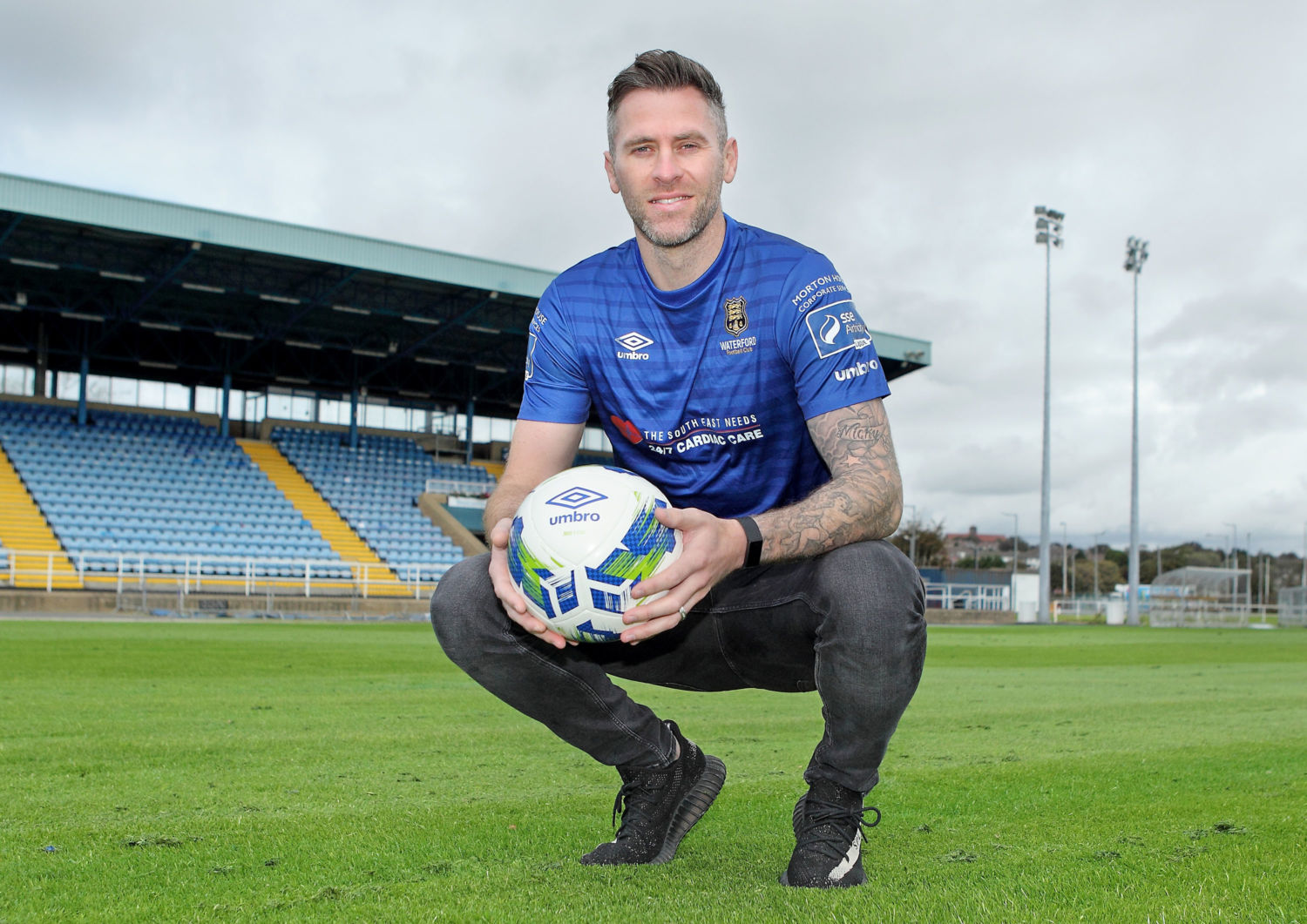 Daryl Murphy has today committed to remain at Waterford FC for the 2021 season. Photo: Noel Browne.

There was more good news for Blues fans today with the news that former Irish international, Daryl Murphy has committed to his hometown club once again for the 2021 season.

Daryl joined the Blues for a second spell until the end of the season back in August having previously played for the club from 2002 to 2005. Having left the Blues to join Sunderland FC in ‘05, Daryl went on to make 110 appearances for the Black Cats.

Moving on to play for such clubs as Ipswich Town, Celtic, Newcastle United and Bolton Wanderers, including winning 32 senior caps for the Republic of Ireland.

He was badly hampered by injury on his return to the club in 2020, making just four appearances against Shelboure, Cork City, Dundalk and Finn Harps.

Speaking to Waterford FC, Daryl said, “I’m delighted to be back for 2021. Hugely exciting times for the club, with the appointments of Kevin Sheedy and Mike Newell, the club is making major strides forward this year. We went so close last year and it’s easy to be deflated but the way the club is working now this off-season is impressive”.

“The new manager and his assistant are already looking at players both here in Ireland and across the water. I think the fans will really get behind us when they see how prepared we are for February”

It followed on from the news that Brian Murphy has also signed up to remain at the club for 2021. The early addition of these two most experienced members of the 2020 squad is a great start for the new management team of Sheedy and Newell.