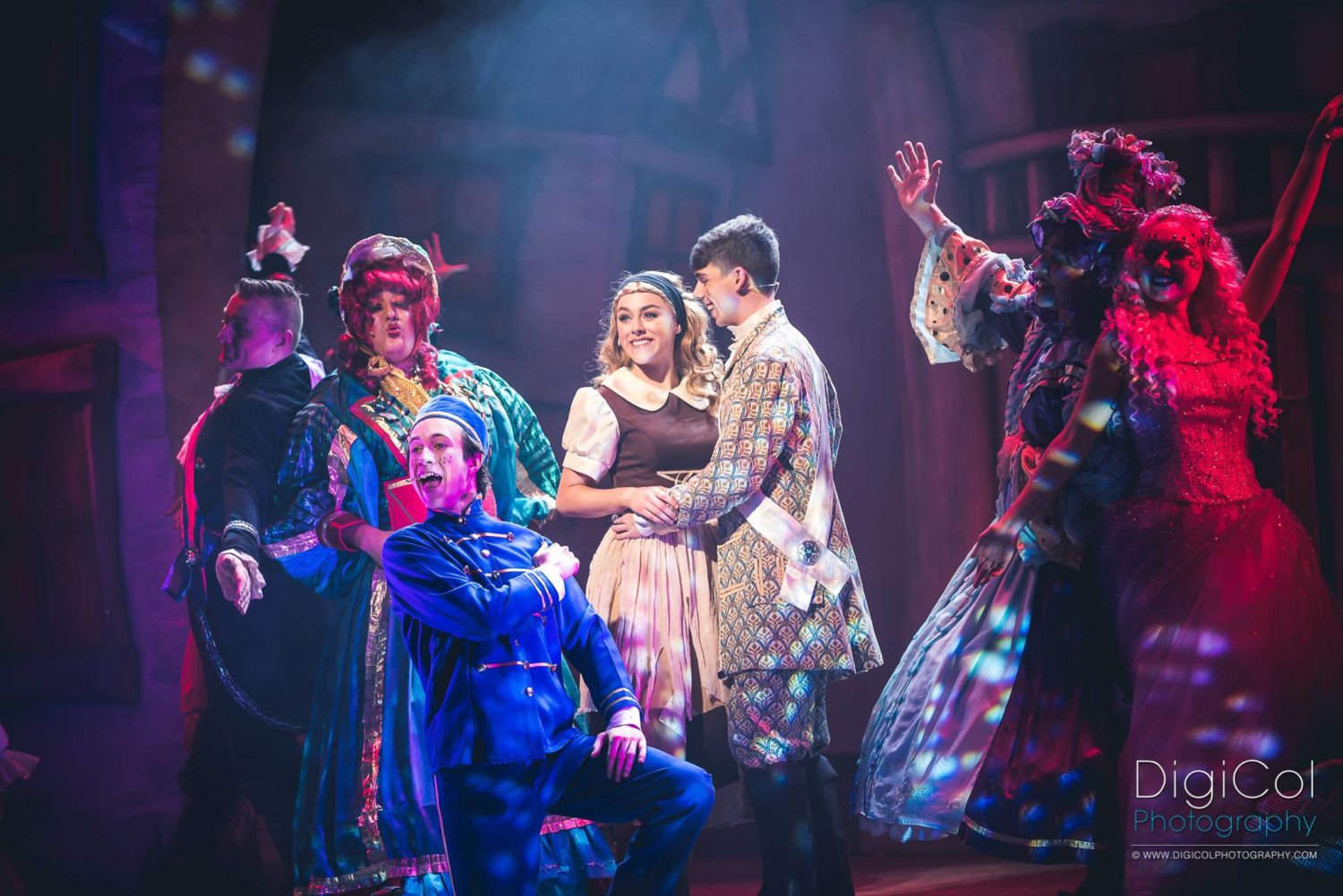 THEATRES may be dark but Waterford Panto and the Theatre Royal continue to keep the show on the road with live-screening of the 2018 and 2019 pantos every weekend.

And Waterford audiences just love their panto. It’s booked solid every year and there’s a waiting list for tickets for those who don’t book early. It’s easy to see why Waterford Pantomime Society is a must-see for anyone with kids because the show is aimed squarely at the under 10s. And they get to participate in the show with name-calling, shouts of “he’s behind you” and all the “oh no you won’ts”. But there’s plenty to add to the list like, “I loves me county, boi… say it don’t spray it… shut the front door.” The insults come in fairly blunt terms… you snotbags… evil creatures… and nothing is sacred. While belches, farts, grunts, snores et al cuts through the clever dialogue, the targets of all insults are always the warmest of baddies: ugly sisters who eat their way through their scripts with snack boxes, sandwiches, sweets and are about as consistent as characters as a gaggle of Brexiteers.

‘Well, of course she gets her comeuppance but not before a flicker-screen chase for the glass slipper has hurtled along for some five minutes or more. Everyone’s in this chase – including President Higgins, Pope Francis and a host of celebrities’

No politics here, though, although some more subtle gags for the mums and dads do get through. On the whole, while the gags are as subtle as bricks falling off the Theatre Royal chandelier and are straight out of Christmas crackers, they’re delivered with punch and style and a massive understanding of the panto audience.

Never underestimate Waterford Pantomime Society. This is a slick and well-oiled operation. In better times, Ruth Corcoran’s FOH Elves would have a massive meet-and-greet going down in the Foyer with Disney characters handing out sweets and lollipops and getting pics taken with the kids.

On-screen graphics anchor the storyline and introduce the characters and there’s plenty of frighteningly-talented younger folk hammering out routines, belting out numbers and carrying along the plotline. I’m guessing these kids could dance up-and-down walls and are as professional as performers come. Joe Shanahan and Oisin Cooke alternate with Luke Brown and Ryan Foley as uber-cool Blues Boys in shades and black suits in providing security for the Prince.

The Cinderella cast come with cartloads of experience and a shed-full of Green Room Awards. Aisling Giles is a delightful Cinders and everyone falls in love with her while her Prince-in-shining-Armani Adam O’Neill continues to enhance his reputation as a fine actor and singer. Brian Tuohy is a bouncy-castle of fun as the all-singing, all-dancing Buttons and Leon Sheehan is a power-plant of enthusiasm as Prince Harry’s knowing sidekick Dandini.

Brenda Giles really delights in the role of panto villain. Dressed in Dickensian-black with more than a hint of child-catcher in her, Brenda prowls the stage and the audience as the dreaded Stepmother who spends her time plotting, scheming, browbeating and insulting her young audience of snotbags. Well, of course, she gets her comeuppance but not before a flicker-screen chase for the glass slipper has hurtled along for some five minutes or more. Everyone’s in this chase – including President Higgins, Pope Francis and a host of celebrities.

Lauren Cardiff is superb as the Fairy Godmother in blue glitter who just bursts with energy and colour across the stage whenever Cinders needs her in a performance that would warm the toes of an Eskimo that has run out of home-heating oil.

Tony Corcoran and Fatz Dunphy give it socks as the post-rock glitzy-glam Ugly Sisters who just delight the young audience with a series of gags, asides and comments that has the kids on edge waiting for their every appearance.

Tony Corcoran also takes up the role of producer and, along with Choreographer Donna Murphy and Musical Director Wayne Brown, keeps their show moving along at a cracking pace. Ann Corcoran-Brown and Patrice Power head up elaborate and colourful-quirky hairs and make-up and, along with Jackie and Niamh Finn, dress the cast with a colourful and clever costume-plot.

The Spraoi set and Eoin Sheridan’s lighting is a bit too dark and Gothic for my liking although Cinderella’s coach and horses is a joy as the curtain falls on Cinder’s Tinder-date with destiny.