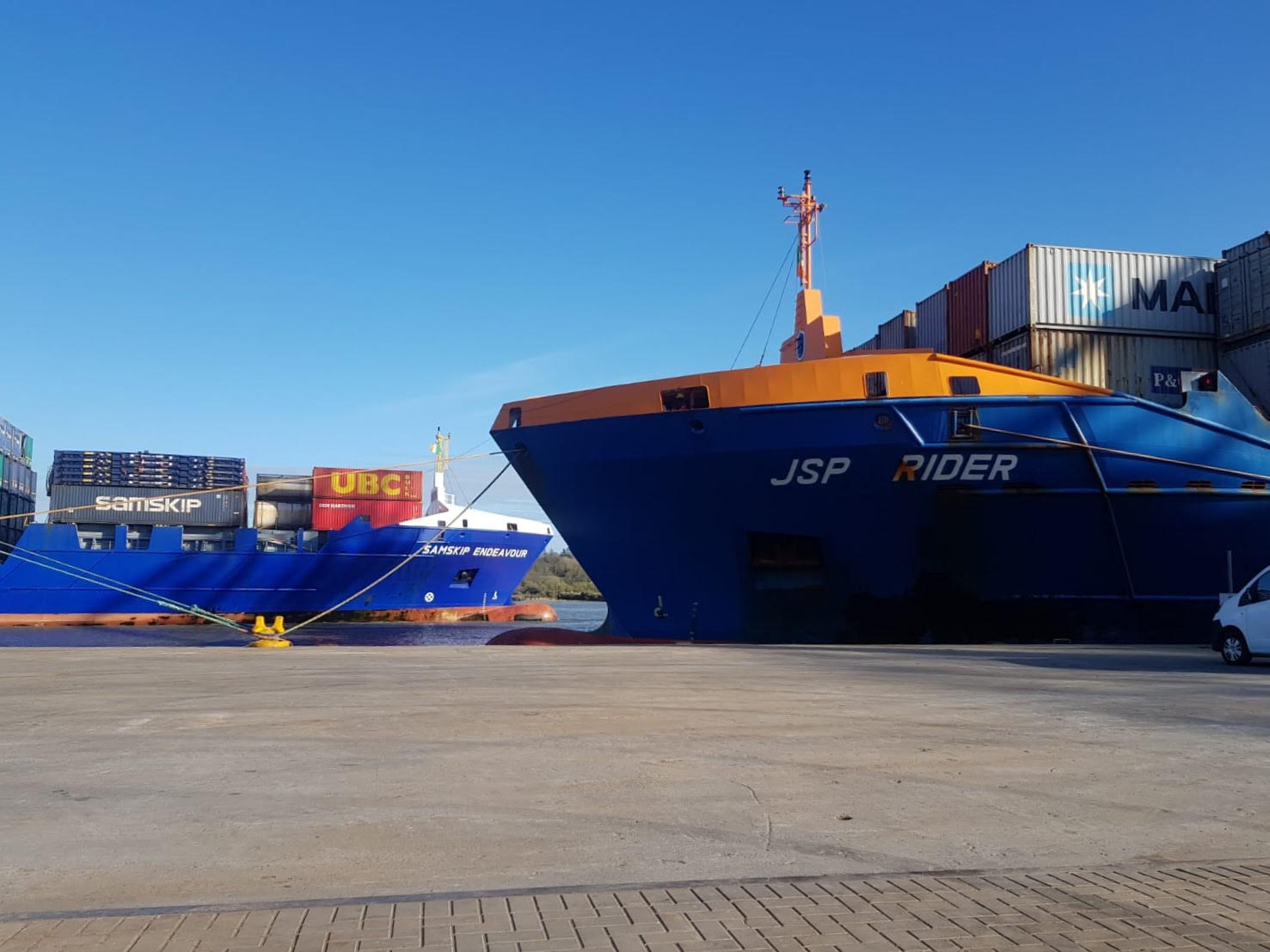 It is a little bit upsetting for anyone with an interest in the Port of Waterford to note that it still has no ferry or roll on/ roll off services.

AS I sit here in the last days before Christmas day, the news from all sides is enough to make anyone reach for a glass of wine. The outbreak of a mutated Covid in the UK which their health minister Mr Hancock described as “out of control” put the frighteners on us all. Mr Hancock and the rest of that appalling Tory cabinet have done their state a terrible disservice in the name of jingoistic and bellicose nationalism. The take away from last Sunday’s papers was that fishing, apparently the big blockage in UK/EU talks is worth about £430m to the UK economy or roughly the turnover of Harrod’s department store. It’s cracked, but the Cummings diktat stressed loyalty to Boris Johnson above everything else, as the prime criterion for membership of the current cabinet with the result that the current diehard “taking back control” group are very much a second string. It’s almost comical and at the same time distressing, to watch a well-developed first world country do all the wrong things, at the wrong time. But that’s the way the situation has evolved as political survival for Mr Johnson and his abject Tory government takes first place in all calculations.

I have spent the past week reading the works of the late John Le Carré (David John Moore Cornwell) and a comment of his in one of the weekend papers summed it up for me. He described Brexit as “without doubt, the greatest catastrophe and the greatest idiocy that Britain has perpetuated since the invasion of Suez in October 1956”. Amen to that.

However, Ireland is an island off, an island, off the west coast of Europe. Where do we stand post Brexit and with Covid restrictions on travel to the UK in place? Many of us have smiled from time to time as the inhabitants of the UK describe their small country as the “mainland”. It takes a particular blindness to swallow that, but it readily rhymes with the old BBC catch phrase at weather forecast time with “Fog in the Channel, continent cut off”! The current difficulties, with hundreds of Irish registered trucks trapped in Dover and the French ports, being unable to travel because of the closing of borders due to the new Covid type, have exposed Ireland brutally to the downsides of British exceptionalism. Everything was to be “a stroll in the park, the easiest trade deal ever done, here will be no change at all” in a seamless transition to the sunny uplands as the UK stride across global trade like the colossus the British Empire once was. Just like Gloria Swanson coming down the stairs in the Hollywood film noir “Sunset Boulevard” and being told “you used to be big” (as a film star), we are all left with the impression that Britain used to be big. Alas, for our nearest neighbour, no more.

Irish trucks using the “central corridor” from Holyhead to Dublin must use the UK as a landbridge to get to Dover and hence to continental Europe. We have watched the growth of Dublin Port to a massive monopoly handling nearly two thirds of all the portal traffic in Ireland with nearly 2 million passengers and 33 million tons of cargo per annum. It has been almost impossible to break the grip of Dublin on Irish shipping as the Port Company has such financial and other resources. Traffic can literally be bought from under the competition by cut throat handling rates, and no real national port policy exists. This was obvious last year when one shipping company cancelled ferry sailings from Rosslare to Europe and put its new ship on the Dublin/Cherbourg route instead, as if the Dublin population on deciding to holiday in France could not even drive to Rosslare. The grip of the Dublin Pale mentality was strengthening all the time. However, as the reality of the difficulties and delays with the UK landbridge became apparent in the last months of 2020, shipping companies have begun to rise to the challenge with new direct ferry sailings from Rosslare to Dunkirk and new container services from Waterford to Rotterdam. All of these must make the journey around Land’s End and up the English Channel to appropriate mainland European ports and it will be very interesting to see how the ferry services work out in what will be difficult (24 hour) winter sea journeys. It goes without saying that all our supply chain operations in and out of Ireland will be revised.

It is a little bit upsetting for anyone with an interest in the Port of Waterford to note that it still has no ferry or roll on/ roll off services. Waterford is strategically located and better placed geographically than any other port in the republic of Ireland, being almost equidistant from the three main population centres of Dublin, Cork and Limerick. Most local business interests are happy to see new ferry services being handled out of Rosslare (when Waterford is not involved) rather than feeding the gigantic commercial swallow all that Dublin has become. But it has to be remembered that Waterford port is every bit as near to Europe as Rosslare and is fully connected with rail and motorway.

The trials and tribulations of the late 20th century deprived the Waterford Port company of the resources necessary to fully develop Belview. Much has been done but much more is necessary. The €33m which was to be paid for the North Quays, but which was lost because of fishing interests and legal challenges, was an engineered disaster which set the port back a generation. Thankfully business at the port has picked up and investment is rising but the target market is still agricultural bulk goods such as fertiliser and animal feed, and containers. The agricultural sector is likely to come under a lot of pressure post Brexit, especially if a no deal situation emerges. Waterford container volume is much less than Dublin or Cork, although it is re-establishing itself following some excellent marketing of the port and the addition of new services. These are, as always, subject to competitive pressure from other ports, but the port runs a lean and efficient operation. The finances of the port have improved dramatically in recent years with a steady profit being made and returned to the port shareholder (the government). The announcement that the port will purchase a new €1 million fully all-weather pilot launch shows that there is no lack of ambition.

At present a massive container terminal has been developed at Ringaskiddy (€100m). Dublin Port is planning major (€200m) investment at the North Wall. Rosslare has embarked on a near €40m investment plan. And developer Johnny Ronan is planning a major new port in Co Meath for the Drogheda Port company. A lot of the new ferries operating from Ireland to Europe have shallow drafts of less than 7m. A lot are less than 200m long. Tidal access may be a concern but it can be overcome. The late Anthony Brophy had Seaspeed Ferries at Passage East in 1980 suggesting a new ro/ro terminal at the spit bank there. I don’t know how such a suggestion would be greeted these days, but in any event it seems to me that it is time in these days of emergency access to Europe, for the Port of Waterford to consider a move into ro/ro to complement its own publicity of being a multi modal 24/7 facility. In the meantime, the proposed closure of the Waterford/Rosslare railway to turn it into a Greenway should be resisted at all costs as it would be a strategic blunder of immense proportions. Meanwhile, let’s hope for a better year for Waterford city in 2021.