TUI calls for schools to remain closed until January 18th 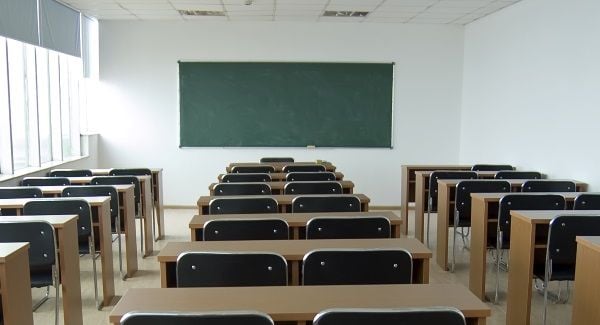 The Teachers’ Union of Ireland (TUI) has called for the reopening of schools to be delayed until January 18th at the earliest.

TUI general secretary Michael Gillespie said this would allow for a period of 14 days to assess whether Level 5 restrictions have been effective.

“To reopen too early is recklessly to tempt fate,” said Mr Gillespie. His comments were released in a statement ahead of a meeting between the teachers’ union and the Department of Education.

It says the very significant increase in positive cases of Covid-19 is cause for justifiable alarm, and a further delay is needed.

“Students, parents, teachers and the broader community need assurance that schools remain relatively safe and that reopening can be sustained,” he continued.

“To reopen too early is recklessly to tempt fate. It would be wiser and more prudent to have a short delay, inconvenient as that may be, than to run the risk of having schools become centres for concentrated spread of the virus.

“Our members, teachers and principal teachers alike, want schools to be sustainably open and have worked very hard to create and maintain the standards and conditions for sustainable opening. They know that key to this is keeping the school community safe. That builds trust and confidence.

“If the return is rushed it is very likely that the incidence of the virus in schools will accelerate, that student and teacher absence will rise sharply to the point where trust is lost and longer term school closure becomes inevitable. We want to prevent that and, in that context, believe that delaying reopening until January 18th at a minimum makes clear sense and would allow the current suppression measures to have the greatest effect.

“Therefore, we are asking government to make a decision to this effect now so that schools can make the necessary preparations for emergency remote (online) provision for the week beginning January 11th.”

Minister for Health Stephen Donnelly has said it is likely that a decision on whether to reopen schools will be made on Wednesday.

He told RTÉ’s News at One: “We have to allow the experts time they need to examine the latest evidence.

“The Cabinet meets on Wednesday night but again on Thursday. We have to wait until Wednesday or Thursday before there’s a decision in relation to this.

“There are ongoing conversations obviously across government, and with the public health team.

“However, I think it is reasonable to assume that government on Wednesday morning will make a decision on this.”