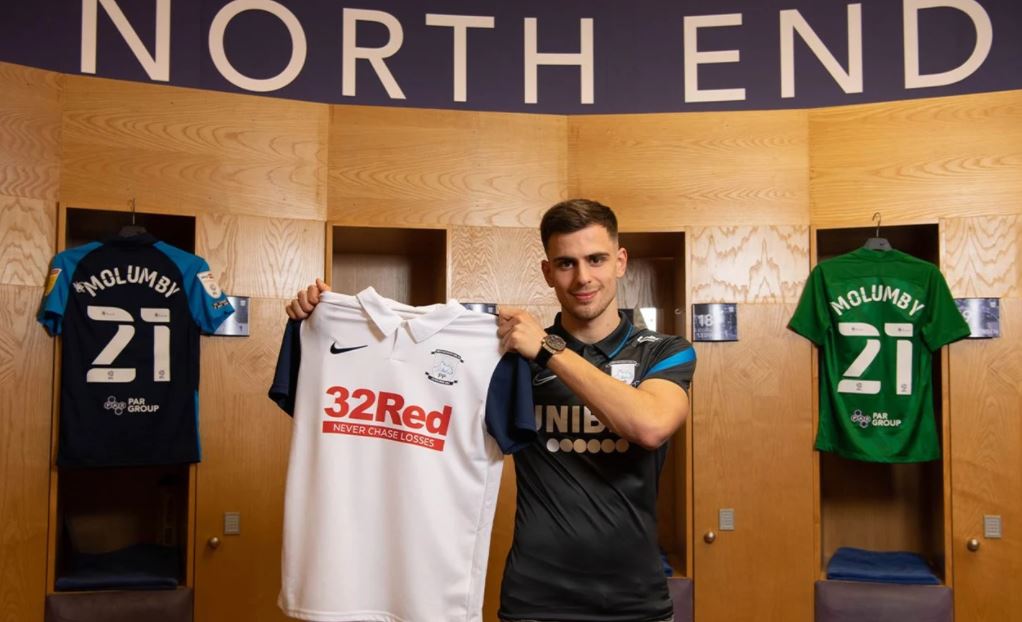 Waterford’s Jayson Molumby has joined Preston North End on loan for the rest of the season. Photo: PNE.

Cappoquin native and Republic of Ireland Senior International, Jayson Molumby, has put pen to paper on a deal with Preston North End after the 21-year-old midfielder signed with the club on loan from Brighton & Hove Albion until the end of the season.

With it rumoured that his current club turned down a permanent bid from Millwall to take the player back to the Den after over 40 appearances in the Championship last season, Molumby will now be on the road as he moves to Deepdale.

Molumby, who made his Premier League debut for the Seagulls in a 2-1 win over Aston Villa back in November, has featured with the Republic of Ireland Senior squad since the appointment of Stephen Kenny as Irish boss and has received five caps to date.

Speaking on his move to Preston North End, Jayson said, “I am really happy to be here. I spoke to the gaffer and the Irish boys here, who I know quite well, and it was a no brainer in the end and I am looking forward to getting started.

“Seani (Maguire) and Alan (Browne) speak very highly of the club and then the gaffer spoke to me and was the same and, in the end, I just wanted to get it done and I am really excited to get going and I just want to play some games and help the team.

“Once you get the taste of it you just want more. It was tough for me in the last few months, maybe taking a risk with Brighton, hoping to break into the first team and it didn’t quite work out, but I am actually buzzing.”

Molumby, who will wear the number 21 jersey, got the thumbs up from his new boss Alex Neil, who told the club media, “I think this is a signal of intent from us and he is a great acquisition. He has great energy, is good on the ball and is an Irish international.

“He has played at this level before for Millwall and he knows what it is about and we are delighted to get it across the line.”