Retaining sleepers as South East Greenway feature to be considered 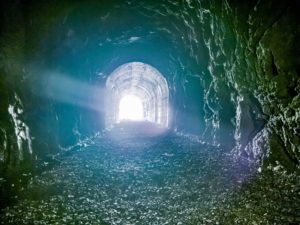 THE retention of some railway sleepers to illustrate the historic use of the route now cleared for the South East (Kilkenny) Greenway will be considered by Kilkenny County Council.

Raising the issue at this morning’s January meeting of the Piltown Municipal District (which was again remotely held), Councillor Fidelis Doherty (FG) said that honouring the route’s rail-related history was of genuine worth.

“I know we were told last month about this but I really feel strongly about this: could we not retain some of the sleepers, even if they’re left in a bundle or in a heap, that people would see what a sleeper from the old railway line looked like. When they’re all gone out of the area and off to Portlaoise, there’ll be people (eventually using the Greenway) who won’t know what a sleeper looks like, the dimensions of it and what it entailed.”

Cllr Doherty continued: “If they were left in bundles somewhere along the line as you’d walk the Greenway, then people would see the sleepers and I believe they’d have an appreciation of them. It’s something I feel really strongly about; I’d hate to think that they’d all be thrown above in a yard somewhere, all incinerated and gone forever. So I’m just making this one last appeal, it’s something I’ve mentioned loads of times because it’s something I’ve got strong feelings about. Some of them should be retained along the way and could become insect habitats to the side of the Greenway so that they’d have a second life – it’s recycling at its best – so I hope that some of them can be retained so that they’ll be viewed and appreciated by the many people who will walk and cycle the Greenway once it’s opened.” 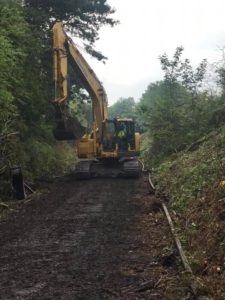 All sleepers along the former Waterford to New Ross railway line have now been removed.

In reply, Sean McKeown, Kilkenny County Council’s Director of Services, told the meeting: “I heard Councillor Doherty’srequest there loud and clear. I think, in fairness, it’s a reasonable request. Obviously, as I’ve indicated previously, given the fact that the sleepers have been deemed to be environmental waste, they need to be disposed of appropriately. But the request being made this morning is to retain a couple (of sleepers) in situ for the purposes of showing future generations what the railway track used to look like so it’s not as if we’re suggesting that they’d be re-used as such – it’s about having them in situ – so we’ll have a look at that and I’d be confident we’ll be able to do something there.”

Mr McKeown confirmed that all sleepers on the former railway route between Waterford and New Ross have now been removed, as the 22-kilometre-long, €15 million regional project continues to advance.