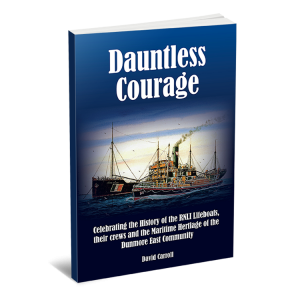 ‘DAUNTLESS COURAGE’, which charts the history of the Dunmore East RNLI Lifeboat service, is a stunning accomplishment on author David Carroll’s behalf.

While it runs to 380 pages and is diligently referenced, the book is never weighed down by either its historical breadth or the unavoidably sombre tome of much of its subject matter. Wisely veering away from an academic tone, Carroll masterfully navigates the reader through the establishment of a Lifeboat Station at Dunmore in 1884 all the way up to last October’s rescue of the stricken Lily-B cargo ship.

While the book doesn’t steer clear of some unavoidably and necessary lengthier passages, from the salvaging of the German U-Boat UC-44 in 1917 to a profile of RNLI stalwart Stephen Whittle, it’s a pacily scripted work.

That Carroll strikes this balance, having delved deep into the archives of many books and newspapers, is another standout accomplishment of this beautifully designed end product. And to the 60-plus businesses and individuals who sponsored this book’s publication, to such an extent that it could be produced as a hardback, a heartfelt thanks is merited. If you’re going to write any history of an institution, ensuring delivery of THE definitive history is a noble yet essential ambition. In that respect, ‘Dauntless Courage’ proves an unabashed triumph, a treasure trove for lovers of Waterford history and in particular that of its magnificent estuary.

That we’ve been blessed by both this book and Andrew Doherty’s ‘Waterford Harbour Tides & Tales’ being published only months apart is manna for readers hungry for the history and lore of the area. Both books deserve healthy sales and great local support which I’m delighted to write appears to have been the case over the Festive season.

“I was a bit nervous about taking it on,” David told this newspaper prior to the book’s launch.  “It was certainly a step up from writing a few thousand-word blogs about Dunmore for Andrew (Doherty’s ‘Tides and Tales’ website). Surely, at least this is what I thought when I was first asked to take it on, there’d be someone better qualified in the Waterford area to write it but I gave it a go and here we are, two years later, having never previously written a book, and now it’s done. Having ‘dauntless’ in the title of the book was very fitting!” Well, David can rest easy now and proudly reflect on a job brilliantly done.

The level of detail packed into this book will make ‘Dauntless Courage’ a reference title worth returning to time and time again. From the glossary of nautical terms to a summary of all of Dunmore East RNLI’s Medal Award recipients, in addition to listing each of the 10 named boats which have served the area over the past 137 years, no stone has been left unturned here.

But David Carroll never loses sight of the human stories that have marked the service’s history either.

From the touching tribute to Stephen Whittle (who died last October) to Coxswain Joefy Murphy leaving his sickbed to take the ‘Elizabeth and Ronald’ to sea during the search for the Honeydew II in 2007, the devotion of successive generations of crew are heartily honoured.

In his foreword, Port of Waterford Chief Executive Frank Ronan justly describes ‘Dauntless Courage’ as a work which “fills a gap in the social and maritime history and heritage of Waterford Harbour”.

Surely speaking for everyone who has read or supported the book, Mr Ronan adds: “The Dunmore East RNLI Lifeboat has long deserved to have its history recorded. ‘Dauntless Courage’ is that record.” Amen to that, says this grateful reader.

To find out more about ‘Dauntless Courage’, please visit https://dunmorelifeboatbook.com/ 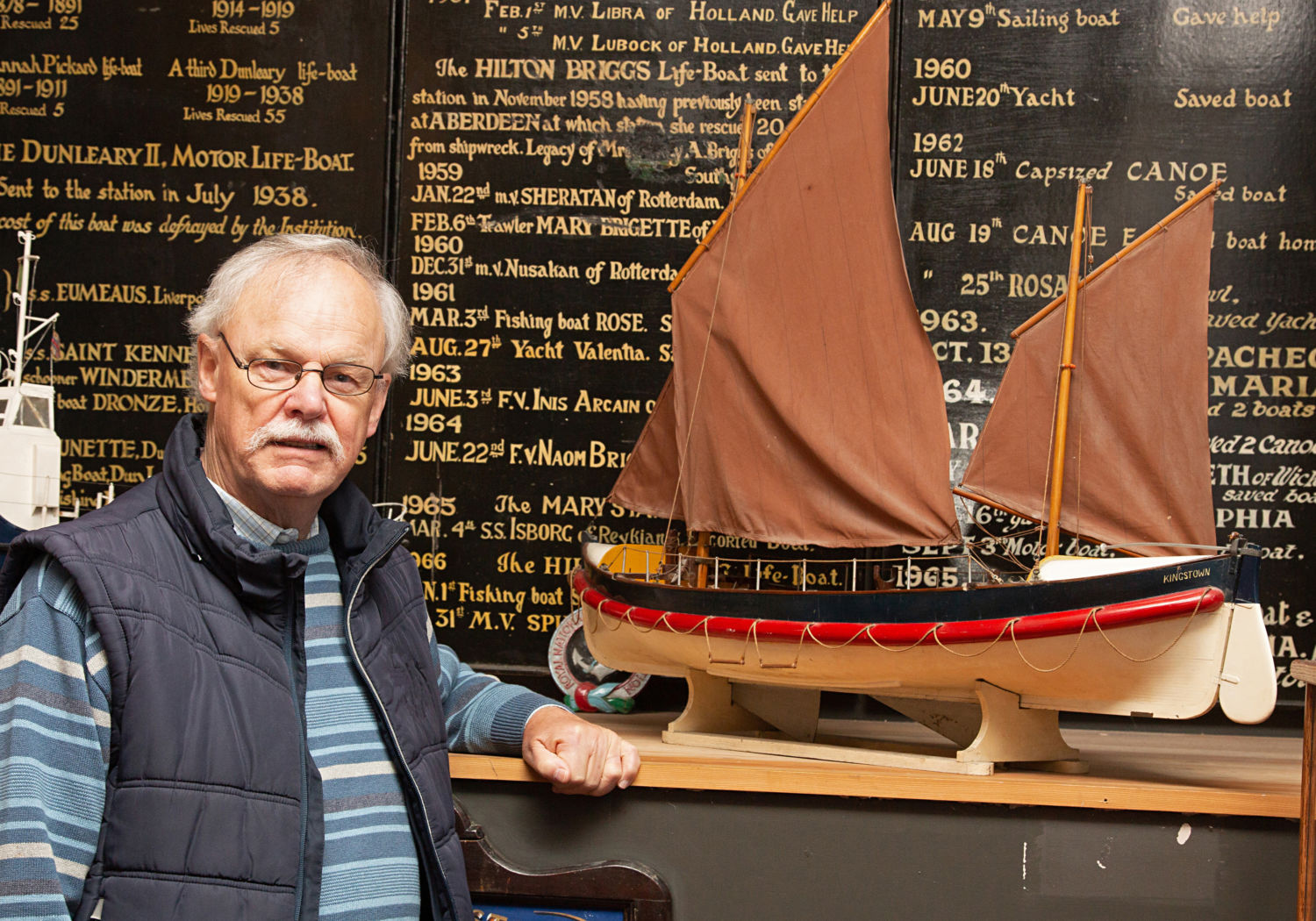