Griffin and Martin signed for 2021 season 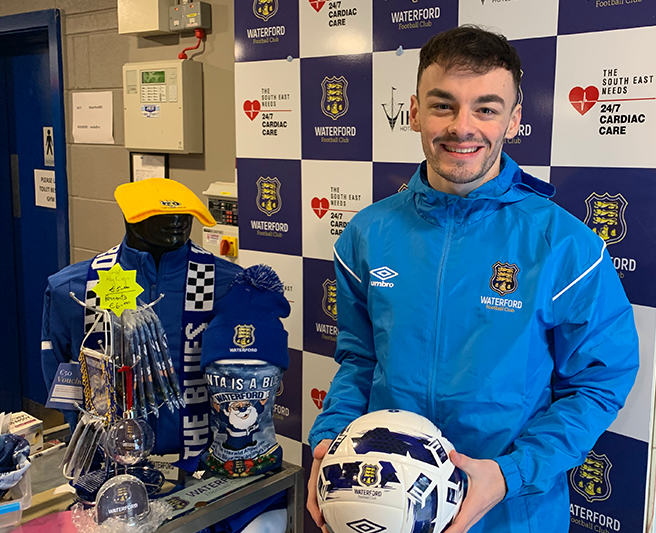 While a degree of uncertainty still lingers over a start date for the 2021 SSE Airtricity League of Ireland season amid the continued Covid 19 Pandemic, Waterford FC are continuing their plans for the season ahead after confirming two new signings.

With the current travel restrictions causing problems for new boss Kevin Sheedy and his assistant Mike Newell to travel into the country, the Blues will be hoping that these government guidelines will allow the two men take the helm at the club in the coming weeks.

It’s also expected at this stage that both Fran Rockett and Dirk Heinen could be set for a return to the RSC in coaching roles, but no formal approach has been made at this juncture. There’s no doubting that the new management team will be keen to have a member of their coaching staff that well briefed on the league.

After announcing the signings of the two experienced players in the squad from last season in the Murphy duo of Brian and Daryl, the club have also confirmed that both Shane Griffin and John Martin have put pen to paper for the season ahead.

Although it’s widely expected that the 2021 season will get underway at the end of February, a later starting date has yet to be ruled out by the FAI as they put plans together to put to Sport Ireland for the safe return of fans to games.

With a lot of water to go under the bridge between now and then, the Waterford FC fans will be anxious to getting back to supporting the team under Sheedy and Newell, and the additions of both Griffin and Martin is a welcome boost.

Griffin, who made his Premier Division debut in a 3-2 win over Sligo Rovers a couple of years ago, produced a number of top performances during the 2020 season and will be remembered for his famed last gasp winning goal in front of a big crowd in a 2-1 success over Derry City.

Commenting on re-signing for 2021 to Waterford FC.ie, Griffin said, “I’m delighted to be back for this season. I’ve heard some great things about the new management team so I’m hugely looking forward to trying to impress them and holding on to my place in the squad. By the looks of things, there could be serious competition for places so it’s certainly exciting. Just anxious to get in now and get training.”

The Blues have also confirmed that the leading goalscorer for the club last season, John Martin, has decided to stay put for the season ahead. Martin scored four times for the Blues last season and he admitted that he was delighted to get the deal over the line.

Speaking to WaterfordFC.ie John said, “Great to get over the line early, I can continue to focus now on getting ready for the start of the season. Things seem to be moving pretty fast so it’s great to be able to turn my attention to getting going in February”. Further additions are expected in the near future. 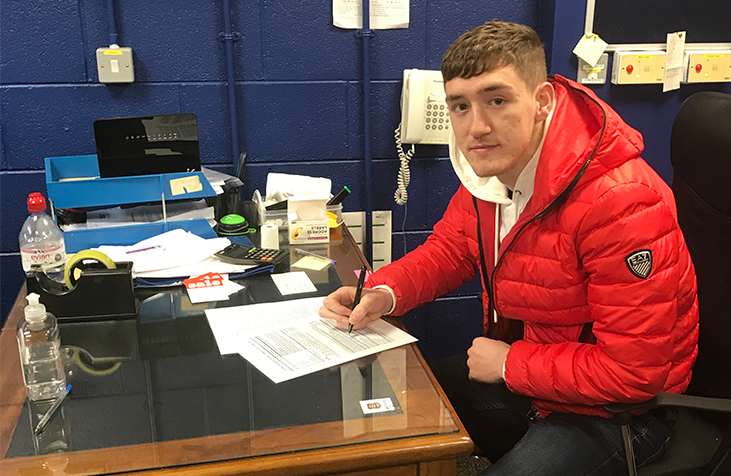 John Martin signing on the dotted line at Waterford FC for the 2021 season. Photo: Waterford FC.