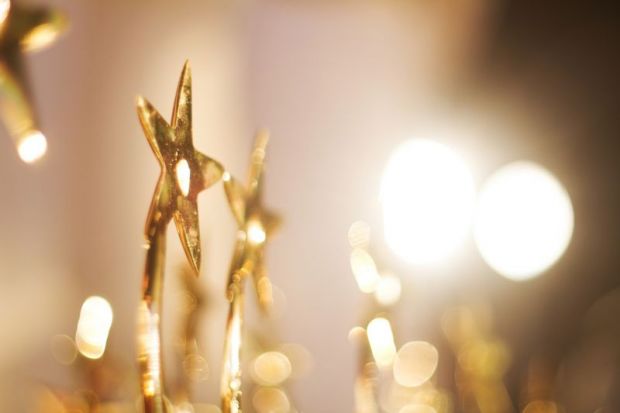 GOOD riddance to 2020. Let’s pick over the coals of a year few wish to relive. To all those smarmy halfwits who think they are profound when they say ‘may you live in interesting times’- bog off back to 2019 and think more carefully about their wishes.

Phoenix’s self-appointed job is to hold the powerful to account, so who were the politicians and civic leaders who have made a particularly large contribution to our public life, and who had a year to forget.

Heart-warming moment of the year: The reunion of Dublin private school boys around the cabinet table in June was in Trump’s terminology ‘beautiful’. Having parlayed a 2011 76 seat victory into 45 seats in 2016; the disastrous election saw them romp home in third with 35 seats. But as is their birthright, the Blueshirts still rule this land.

For distinguished combat in keyboard warfare: Shinnerbots versus leaking Leo, as if we care about all that Dublin-centric nonsense. Where is our bloody Cath Lab?

Mystery of the year: Why has no one from Government turned up in a good suit and comedy scissors to open St Patrick’s Hospital or the Dunmore wing of UHW? Are our Dublin-Cork overlords afraid of visiting? Spooky!

Resignation of the Year: the people of Waterford facing four more years of starvation politics. Pincered between the axis of Cork-Dublin, before year’s end, expect WIT to follow the hospital out the door. Oh look, our new Mortuary is going to open.

Sportsman of the year: After briefly flirting with a Trumpesque call for a recount, John Cummins took his hiding in the General Election and headed into the Seanad, like his father before him. Clearly, Cummins is now a lower-ranking house in the FG dynasty- I am not sure he even went to private school. Who would have thought Golf was such a dangerous game? Anyway, he bravely sort-of resigned, after he sort-of explained himself after a fair bit of radio silence, to a bemused Damien Tiernan. This is apparently, the coming powerhouse of Fine Gael in Waterford.

Public servant of the year: A three-way tie. Grace Rothwell navigated UHW through the Covid-19 crisis as the best hospital in class. The penny has dropped how dangerous her Cork overlords are, and she appears increasingly to lead her troops, standing up for Waterford and the SE. Anyone who reports directly to Gerry O’Dwyer deserves a medal. Mickser Walsh, half-man, half-raging bull, all-county and city manager for hauling the North Quays over the line, a stunning work of staggering patience. But Waterford senior hurling manager Liam Cahill also split the judges. In a strange year, the trip to Croker raised all our hearts, beaten but unbowed.

Lazy academics of the year: No South East Economic Monitor this year- perhaps the data was just too gloomy. Better to watch a dystopian fiction like ‘The Crown’ on Netflix?

Senior hurler of the year: unburdened by party loyalty, Matt Shanahan is pulling hard for Waterford. But all his pulling does not appear to have dislodged a single monocle from the Dublin elite. Hard to play hurling without a team, should he offer his services to the highest bidder, Cullen style?

Media personality of the year: it is always worth putting a microphone under Bishop Phonsie when there’s a quiet news week. In 2020 he finally eclipsed Dr Jennifer Kavanagh of WIT for exposure and Jennifer O’Connell who now writes the entire Irish Times, on her own, from a pop-up hipster café rumoured to be near the People’s Park.

Betrayal of the year: We cannot award this to the voters of Waterford for the 11th year in a row. So the award goes to private citizen Paudie Coffey. With FG HQ sinking Waterford’s ticket with the talents of John Cummins and Damien Geoghegan, Paudie recognised Dublin’s desire to liberate Waterford from Blueshirt rule and retired.

Karma award: John Paul Phelan for being part of a Government that in a complex time-shifting way also may have tried to kill him through the under-provision of cardiac services at UHW. Get well soon, JP.

Disqualified is our King Leo of FG, having taken half of the seats in the South East in 2011- seven from fourteen, Fine Gael now has one and a half seats left in the region. Leo has yet to have his comeuppance.

Singer of the year: A few hours after his 20,569 first preferences were counted, did troubadour David Cullinane make 10,830 new Shinners experience buyer’s remorse?  Who cares says Deputy Cullinane, who is now most likely to be the next Minister from our parish.

Pensioner of the year: A tie between John Deasy, retired at 53 and John Halligan at 65. Both did the State some service, providing a vote on behalf of Waterford while the county was ransacked. Now both have left politics to spend time with their pensions.

Moment so dark it does not bear thinking about: Tom Boland was appointed by Minister Simon Harris to shepherd WIT into the arms of Carlow. Minister Harris, famous for denying Waterford 24/7 cardiac care. Boland, famous in these parts for being paid by Kilkenny County Council to examine (and recommending) putting a university campus in Kilkenny. There will be trouble ahead.

John Deasy memorial trophy for party over people: Minister Mary Butler put in another sterling year, having first found form in the boundary row. Wondering publicly why the people she promised 24/7 cardiac care to not love her, was the clincher. Intoxicated by a junior ministry, after the real power-players in Fianna Fáil declined pretendy-ministries, Mary now specialises as a victim-of-my-constituency-politician. The ultimate JD move.

Honourable mention to Deputy Marc Ó Cathasaigh. The Green’s happy band of tambourine players has turned on themselves, muddying the waters for Marc, but his absolute loyally to half-man, half bike, Minister Eamon Ryan, suggesting he wants this award in 2021. Roll on 2021.