Vicky Phelan bound for US, hoping for “long-term gain” from new treatment 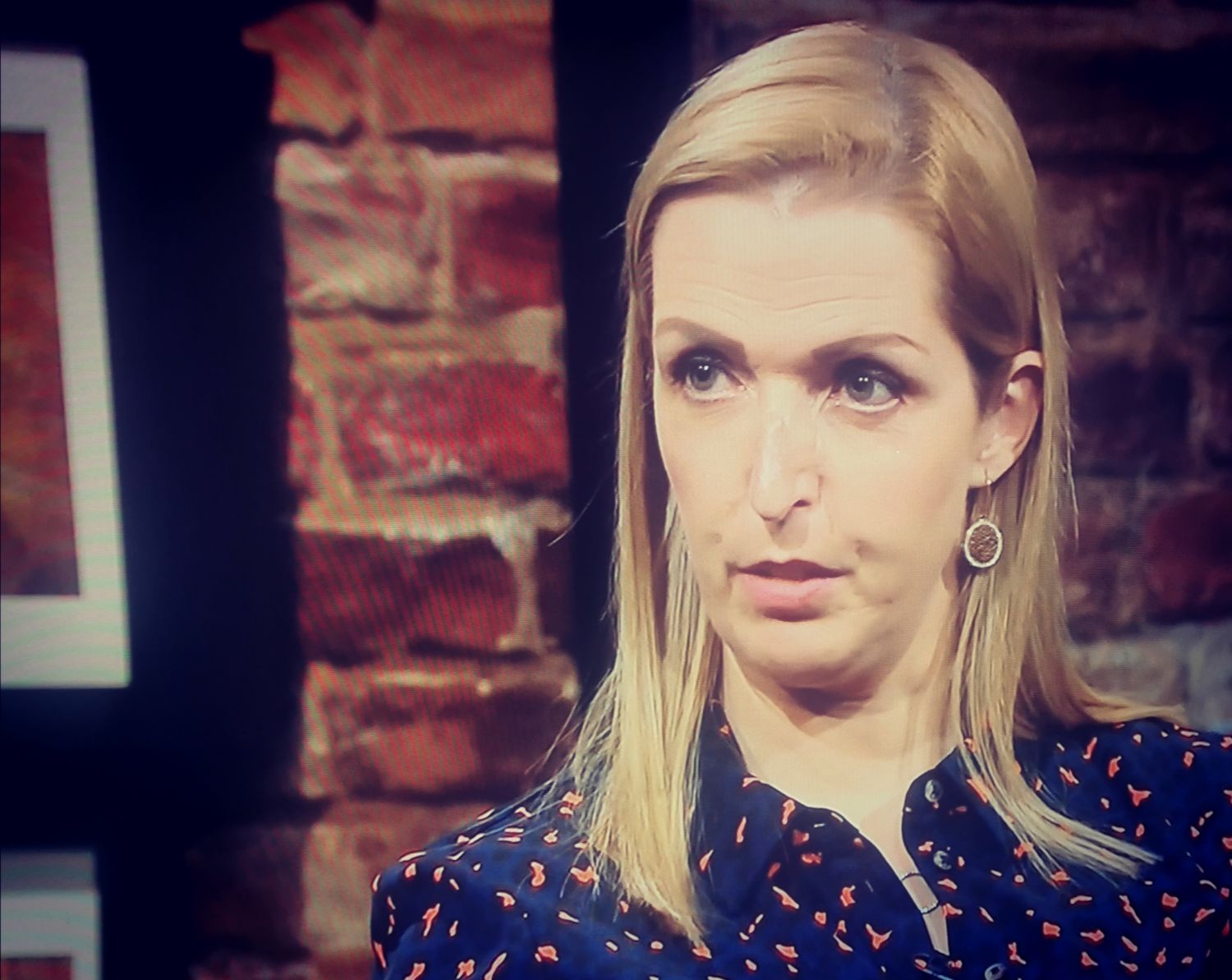 CERVICAL cancer campaigner Vicky Phelan is to spend a minimum of six months in the United States to participate in a clinical trial which she hopes will lead to a “long-term gain” for both her and her children.

Speaking to Ryan Tubridy on tonight’s ‘Late Late Show’, the Mooncoin native and former Waterford IT staffer said the prospect of trying a new immunotherapy drug, made available by this trial, was “a no-brainer” for her. Come Sunday, Vicky will jet to Maryland for the trial – on her own.

“It’s tough,” she said. “Yeah, it’s kind of starting to weigh in, you know, at this stage because you know having to leave the kids is going to be a big (wrench).”

She continued: “I’m going to stay in a hotel for the first week, because on Tuesday, I go in to have tests and scans so I say I’ll have every scan known to man done on Tuesday. And there’s still a five per cent chance at that stage that I will be eligible for the trial but it’s very slim so you know I would imagine I wouldn’t be fine, but they always say to you look don’t book long term accommodation just in case you aren’t one of those five per cent so I just booked a hotel for the first week, but I have booked an Airbnb from the following week for two months, because what they said to me was, you know, with this drug it’s another drug similar to Pembro, it’s immunotherapy as well – it’s like ‘Pembro 2.0’ basically – hopefully anyway – that generally they’ll know within two months whether or not it’s going to work for me. So, I booked accommodation to the end of March, kind of thinking, well if it’s not gonna work at least you know I want to forked out six months accommodation and then I’ll come home, even though I don’t want to be away from my kids (Darragh and Amelia) – I’m torn.”

She told Ryan Tubridy the decision, while hugely emotional, was based on a practical premise: the hope of extending her life, and, thus, her time with her family and loved ones.

“I’m very rational and very scientific in ways and that’s the way I have had to be, you know, and that’s the way I cope with things so I rationalised (the decision) by saying you know it’s short-term pain for long term gain so if this trial works, I get more time with my kids – and probably what I’ve already gotten Pembro you know, two or three years. And actually, you know the oncologist actually said that he has had some people who have gone into full remission.”

Vicky continued: “Now I wouldn’t get too excited and kind of think that could be me, I’d be happy enough to get you know two or three years of really good quality of life like I’ve had – and then something else will come along and that’s kind of the way I’ve operated all along.”

With visible emotion, Vicky told Ryan Tubridy: “There are times – like it’s happening now – it’s that pain you get in your chest when you know anything to do with your children I think; that’s when it hits me, knowing I have to leave my kids to get a chance for more time. But they understand it. I’ve been very open and honest with my kids with my disease from the very beginning.”

When asked what alternatives she had available to her, Vicky said: “If I stay here (it’s) palliative chemotherapy, and, you know, I’ve seen it unfortunately, a lot over the last 12 months in particular, with Ruth Morrissey dying, Patricia Carrick and it’s not for me. I had the conversation with my oncologist and I said, time wise, what do you think I’d get if I stayed on it – eight to 12 months so I know if I go down that road, that’s it, I’ve accepted it, that this is it and I’m not ready for that.”

She continued: “I’m the type of person I suppose that will try something else, you know, and because, like I said, I’ve responded so well to immunotherapy for me, it’s worth a shot and if it doesn’t work, I have no regrets. Absolutely no regrets.”

If you wish to donate to Heroes Aid, which Vicky is supporting, please visit www.heroesaid.ie or https://www.facebook.com/HeroesAid/