Waterford horses, trainers, jockeys and owners on the crest of a wave 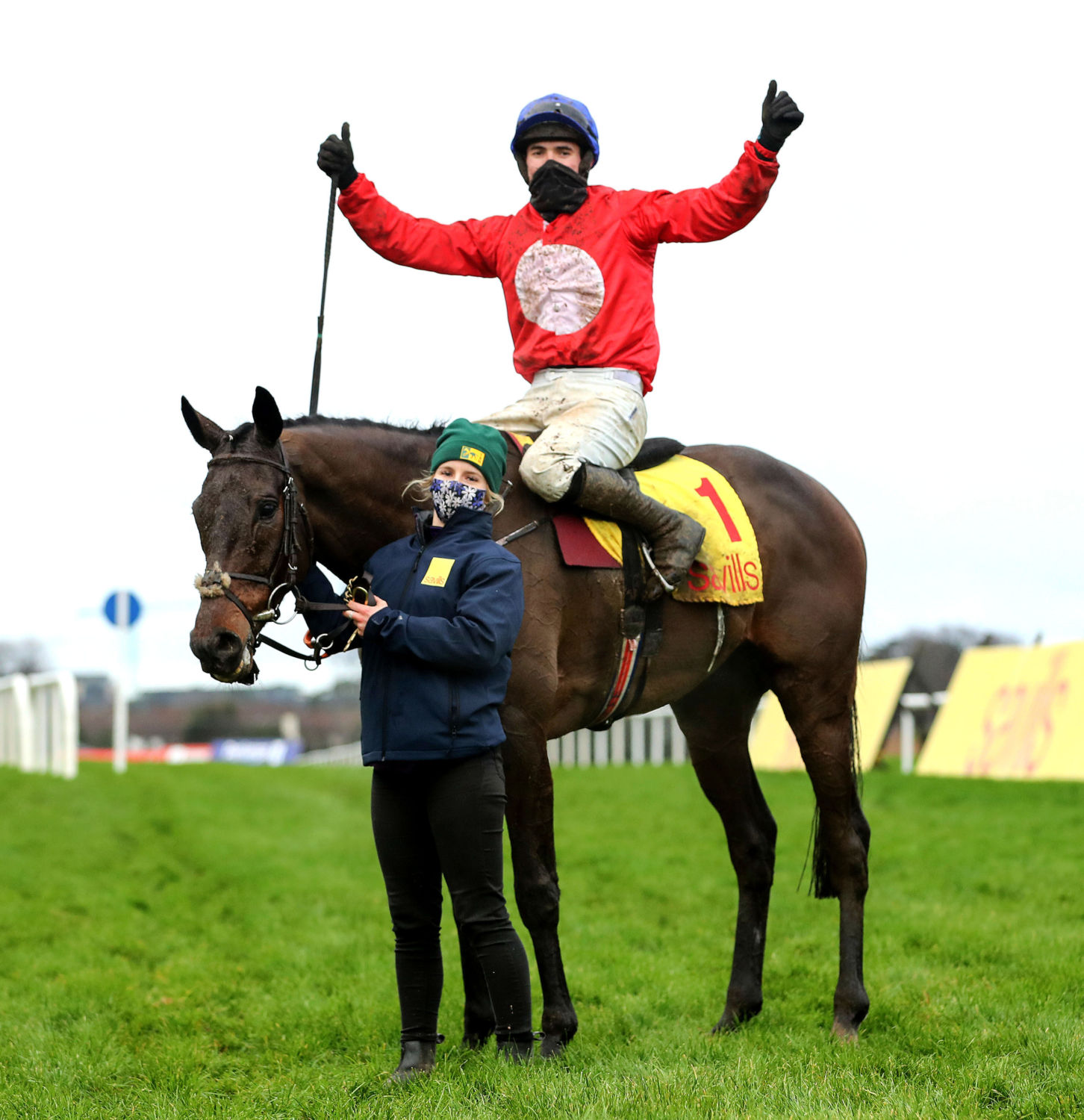 There’s no doubt that the Festive Period was a brilliant one for Waterford horses, trainers, jockeys and owners. Here were all the local winners since Christmas Day.

At Limerick Minx Tiara 9/1 made every yard of the running for the Waterford based Fastey For Fun syndicate. The Flynn family from Dungarvan plundered the Grade 1 novice chase on the same card with 5/1 shot Colreevy battling back to score despite a last fence mistake. 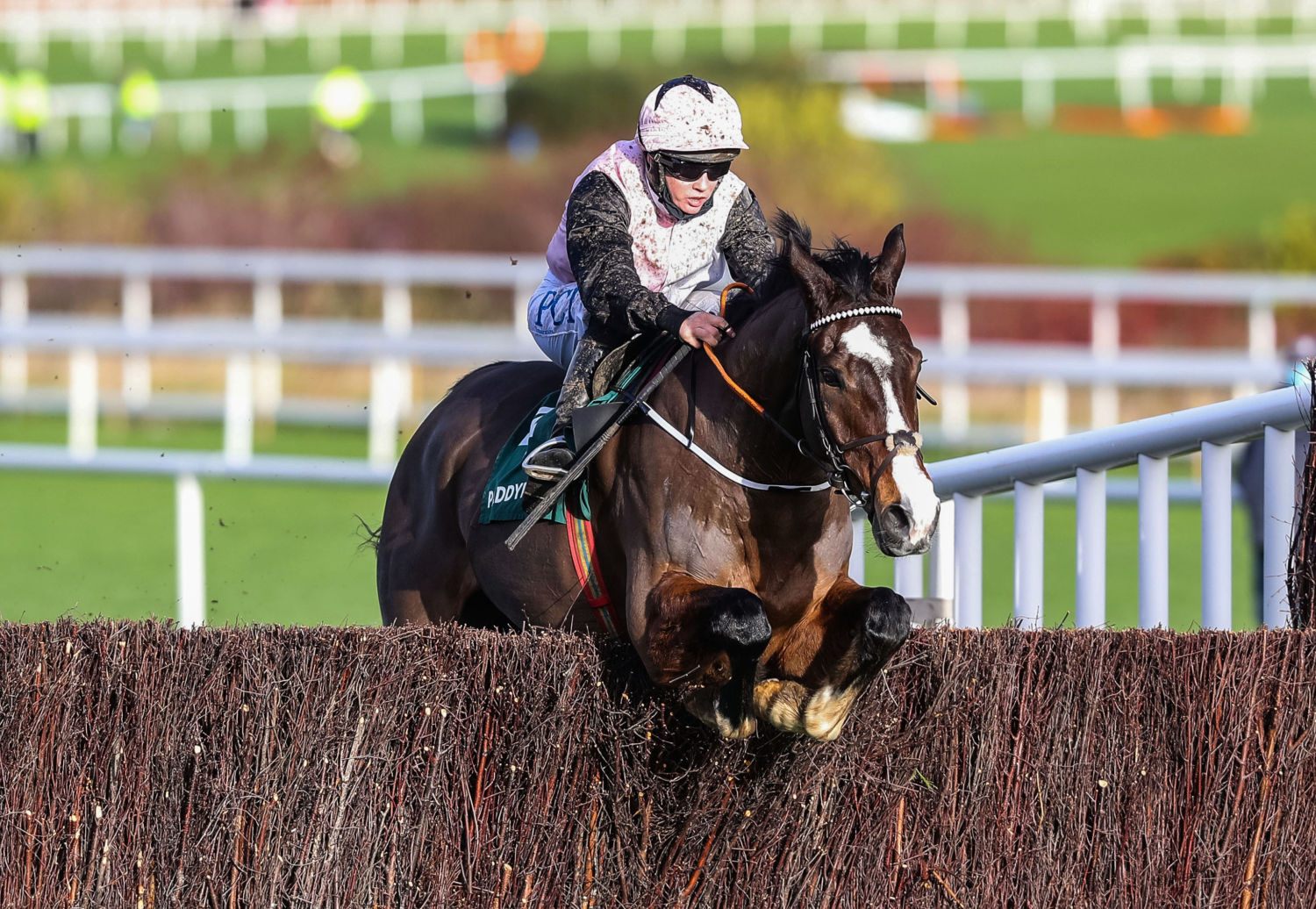 January Jets 7/2 made every yard of the running to score over fences for Henry De Bromhead at Leopardstown.

At the same fixture Villierstown trainer Paddy Corkery combined with Dungarvan rider Ian Power to register back-to-back victories with 5/1 shot Master McShee. Afterwards he said, “I’m delighted with that. I asked Santy for a winner at the Leopardstown festival, and that was five years ago, so it took him five years to deliver. It’s brilliant to bring a horse like that just to have a chance, let alone to win it. Ian gave him a peach of a ride every ride he was on him.”

To the question of whether his horse was for sale or not, he replied: “He’s a horse with a lot of potential. I’ll never again have a horse like him. I’ve had a good few bad horses in between and there’ll be money after us, so I’m delighted to hold onto him.”

Looking to the remainder of the season, and the possibility of running at the Cheltenham Festival, he added: “At this point in time, I wouldn’t rule it out, but I’m not really gunning to go there. It’s not the be all and end all this year, but if he’s still around next year and in one piece he’ll probably be a better horse over fences, so you never know.” 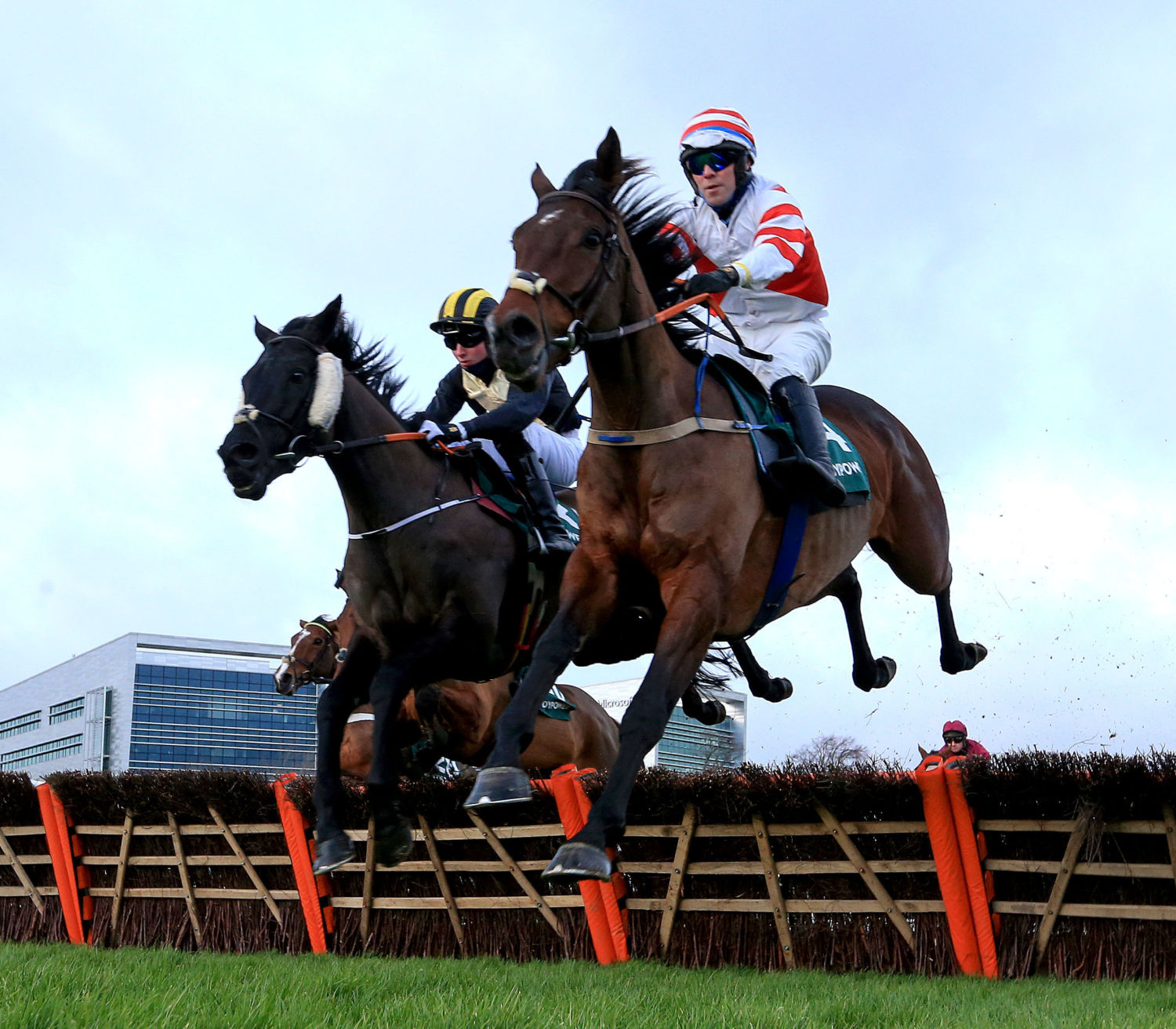 Dungarvan’s Ian Power onboard the Paddy Corkery trained Master Mcshee on their way to winning the Paddy Power ‘Maybe I Like The Misery’ Handicap Hurdle on day two of the Leopardstown Christmas Festival.

The Henry De Bromhead trained A Plus Tard 15/2 finished with a flourish to capture the Grade 1 Saville’s Chase at Leopardstown.

Henry de Bromhead said: “It was some finish, he was brilliant. He stayed really well and it was a super ride from Darragh. It was unfortunate with Minella Indo but he seems okay which is the most important thing and Rachael seems okay.

“It’s very frustrating but I’m delighted for A Plus Tard, for Darragh and for Cheveley Park. It was a brilliant ride from Darragh, he was very cool on him.

“I said it to Chris Richardstown about Darragh and he was very happy after Rachael decided to go with Minella Indo. He’s an up-and-coming young rider and we were delighted to get him. 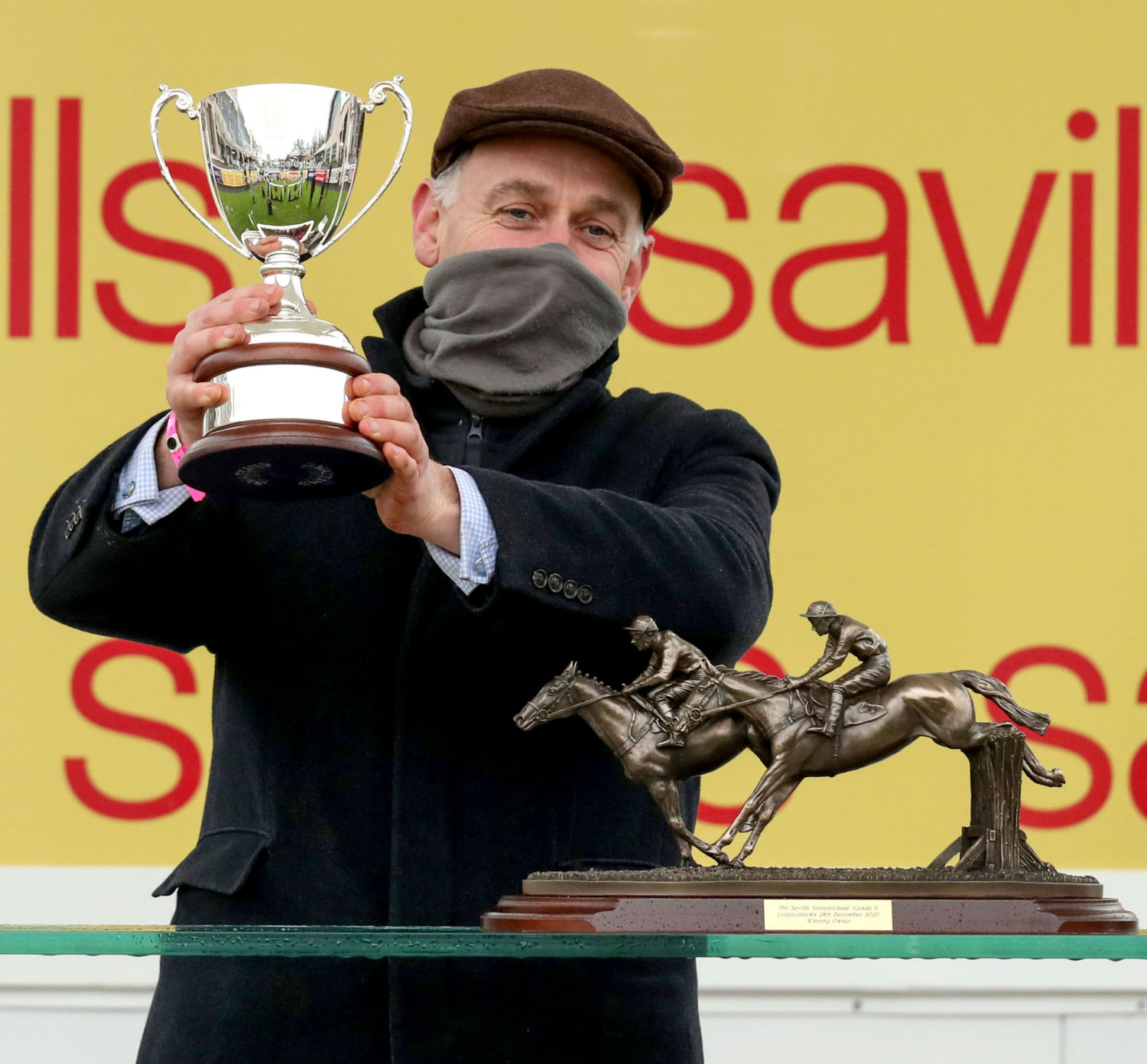 “He stayed on really well in the end. I thought he was staying on in the Ryanair last season and he definitely stayed on really well there. He won a Grade 1 here over two-one last year and now he’s won over three miles. He’s still only six. We’ll see what we do now. He had a tough race there so I’ll speak to all the connections and decide after that. I’m delighted with today.”

When asked if he could be a Gold Cup contender he added:- “Absolutely, he stayed at it really well and needed every inch of it.

“I wouldn’t like to make any plans yet. We’ll enjoy today as this is a pretty savage race to win. We’ll see whether it’s the Ryanair or the Gold Cup, it’s up to everyone involved.”

Henry De Bromhead and Hugh Morgan teamed up at Limerick to score with 9/2 shot Low Lie The Fields while the local trainer saddled a brace of winners on the final day of the Limerick festival when Kalkas 2/1 and Atlantic Fairy 6/4 both recorded easy victories.

2/1 chance Minella Escape ran out an impressive winner over hurdles at Tramore for Henry De Bromhead.

The Robert Widger trained Treacysenniscorthy 6/1 made every yard of the running to score over fences at Cork. 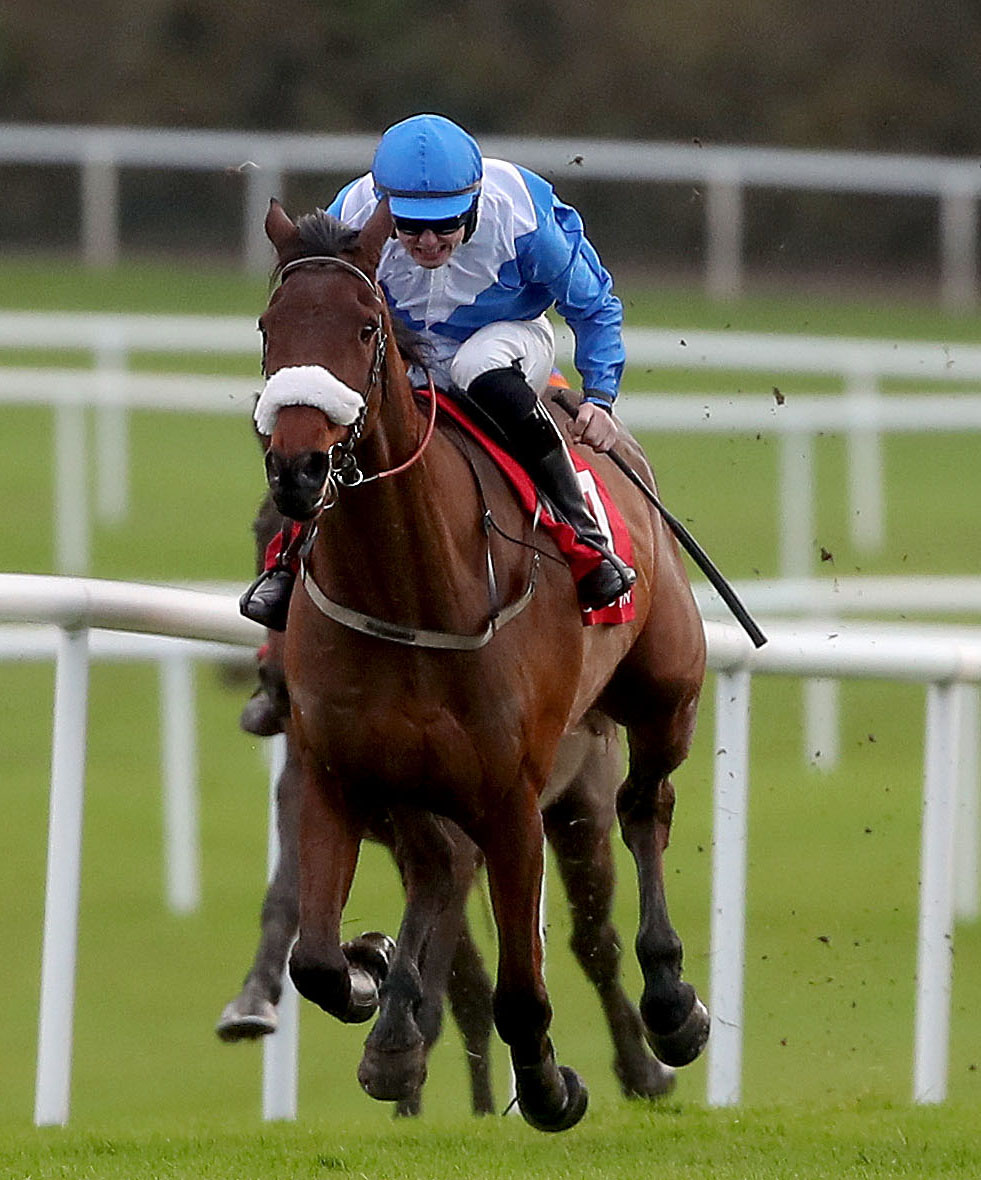 The Robert Widger trained Treacysenniscorthy got back to winning ways at Cork on Saturday last.

Irish born Cheltenham Festival winning rider Dave Crosse (38) called time on his career in the saddle at Kempton Park. He partnered 206 winners and plans to become a partner in ex jockey Noel Fehily’s syndication business. He is also a jockey coach and has a hospitality business.

The Henry De Bromhead trained Monalee is out of action for the foreseeable future having met with a setback and is now rated as highly unlikely to make the Cheltenham Gold Cup.

Tony McCoy is the only person from the racing world to win the coveted BBC Sports Personality of the Year award back in 2010.

Listowel born Tom Kelly who rode his first ever winner when 16/1 shot Midnight Maestro scored at Leopardstown for his boss Enda Bolger is a first cousin of fellow riders Gavin, Gearoid and Kevin Brouder. 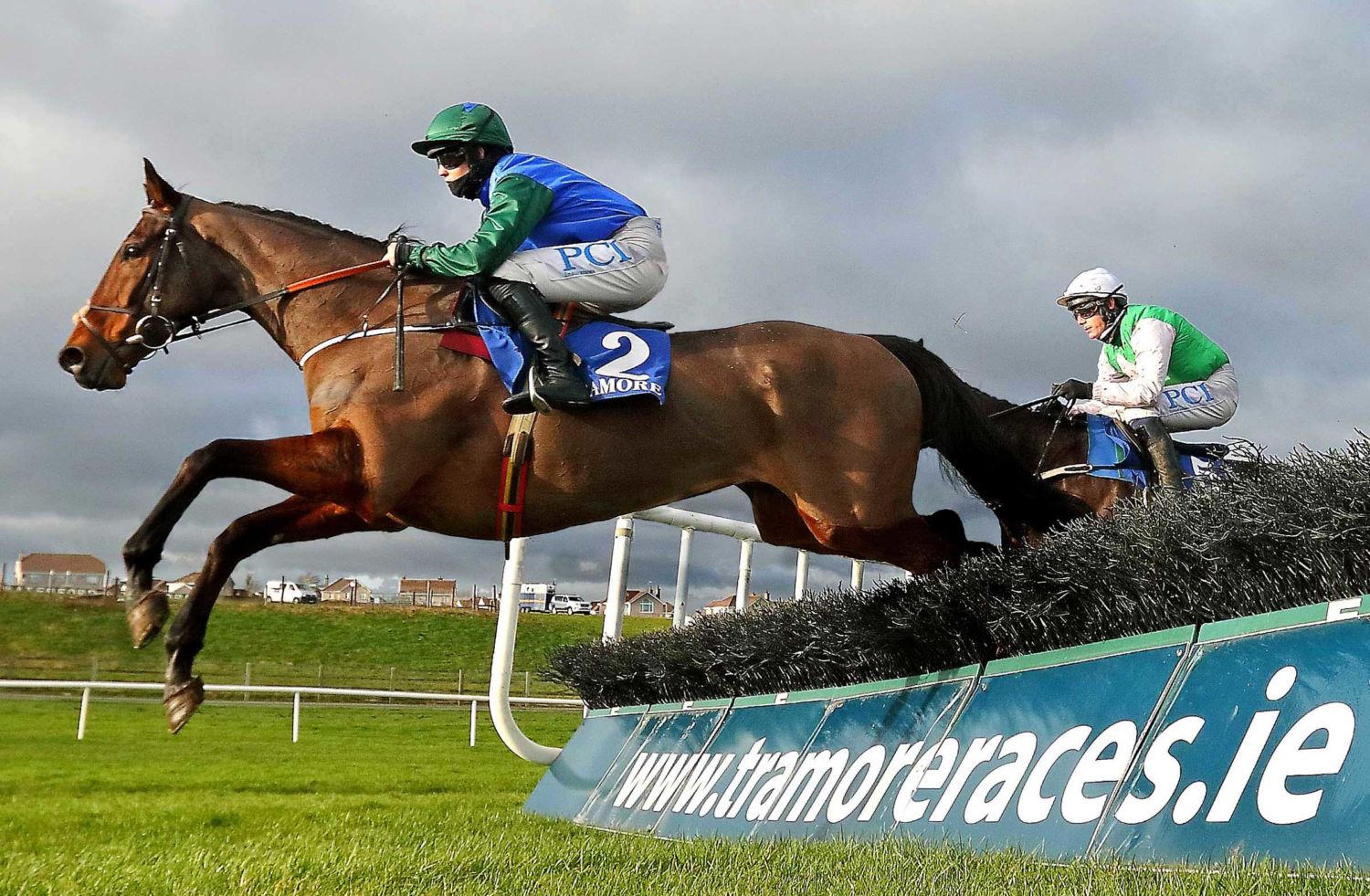 The Henry de Bromhead trained Minella Escape ridden by Rachel Blackmore clearing the last fence on the way to victory in the Goodbye 2020 Hello 2021 Maiden Hurdle.