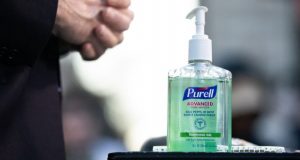 I THINK I’m safe in saying that 2020 will not be missed. In years to come it will not generally evoke any nostalgic feelings.

I’m imagining that the producers of ‘Reeling In The Years’ may be tempted to update the series just to feature 2020. Plenty of fodder there for sure.

That said, not everyone had an “annus horribilis”. If you happen to be in the Perspex or hand sanitiser business, I dare say you might view things a little differently. Overall though I think we are all looking forward to 2021.

Whatever the forecasts from the experts, none of us knows what’s down the line. The only thing that’s certain is the uncertainty of it all.

I grew up hearing about all these secure jobs that I should go for when I left school. My generation were supposedly “set up for life ” if we became Civil Servants, joined the Gardaí or the Bank, or learned a trade.

Anything that ensured a good pension at the end of your working life was the gold standard.  It sounded good, except it really doesn’t fit in with many people’s life plans and not everyone places such a premium on so called security.

Getting into radio, for me, was as far from the “good pensionable profession” as was imaginable in the early 80s. I wasn’t really cut out for the Gardaí as was suggested at the time.  The Glass Factory was the other option presented and that didn’t appeal either. Over the years, there were moments when I may have envied the guys I saw coming out with fat pay packets from various factories in Waterford, but to be honest, I wouldn’t have swapped with them.

You make your bed; you have to lie in it and I chose radio and all that went with it. Pirate days were particularly unstable and at one stage, it was bandied about by our dear Government leaders that jail sentences would be imposed if “operators” didn’t cease and desist illegal broadcasting. Dastardly lot those DJs – lock ‘em all up!

Still and all, the situation of regulation of the airwaves was eventually resolved and pirates were by and large no more. The precarious nature of broadcasting was improved greatly and at one time, I genuinely believed it was a job forever.

Time marches on, things happen, we live and learn and eventually discover there’s actually no security as such. If you’ve been used to things going well for any length of time, it’s fairly easy to be lulled in to a false sense of it.

With the pandemic wreaking havoc, lots of us soon realised that with or without our consent, life changed and we were faced with a choice. Adapt or get seriously stressed out. That is possibly one of the hardest things we have to deal with in life, the sudden upsetting of our cosy little world and the unexpected turmoil that follows.

I was listening to a podcast recently by a guy called Daniel Kolenda who suggests that, as a society, we have gone soft. He reckoned all of us are here because of the sacrifices and hard work of our parents and forefathers who were forced to deal with so much more hardship than any of us will ever know in our lifetime.

I would tend to agree. I appreciate that our individual difficulties are all too real, but I can’t help thinking that as a nation we need to toughen up and appreciate what we have.

Adapting is the name of the game and the ones who learn to do it with an attitude of “no matter what happens, we’ll face it without moaning” will get on the best.

We’ve certainly faced down many dark days in our history in this country and I can only imagine what some of our predecessors had to endure from famine to war, both global and civil.

I don’t think down south we have any idea of the suffering our fellow Irishmen and women endured fighting for basic civil rights in Northern Ireland. Many families burnt out of their homes and sent as refugees to makeshift camps across the border.

We haven’t yet endured war as experienced by some of our grandparents – no bomb shelters or rationing. And that’s not even all that long ago.

Now though, we’re upset at how “unfair” life is. We’re asked to think of others by observing a few simple rules, to leave a pub a bit earlier than we’re used to, to work from our centrally heated comfortable homes for a while.

God forbid the kids might interrupt you at the computer. It’s a small price to pay surely?  You might even enjoy the extra time you get to spend with them. The Government can’t fix everything with a magic wand though at times I think it seems to be expected of them.

It’s a great time now to push the reset button and make this year a year of being grateful for what we have.

I hear mental health mentioned a lot these days and don’t misunderstand me, I know there are issues where help is needed, but I honestly think we can do more for ourselves and others by getting out of our own minds a bit more and maybe just seeing how we might possibly be able to help someone else.

An appreciation for just being healthy is not a bad way to start. I might not be up to running any 10ks these days but I’m thankful I can get out and walk.

We all want things to return to normal, but if by chance the old days are gone for good, maybe that’s not such a bad thing. The safety net was an illusion that we bought into because we didn’t really need to be concerned about sudden changes.

We’ve had a rude awakening and in some cases, it has humbled us a little. Suddenly the material is less important. Not while you can’t see Granny like you used to and your son or daughter is unable to get home from London, Australia or South Africa and maybe worried about their own jobs.

On the bright side the new vaccines have given a lift and whatever your concerns about them, should you have any, at least they exist. No-one ever promised us an easy life.

There’s an old saying, “Don’t pray for an easy life, pray to be a strong person”. That few pray at all might well be a big part of our problems but that’s for another day.

We know the drill; we’ve already been there. We can handle it. Please look after yourself and those around you. Stay safe, keep the faith and remember, this too shall pass. Happy New Year.

Time out with Timmy: Telly Treats

Time out with Timmy: Return to the Showboat