Frustration over lack of N24 and N25 progress 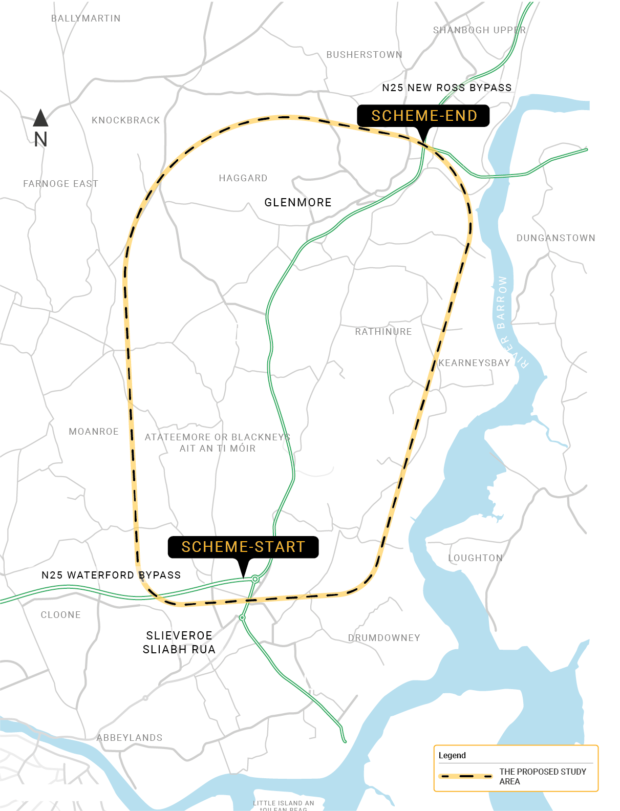 THE delay in disclosing the preferred route selection for the new 9.5-kilometre N25 Waterford to Glenmore road scheme has been described as ‘crazy’.

Speaking at the Piltown Municipal District’s January meeting, Slieverue-based Councillor Ger Frisby (FF) said: “The sooner we get an update on the N25, the better. It’s holding up planning issues for several people; I’ve had people onto me who are looking for planning permission within the zone being considered for the preferred route but they’ve been held up because the preferred route still hasn’t been agreed yet and that needs to be made known as a matter of urgency now at this stage.”

Cllr Fidelis Doherty (FG), who has fielded repeated queries in relation to the weighbridge and bus stop near Glenmore, both of which remain unused, queried: “is there any development there or are they tied up in the route selection for the Glenmore to Waterford scheme?”

Area Engineer Stan Bergin told the meeting: “We are still waiting for the preferred (N25) route which will inform the likely future for that bus stop and weighbridge (at Glenmore) so that’s still outstanding.”

Meanwhile, the most up-t0-date information on the N25 project’s website states: “it is expected that a preferred route will be selected in Q1 2021”.

District Chairperson Eamon Aylward (FF) said the wait for a declaration regarding the preferred route was a source of justified local frustration.

“People’s lives have been put on hold.”

“It’s absolutely crazy the length of time it’s taking,” he said. “People’s lives, in some cases, have been literally put on hold when you take planning permissions into account so the sooner the route is picked on that – we were supposed to have one last June – the better. But here we are in January and we still don’t have a route. That really needs to be prioritised.”

Plans to upgrade the N25 were initially discussed at the Municipal District’s October 2019 meeting.

During a presentation to Councillors, Richard Neurling, Technical Director of road design firm Atkins, explained that Kilkenny County Council’s Executive was keen to progress the project “to the point where all the legal requirements associated with it would be met”.

On October 10, 2019, this reporter wrote: “A public consultation process will be entered into as part of the project which has identified a study area from which a preferred route corridor is likely to be identified by mid-2020. The design phase, taking Compulsory Purchase Orders (CPOs) into account would be finalised by mid-2021 before proceeding to An Bord Pleanála by early 2022, followed by tendering for the works. However, there remains ‘no definite timeframe’ in terms of the first sod turning.”

“These things are taking too long.”

Meanwhile, Cllr Pat Dunphy (FG) queried how long members would be left waiting for news in relation to enhancing both the aforementioned N25 along with the N24 between Waterford and Cahir, taking his native Mooncoin into account.

“These things take so long – far too long – and ends up putting so many other things on hold as a result and it’s just not good enough,” he said.

“And it also brings to mind the proposed work on the N24; you’d have to wonder what sort of delays are people along that road going to face when it comes to that project, which is badly needed. All of these projects are taking too long to get off the ground and into reality. We’re going to have to raise this at full Council level again because these matters ought to be resolved a lot quicker.”

Mother and Baby Homes victims should be “placed first and foremost”