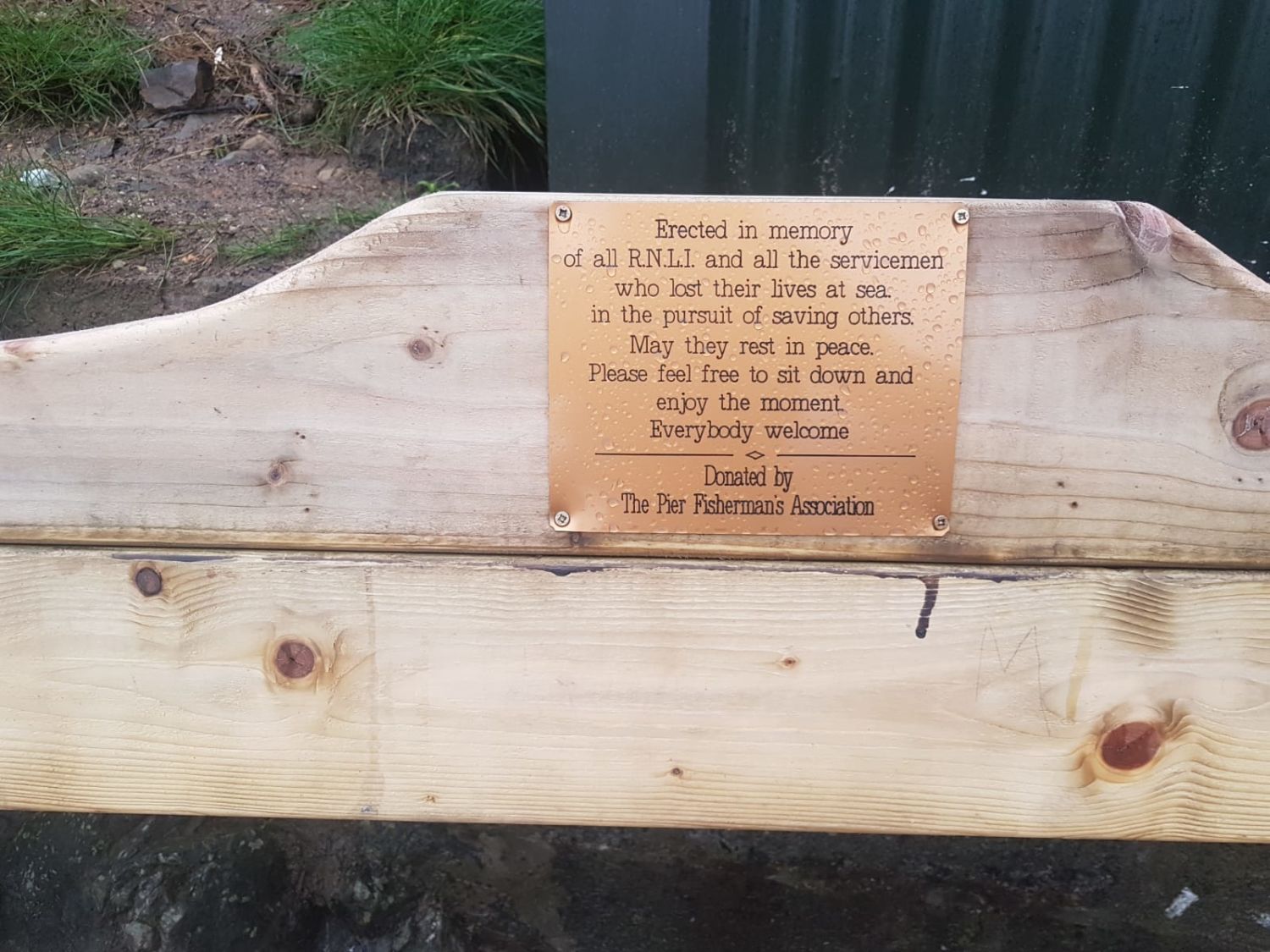 FOLLOWING a story run last week by the Waterford News & Star, Waterford Council has claimed responsibility for removing two benches from the Pier in Tramore. The wooden benches had been adorned with a brass plaque each in commemoration of lives lost at sea. The seats were paid for and erected by a group of Waterford fishermen who spend time frequently in the Pier area.

Last Thursday, a spokesperson for Waterford City & County Council noted that in mid-December two wooden benches were erected on public space on the Pier. Waterford Council said “no permission was sought from the Council at any level, no contact was made with the Council in advance of the erection of these benches and no authorisation or assent was given by any Council official.” It has been suggested by Waterford Council that although the memorial benches were commemorating those who have lost their lives at sea, together with the work of the servicemen involved in the sea and air, that no contact was made with any service bodies before writing such an inscription.

The fishermen said that within eight days of their installation, the benches were forcibly removed from the ground, leaving only evidence of bolts behind. This led to them reporting a theft to the local Gardaí. Harbour Constable for the Pier, Michael O’Sullivan was unavailable personally for comment on the matter.

“Once the Council became aware of the benches at the Pier in Tramore and in the absence of knowing by whom or how they were erected we arranged for their removal,” said a spokesperson for Waterford Council.

The benches were bolted into the ground on the perimeter of the Pier walkway, adjacent to the galvanised storage sheds used by the fishermen. It is understood that the land under the sheds is private land engaged in a long-term leasehold with Waterford Council. In his statement to this newspaper last week, licensed fisherman Maurice O’Rourke said he was “heartbroken” by what he termed “an act of bitterness and maliciousness.”

Waterford Council are holding the benches until such time as they are collected by the owners.

Waterford woman Jeni Pim says “It has killed my soulmate.”